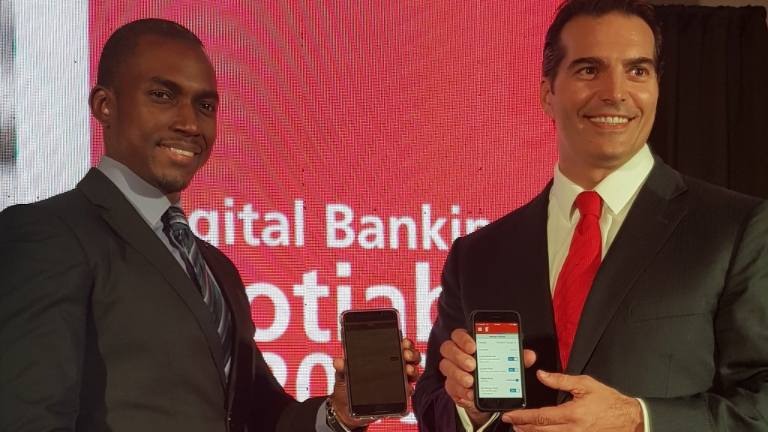 Scotiabank customers can breathe a little easier as the bank is assuring that it is implementing measures to combat phishing and card skimming.

This comes following multiple reports of customers accounts being compromised in the later part of last year.

Just last month a skimming device which was discovered at one of Scotiabank's ATMs in Freeport leaving customers concerned about the security of their accounts.

Speaking at the Scotiabank's 49th Annual Meeting with Shareholders on Wednesday, Managing Director and Senior Vice President Stephen Bagnarol said the bank has already implemented an alert system where customers receive messages about their account activity.

He said more than 100,000 alerts have been sent out since the system was implemented, which allows customers to be aware of any suspicious activity which they can report to the bank in a timely manner for action to be taken.

Bagnarol said this system has resulted in a 90 percent reduction in skimming and other fraudulent activity.

Scotiabank Vice Chairman George Janoura added that the bank is also moving to phase out the current debit cards which are to be replaced with ones using a "smart chip" technology.

He said the security chip has worked to curb credit card fraud and has additional security features to better protect customers from card skimming.

The new debit cards are expected to be implemented within the next few months.

Janoura, however, urged customers to take measures to protect themselves as he said the bank has invested in media campaigns to inform customers about the risk of fraud.

Despite the hiccups, Scotiabank is celebrating a successful financial year 2018. The bank is boasting revenue of $1.83 billion in 2018, which Janoura said is a six percent increase over 2017.

But, he noted that the economy is still facing challenges and he raised concerns with rising unemployment due to job losses in the public and private sector. He added that foreign exchange shortages continue to pose a challenge.

However, he said the bank fully supports the government in making the "tough decisions" that will put the country on a sound and sustainable footing.