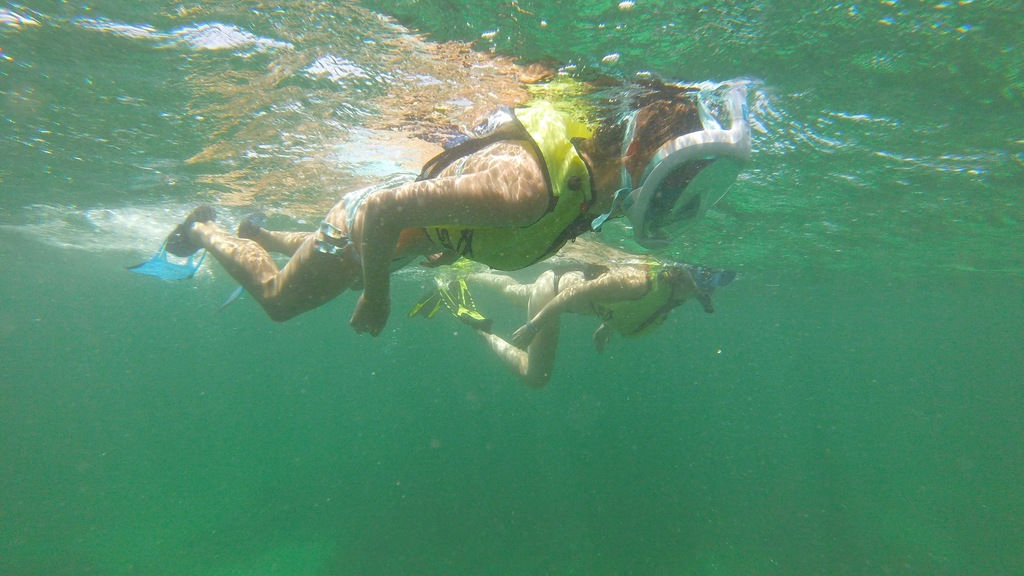 Boomerang Reisen travel agents snorkel at the Buccoo Reef during the fam trip.

Boomerang Reisen is a long-haul travel specialist with more than 25 years in the market, operating 15 branches in three European countries.

In 2018, the company started a program for the Caribbean featuring select top destinations, and they have now added the unspoiled, untouched and undiscovered Tobago to their program.

A release from TTAL said it will partner with Boomerang to undertake a pro-active approach to promote Tobago and its tourism products, with several campaigns encompassing traditional and online advertising elements.

At ITB Berlin held in March of this year, one of the Tobago Tourism Agency’s objectives was to reinforce the support of major tour operators and re-establish the positive reputation of Tobago, ensuring that new earmarked partners are confident in the destination as a lucrative investment.

With the launch of the Tobago Beyond brand and Go to Market strategy in Europe, Boomerang Reisen was one operator approached to further penetrate Tobago’s presence in the German market.

TTAL Marketing Coordinator Sheena Des Vignes stated, “Germany is our second-largest source market and among the world travel champions, thus it is vital that we create increased awareness among consumers in that region. By tapping into this lucrative source market, the Tobago Tourism Agency endeavours to inspire interest in travellers seeking a unique experience for a holiday that goes beyond ordinary.”

Between October 1 and 8, TTAL hosted a familiarisation trip with travel consultants representing four branches of Boomerang Reisen, to deliver first-hand knowledge of the island and its unique selling points and create a pool of properly qualified agents to sell the island in overseas markets.

The trip included a networking event on October 7, giving Tobago’s tourism stakeholders the opportunity to meet with the travel agents

Susan London of Bacolet Beach Club was one of the stakeholders at the event and enthused about the value of the networking initiative hosted by TTAL, as well as the addition of a new tour operator to sell destination Tobago.

“I am happy because we now have this opportunity to expose Tobago even further on the map by opening this extra channel. This is a plus for Tobago, and Tobago’s tourism,” she said.

Tobago Tourism look to other airlines for Thomas Cook travellers