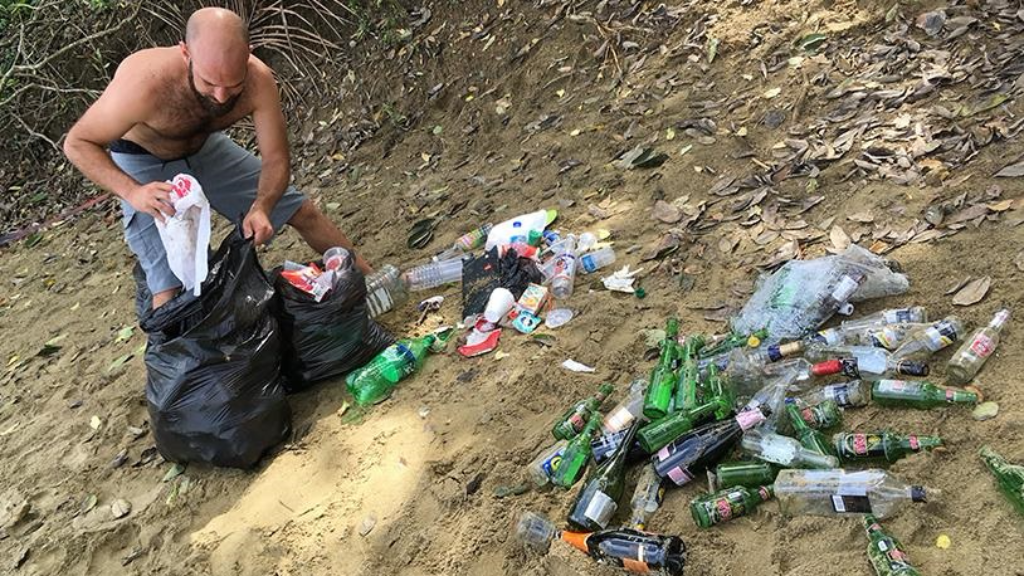 One visitor worked hard on New Year's Day to clean up empty beer and champagne bottles, along with other bits of garbage, at Grafton Beach, Tobago.

One woman slammed limers who visited a Tobago beach on New Year's Eve and allegedly left behind piles of garbage.

Her photos, which were shared publicly to Facebook on New Year's Day, went viral as outraged citizens slammed the New Year's Eve litterbugs.

After seeing the piles of garbage left behind on the once-pristine beach, Gail Pantin and a friend decided to painstakingly clean up the piles of debris left by the partygoers, with the assistance of the nearby Plantation Villas, which kindly provided black garbage bags.

"Whoever you are, you know what you did! You brought your family, friends and even your kids, you had a fabulous time...You came, you went and you left behind plenty trash."

"I just can’t grasp that you can be so insensitive and irresponsible and thoughtless to not consider removing all your garbage, trash and rubbish," Pantin said. 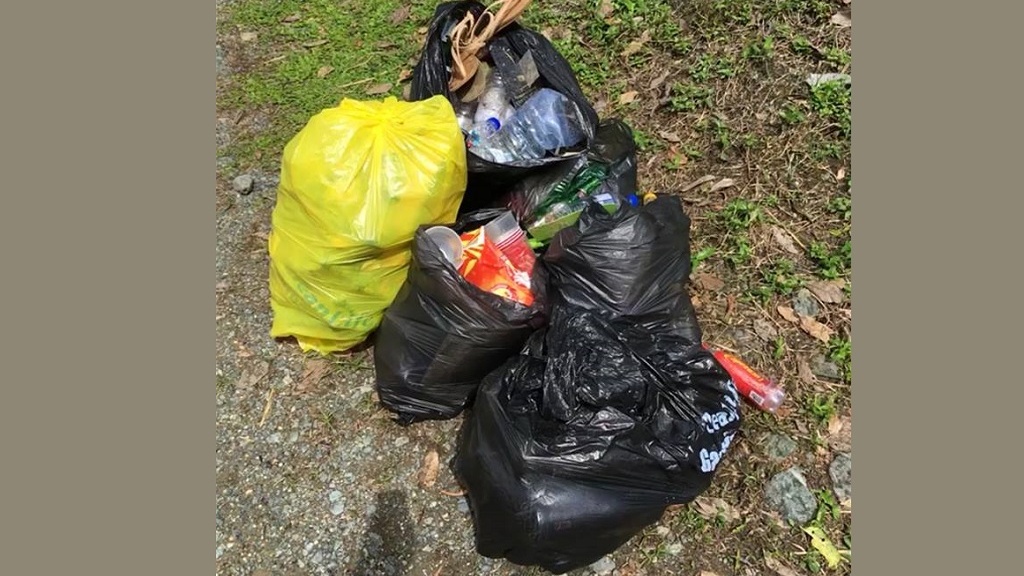 (Photo: Four bags of garbage were collected, which Pantin said was from just one New Year's Eve lime.)

Pantin said the debris which was brought down by heavy rains did not create as much garbage as the group of limers.

She also included a photo of a dead turtle, pointing out the deadly consequence of garbage for sea turtles.

"This turtle and many more suffer and die because of careless people like you who think it isn’t necessary to make a difference…. who rather than pick up trash/garbage/rubbish just leave it there for others… and have it end up in the sea."

Citizens slammed those responsible, calling on Trinbagonians to clean after themselves.

“Why oh why does this happen every year ?!? And now carnival is coming and the same thing will happen! Have some goddamn respect PLEASE! I have been in Trinidad for Christmas for the first time in years and I cannot believe the filth and the crap that people throw out of their cars? They want a clean car but to pollute and dirty the island they live on!"

"Just disgusting. It's the same irresponsible mentality that promotes or defends the use of fireworks and governs the country. You expect anything better from future generations?"

"I could NEVER understand Trinis mentality towards dumping their garbage irresponsibly! The VERY SAME bags they brought these items in to the beach are the same bags that could've been utilized to carry their refuse with them!"

"Hmm they big and wotless to nasty it and leave it so stueps. I sure they met it clean. Only in Trinidad smh. Other countries beaches always nice and clean. It does look so bad when tourists come here and see the terrible state some of our beaches in."

"Nasty stinking Trinis. Only positive thing happening in Trinidad is that we are regressing. Garbage all over the country."

"This is why Tobagonians hate Trinis."