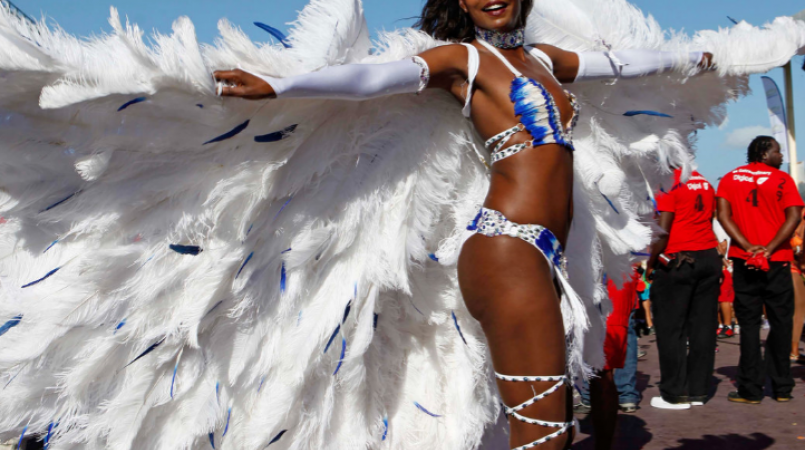 Written by Baz Dreisinger, Caribbean's Carnivals Tips Their Hats To Trinidad touches on how deeply embedded Carnival is, not only in the culture but in its people. It includes interviews with several local fete promoters on what the season means to Trinbagonians.

“Carnival to Trinidadians is like soccer to Brazilians,” said Wayne Henry, a founder of ValeVibe, a 23-year-old Trinidadian events company. “In the past, we’ve tended to keep our culture to ourselves, but now Trinis have gained the confidence to export something we certainly do well: party and have a good time.”

Jules Sobion of Caesar's Army explained that his team focus on selling an experience, not just a party. That experience, he believes, is what keeps his patrons coming back for more and what has created demand regionally.

“If I can give a party in a volcano before it erupts, I’ll do it,” said Jules Sobion, the chief executive of a Trinidad events company called Caesar’s Army. Having attended his signature event, A .M. Bush, on three islands, I believe him. Annually thousands of revelers — including, last year, Rihanna, who partied with Caesar’s Army on her home island, Barbados — scramble for tickets to line up at 3 a.m., follow music and drinks trucks through fields, cover themselves in paint and hose themselves down as the sun comes up. The dancing persists till noon.? We do the unexpected,” Mr. Sobion explained. “What does Caesar’s Army do? We export fun.”

Kwesi Hopkinson, head of Scorch explains that the presence of certain Trini brands in regional carnivals serves as an endorsement in that carnival. “Scorch is really a regional thing, meant to connect all the islands’ cultures. So when we arrive at a particular carnival, it’s an endorsement, a seal of approval that, ‘Yes, this carnival is officially happening.’”

Fashion designer Anya Ayoung-Chee also threw her two cents in, saying that while it's great to see Trini influence in various carnivals throughout the region, it's important that Trinidad maintains its own distinct flair.

“What I definitely don’t want to see, with Trinis carrying our culture throughout the region, is the homogenization of carnival." "My focus is always, how do we think about it beyond copy-and-paste, from island to island? How do we preserve traditions, but also how can we hybridise, recognising that carnival culture is always evolving?”