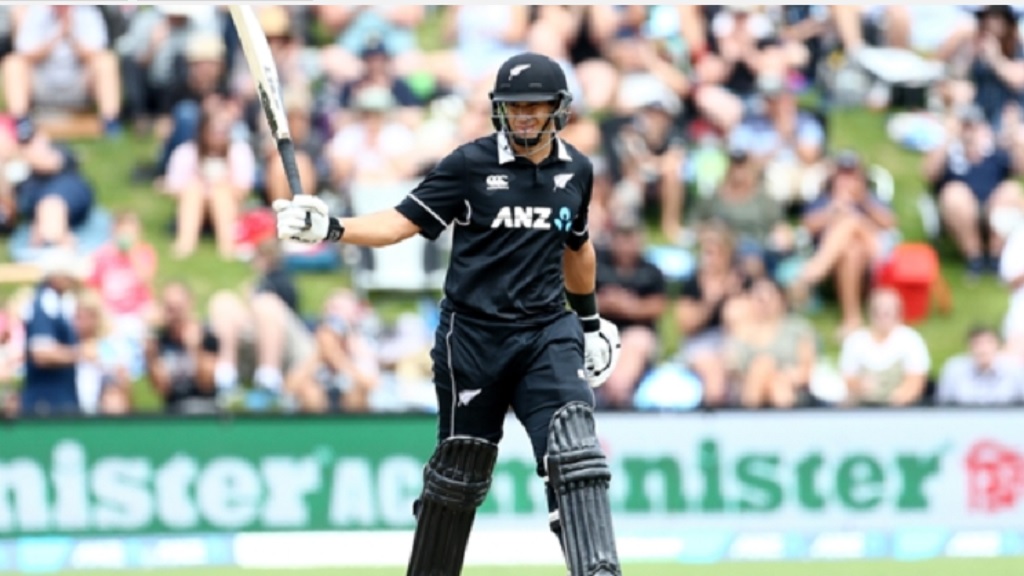 New Zealand sealed a One-Day International (ODI) series whitewash over Bangladesh with a resounding 88-run win in Dunedin on Wednesday.

Taylor made history with his innings, going past Stephen Fleming as New Zealand's all-time leading run-scorer in the 50-over format.

Bangladesh were never in the chase, Tim Southee (6-65) reducing the tourists to 2-3 as they were all out for 242 as the Black Caps sealed a 3-0 series win despite a fine innings from Sabbir Rahman (102).

After opting to bowl first, Bangladesh made a solid start as Mashrafe Mortaza (1-51) trapped Colin Munro (8) in front.

Coming off two centuries this series, Martin Guptill fell for 29 – but it took a special piece of fielding to dismiss the opener.

Tamim Iqbal had to throw the ball into the air as he overbalanced over the boundary at long on, jumping back into play to complete the catch off Mohammad Saifuddin (1-48).

Taylor and Nicholls steadied New Zealand, the former bringing up 8,000 ODI runs before passing Fleming's record, as they combined for a 92-run stand.

Nicholls and Taylor both fell short of tons but the Black Caps still managed to take 106 off the final 10 overs.

Bangladesh's hopes of a successful chase were ripped apart by Southee, who struck three times in his first two overs.

Tamim (0) carelessly edged the paceman through to Latham before Southee bowled Soumya Sarkar (0).

Windies star Gayle to retire from ODIs after World Cup