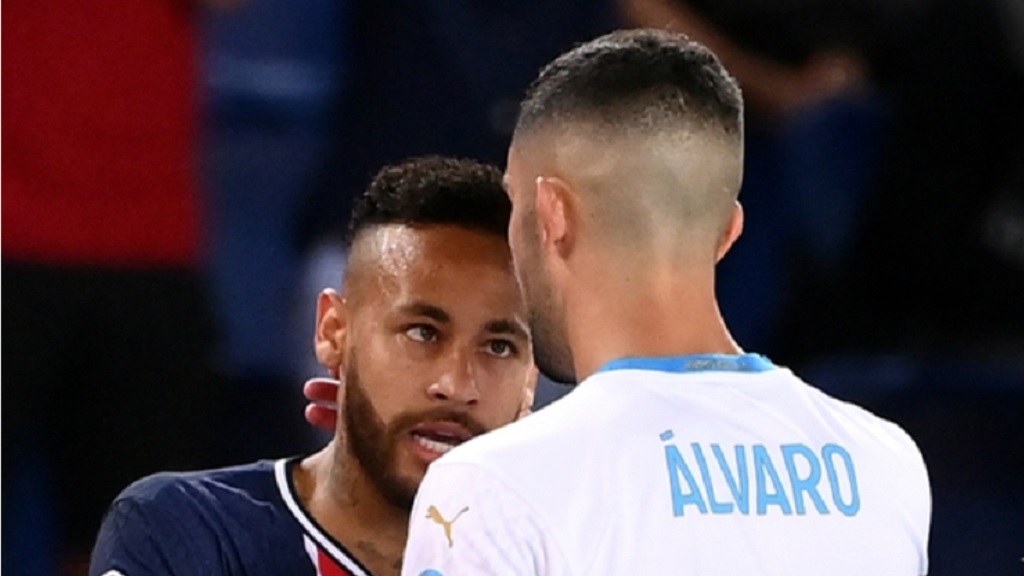 PSG's Neymar (left) and Alvaro Gonzalez of Marseile in conversation during the French League One football match at the Parc des Princes in Paris, France, Sunday, Sept.13, 2020. (AP Photo/Michel Euler).

Neymar is facing a four-game ban for striking Alvaro Gonzalez after he accused the Marseille defender of racism, according to former Paris Saint-Germain (PSG) winger Jerome Rothen.

The Brazilian superstar was one of five players to be sent off at the end of Sunday's Classique, which Marseille won 1-0 at the Parc des Princes.

A VAR check showed Neymar striking Alvaro on the back of the head, with the forward later saying he was subjected to a racial slur – an allegation his opponent has since categorically denied.

PSG and Marseille have fully backed their respective players and are awaiting a review from French football's governing body, the Ligue de Football Professionnel (LFP).

A decision could be made as early as Wednesday and Rothen is expecting Neymar to be hit with an extended suspension.

"For Neymar, it will be four games, I'm sure," he told RMC Sport. "I've been there before after fighting on a field. I had four games."

Reigning Ligue 1 champions and Champions League finalists PSG have kicked off their 2020-21 campaign with back-to-back losses, having also been beaten 1-0 at Lens last week.

Thomas Tuchel's side are back in action on Wednesday with a home league meeting against Metz, before taking on Nice, Reims and Angers in the next 16 days.