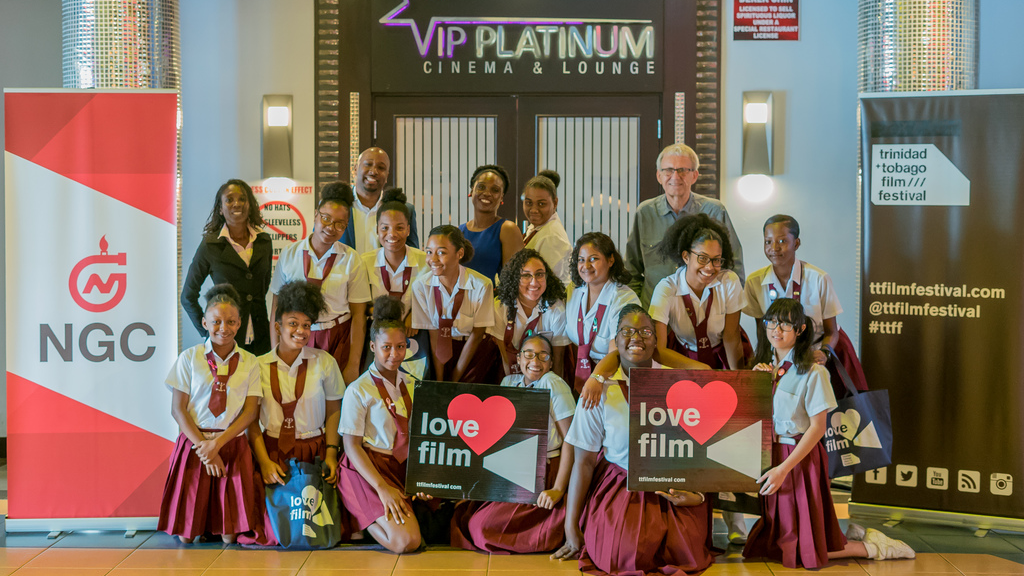 As part of ongoing efforts to support and develop a national film industry, The National Gas Company of Trinidad and Tobago Limited (NGC) has partnered with the  trinidad+tobago film festival (ttff) has on a three-year film development programme, ‘Shooting Stars’, for secondary school students.

The trinidad+tobago film festival (ttff) celebrates films from and about the Caribbean and its diaspora, as well as from world cinema, through an annual festival and year-round screenings. In addition, the ttff seeks to facilitate the growth of Caribbean cinema by offering a wide-ranging industry programme and networking opportunities.

Four secondary schools throughout Trinidad and Tobago have been selected to participate in the programme:

At the launch, Myles Lewis, NGC’s Head, Corporate Social Responsibility, noted both NGC and the ttff shared similar goals of building on human capacity in the creative industry.  He urged the students attending to shift the camera’s focus from selfies to another perspective as a way of self-discovery and development.

Phase One of Shooting Stars is aimed at developing filmmaking, project management, team-building, and negotiation skills. In addition, specialists and experts in social/environmental/economic or other issues selected by the schools will be provided to conduct workshops, facilitating a deeper understanding of the selected subject matter. The schools will then be called on to produce a five to ten-minute film on a major challenge or issue impacting their school.

Through experiential learning and mentors, students will develop both professional filmmaking and transferable life skills that will impact their socio-cultural development for the long term. It is envisioned that students participating in any one year will gain proficiency in project management, time planning, and basic filmmaking skills.

Students participating in two years of the programme will hopefully gain more in-depth scriptwriting and filmmaking skills; while those participating over the three years will likely leave the programme with specialist skills and a level of proficiency that can take them to tertiary level education in filmmaking or an early career in TV or film production.

For many young people, this will provide an opportunity to enter a profession that might not otherwise have been open to them.

At the end of Phase One, the four films will be premiered during ttff/19 and will compete for the NGC Shooting Stars Award for Best Film. There will also be prizes for Acting, Directing, Editing, Sound Design and Costume, and Art Design among others. These films will also be shared with other schools via a national tour in September 2019.