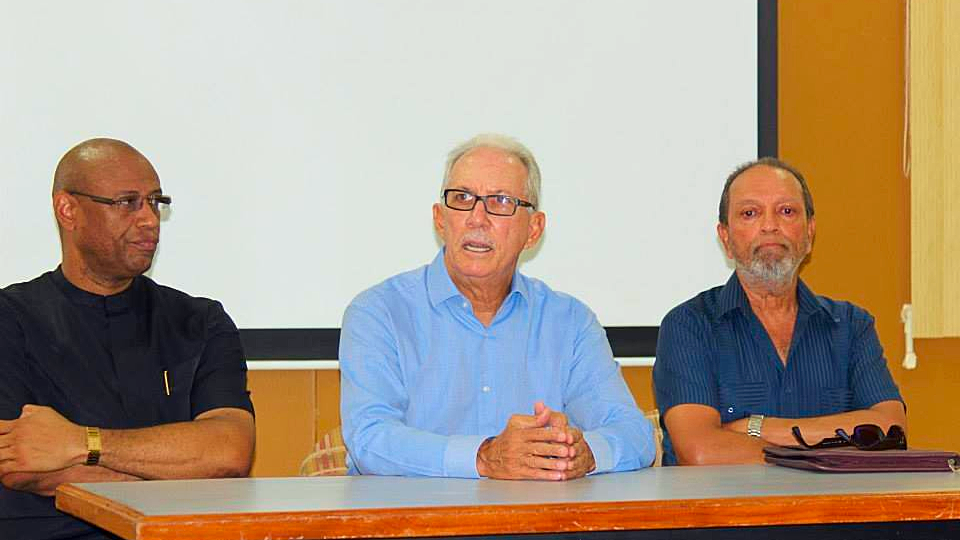 Local NGOs have slammed Petrotrin Chairman Wilfred Espinet for his attack on the Industrial Court as a 'new low'.

Espinet recently criticised the Industrial Court after it ruled in favour of the Oilfield Workers' Trade Union (OWTU) to halt the issuing of severance letters to Petrotrin workers.

The injunction was later blocked by the Appeals Court.

A statement issued by the Civil Society Organisation T&T, which is comprised of a range of local NGOs, said Espinet's attitude to the courts is disrespectful and culturally insensitive.

"We the Civil Society Organizations of T&T committed to ensuring that the PETROTRIN matter is dealt with in the spirit of good governance and fairness call upon the Chairman of the Board of PETROTRIN Mr. Wilfred Espinet to withdraw your attack on the Industrial Court."

"To describe the Industrial Court as irrelevant is yet another example of the Board Chairman’s recalcitrant, disrespectful and culturally insensitive engagement with the people of this country. Mr Espinet, you have proven yet again, that you are quite willing and able to show your disregard that often borders on contempt for the workers of Trinidad & Tobago."

The group said the Industrial Court is a critical arm of the judicial machinery and protects the rights of workers.

The group also highlighted the Industrial Stabilisation Act which allowed for the settlement of trade disputes and industrial matters, which improved the practice of labour relations and employment law.

"Mr Espinet, employers in Trinidad & Tobago are not so evolved that they are steadfastly committed to the tenets of natural justice as they deal with their work force. Quite frankly, neither are some workers as they deal with their employers. However, the refusal of the court to rule in a manner deemed by you to be right and just does not make the institution irrelevant."

"In this entire saga Mr Espinet, from the Tuesday 28 August 2018, a mere three days before our country’s 56th Independence Anniversary, when the closure of the refinery was announced until now, you have exercised your right to put your foot in your mouth on occasion and you have even misrepresented fact when necessary. Indeed, some may say that is your right."

"However, your attack on the Industrial Court is a new low. Even for you and that is too far," the group said.

The Civil Society Organisation T&T is comprised of the following groups:

Network of NGOs for the Advancement of Women Organization for Abused and Battered Individuals (O.A.B.I)

The Network of Rural Women Producers of T&T

Barack Obama to be honoured next month by PEN America