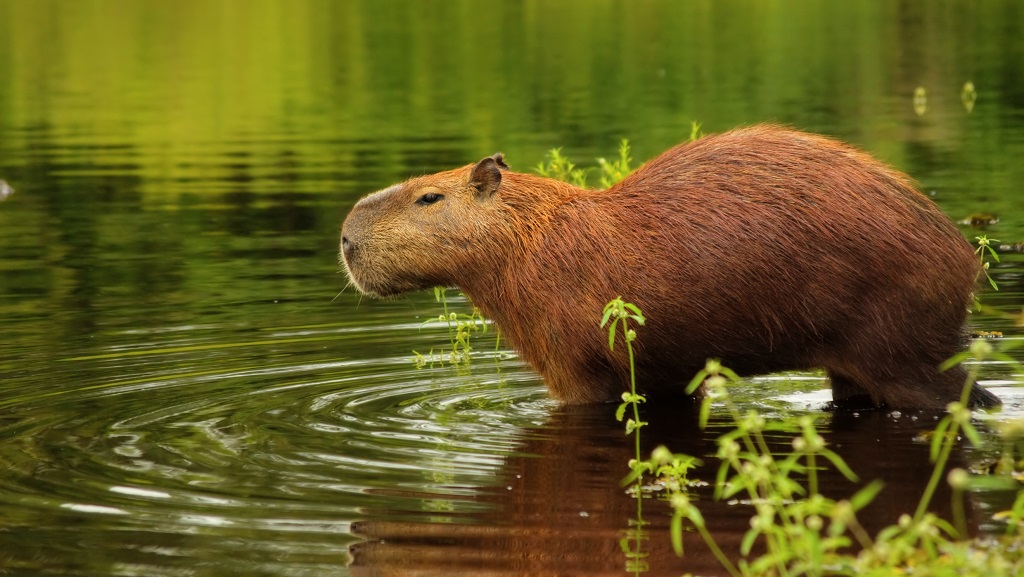 Conservation NGOs are asking for clarification regarding the recent classification of the Capybara as vermin.

According to recent amendments made by the Ministry of Lands, Agriculture and Fisheries, the Capybara has been added the Third Schedule of the Conservation Wildlife Act and listed as vermin.

The amendments come ahead of the start of the hunting season on October 1, 2019.

Minister of Agriculture, Lands and Fisheries Clarence Rambharat told Loop News that he has received numerous complaints from farmers about capybaras, which are native to South America but have since been seen in parts of Trinidad.

“I have numerous complaints from farmers about the Capybara. It is non-native and multiplies rapidly. Originally they were in the Guayamare area and along Caroni banks.”

“Now they go all the way up to Orange Grove and on the North Bank of the Caroni River into South Aranjuez.”

“By putting the Capybara on the vermin list land, owners can hunt and destroy them on their private land,” he said. 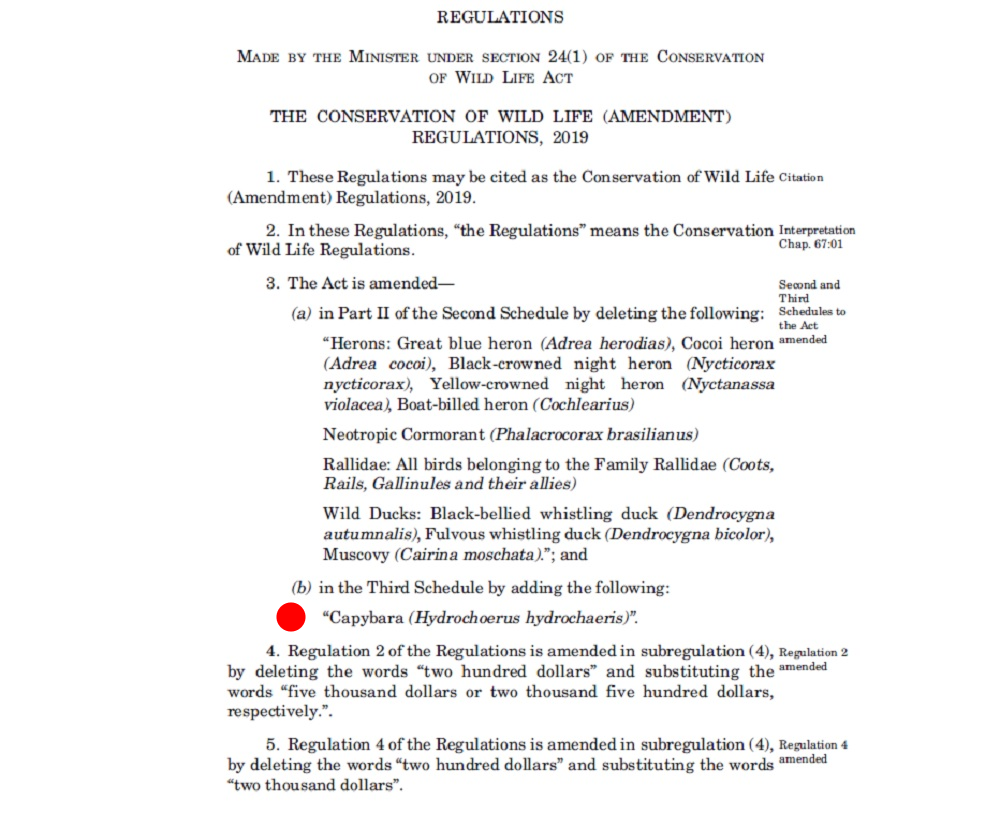 Under the act, a person can kill vermin once it is on private land – this does not include state lands or game sanctuaries.

Conservationist and director of the local Wildlife and Environmental Protection of Trinidad and Tobago Kristopher Rattansingh said he is not in agreement with classing capybaras as vermin and asked for proof that the creatures are a threat to crops.

“Sadly, despite our efforts to prevent the Capybara from being listed as a vermin species without extensive research and surveys, the capybara can now be killed and exterminated on private properties only.

A letter from the Council of Presidents of the Environment (COPE) sent to Minister Rambharat in July 2019 expressed concern over reports of the animal being a pest.

“We have heard the capybara will be listed as a vermin species allowing eradication of this without allowances of season or management, as it has been deemed an alien invasive species.

“Our issue here is that there is lack of evidence to lead us to believe that this species poses a threat to any native species or livelihoods of any sector.”

The group said based on feedback from residents living in close proximity to the Caroni River indicated that numbers are fairly high, but the animals pose no threat to agriculture.

Other changes include a ban on the hunting of all waterfowl.

Additionally, using artificial light for the purposes of hunting is now subject to a $2,500 fine.

Rattansingh said however that the other amendments are a step in the right direction.

“We are very pleased to see some very welcome amendments to the Conservation of Wildlife Act which include the removal of all Herons, Rallidae (Rails, Gallinules etc), the Neotropic Cormorant and Wild Ducks from the Second Schedule which means they can no longer be hunted at any time and the law now offers complete protection of the species and hunting them can result in a fine of $5000.”

No person shall hunt or have in his possession any protected animal, contravention of this is $5,000.

Rattansingh clarified that under these amendments, no person can have more than the legally allowed amount of permits (now a $5000 fine) or fail to submit their Mandatory Data Collection form (now a $2500 fine).

“This is a great preventative measure from people gaming the system and also ensures the proper documentation is done which contributes to valuable data used in the protection and conservation of our local species,” he said.

Additionally, capturing a bird using any method other than a trap, using bird lime or keeping a bird in a cage too small is now subject to a $2,000 fine.

“This is a great step toward the bird’s welfare and treatment and is welcomed,” he said.

Additionally, clipping the wings of any protected animal can now result in a fine of $1,000 which is great for the animal’s welfare, he said.

The amendments have also limited the hunting of iguanas to October 1-December 31, 2019.

“No person shall have, serve, purchase, sell, offer or even advertise any game species during the closed season, additionally, the same is extended with regards to iguanas for the period of January 1st to March 1st which means that a person can have, serve, purchase, sell, offer or advertise iguana from the 1st of October to the 31st of December only.”

“Contravention of this now results in a $10,000 fine and this is a huge step toward the conservation of all species and a great preventative measure toward the end of poaching game species in the closed season especially with iguanas. Additionally, Iguanas cannot be hunted in the municipality of Port of Spain anymore,” Rattansingh said.

Rattansingh said he and other conservationists hope these laws will be adhered to.

“These amendments really do make a step in the right direction when it comes to the Conservation of Wildlife, the intent of this act, and with these updated fines we hope to see that these laws are taken more seriously and are adhered to.

“We thank Senator The Honourable Clarence Rambharat and his team for their efforts in protecting our biodiversity here in Trinidad and Tobago and congratulate them on a job well done.

“Myself and several of my colleagues will continue to do everything we can to ensure that these decisions are not taken lightly and are not allowed to be conducted without educated decisions being made,” he said.

List of Pests/Vermin according to the Second Schedule (hunting allowed on private lands only):

Link to the Legal Notice via the Gazette: https://bit.ly/2kmuyAc