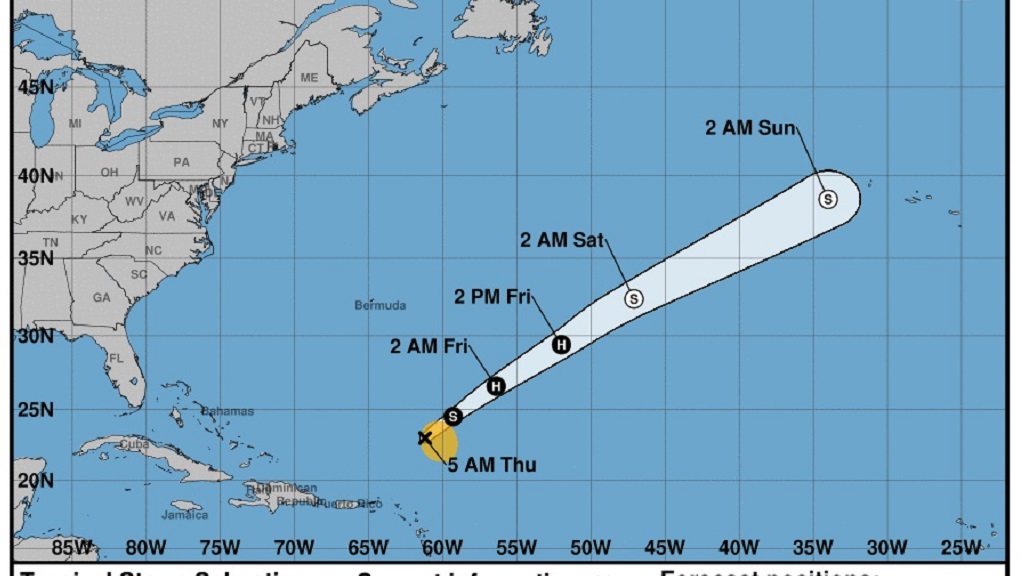 The US National Hurricane Centre said Tropical Storm Sebastien is forecast to become a hurricane by Thursday night, as the storm continues on its path toward the central Atlantic.

The storm does not pose a threat to the Caribbean and there were no hazards approaching land.

...SEBASTIEN EXPECTED TO BECOME A HURRICANE BY TONIGHT...

There are no coastal watches or warnings in effect.

At 1100 AM AST (1500 UTC), the centre of Tropical Storm Sebastien was located near latitude 23.5 North, longitude 60.5 West. Sebastien is moving toward the north-northeast near 8 mph (13 km/h).  A faster northeastward motion is expected during the next few days.

Maximum sustained winds are near 60 mph (95 km/h) with higher gusts. Sebastien is forecast to become a hurricane by tonight, but a weakening trend is expected to begin by late Friday.  The system is likely to become an extratropical cyclone by Saturday.

Tropical-storm-force winds extend outward up to 160 miles (260 km) from the centre.