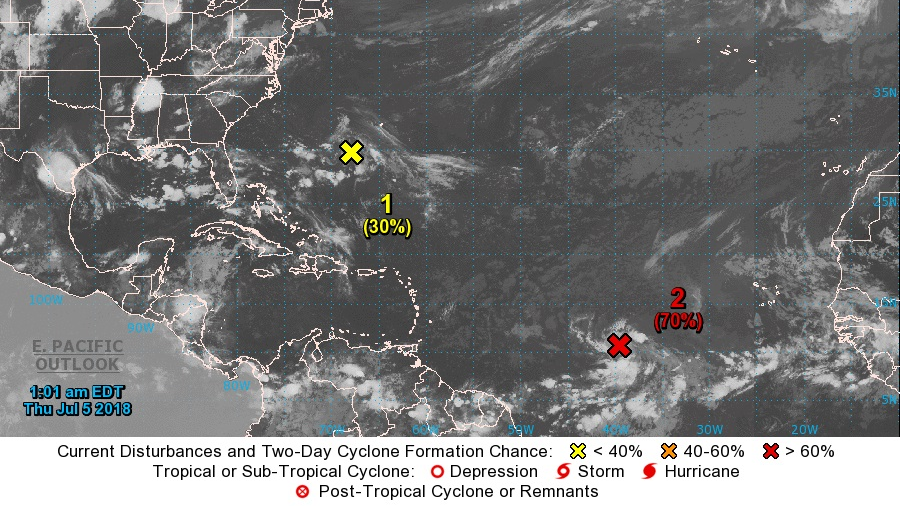 UPDATE July 5, 2018, 5:37 am: An approaching tropical wave now has a 70 percent chance of becoming a tropical depression, according to the US National Hurricane Center.

In an update shared on Thursday at 2:00 am, the NHC said the weather system is travelling west north-west on a path toward Trinidad and Tobago and the rest of the Caribbean. 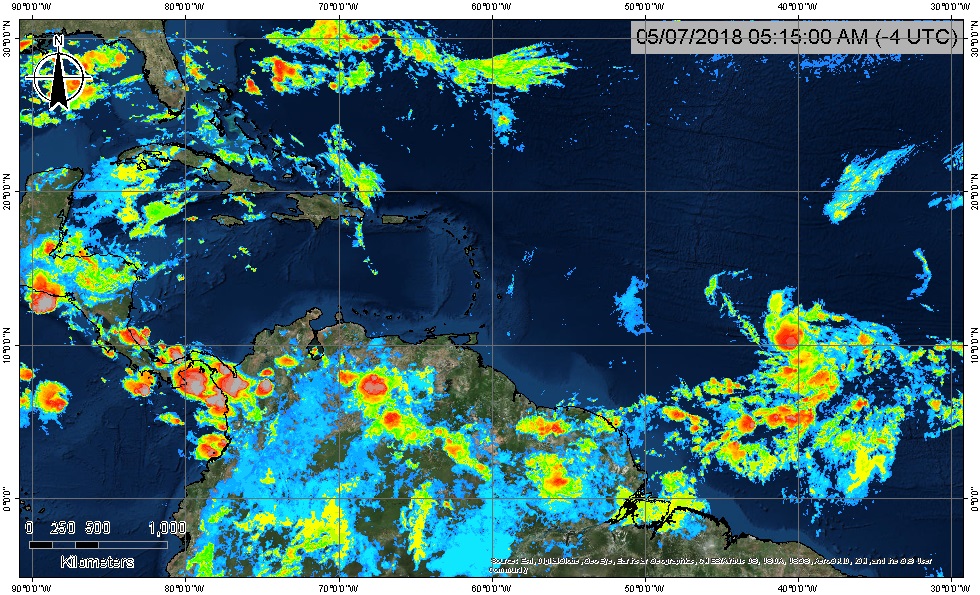 The update is as follows:

"Satellite images indicate that the shower activity associated with a small area of low pressure and a tropical wave located between the Cabo Verde Islands and the Lesser Antilles remains well organized, and a tropical depression could form at any time soon.

This disturbance is forecast to move westward or west-northwestward at 15 to 20 mph over the tropical Atlantic Ocean.

However, in a few days, the upper-level winds are forecast to become unfavourable, and the system is expected to degenerate into a trough of low pressure before it approaches the Lesser Antilles. *

The Trinidad and Tobago Meteorological Service said in an update on Wednesday afternoon that it is monitoring this weather system closely. If the system continues on its present path, it may pass over or near Trinidad and Tobago in the early hours of Sunday morning.

"Tropical Wave axis is expected to pass in the early hours of (Sunday) morning. Cloudy conditions with showers and possible thunderstorms can be expected."

"As the Tropical Wave moves closer to the Lesser Antilles, conditions are expected to become less conducive for cyclone development. However, it must be noted that this Wave will still bring moist and unstable conditions into our area," the Met Office said.

The Met Office is also warning of a heavy presence of Saharan Dust and advised the public to take the necessary precautions, especially if prone to respiratory ailments.

Tropical waves are areas of low air pressure which move from east to west across the tropics, causing areas of cloudiness and thunderstorms.

A tropical depression forms when a low-pressure area is accompanied by thunderstorms that produce a circular wind flow with maximum sustained winds below 39 mph.

An upgrade to a tropical storm occurs when cyclonic circulation becomes more organized and maximum sustained winds gust between 39 mph and 73 mph.