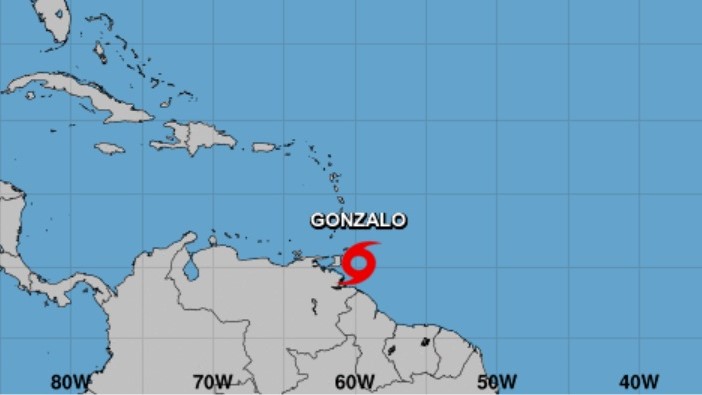 The National Hurricane Center, based in the United States, is reporting that as of 8 am on Saturday, July 25, Tropical Storm Gonzalo is 100 miles East of Trinidad. This means that the NHC expects a more direct hit for Trinidad than previously expected.

Tobago still remains in the storm’s firing line as well.

Orange Level Weather Alerts have been set by local weather agencies; Trinidad’s alert takes effect at 11 am while Tobago’s is already in effect, it started at 8 am.

Late on Friday, the storm veered slightly south than previously projections, putting Trinidad in a more direct line to the storm than usual. 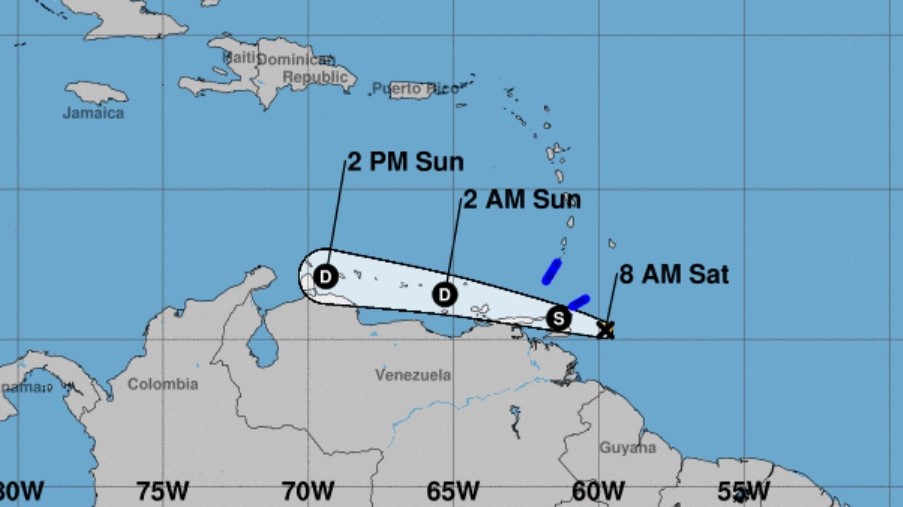