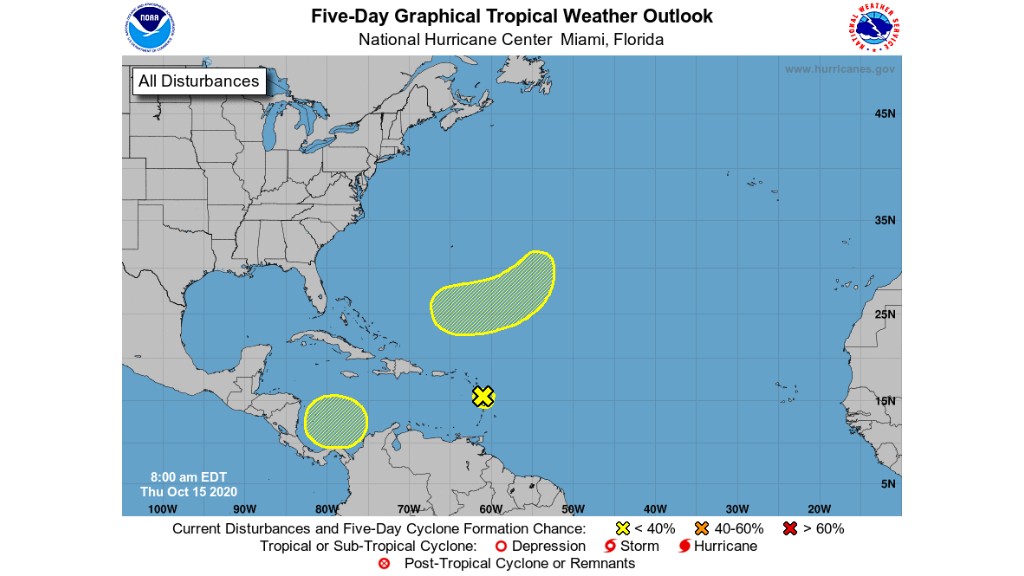 The US National Hurricane Centre (NHC) now has its eyes on three low pressure systems over the Atlantic basin.

The first low pressure is located near the Lesser Antilles and the NHC said it has become less defined since yesterday.

NHC said strong upper-level winds are expected to continue to inhibit the low pressure’s development while it moves west-north-westward over the next couple of days.

Although development is no longer anticipated, NHC said the system could produce locally heavy rainfall across portions of the Lesser Antilles, the Virgin Islands, and Puerto Rico over the next few days.

It has a near zero chance of formation during the next 48 hours and five days.

The second system that is a broad non-tropical low pressure system is expected to form during the weekend several hundred miles east-southeast of Bermuda.

NHC expects some slow development early next week while the system moves south-westward and then westward.

The system is expected to pass midway between Bermuda and the northern Lesser Antilles.

The final area of concern is a broad low pressure which could form by early next week over the south-western Caribbean Sea.

Some gradual development of the system will be possible thereafter while it moves slowly west-north-westward.

Experts project another major hurricane and four storms in the region