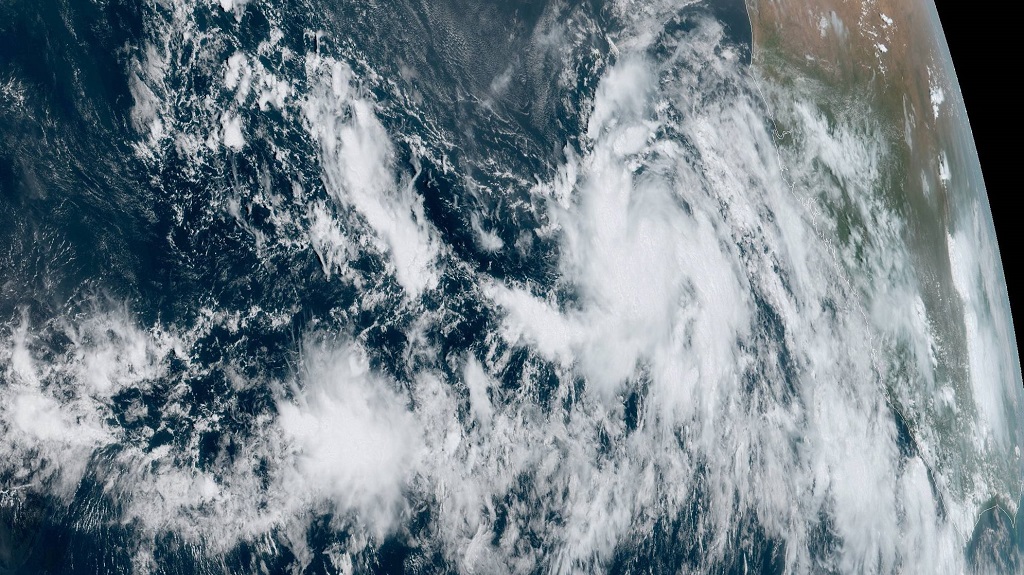 Even as Tropical Storm Karen heads for the US and British Virgin Islands, another Tropical Storm, Lorenzo, has formed in the Eastern Atlantic.

The US National Hurricane Centre said in an update on Monday that Tropical Depression Thirteen has been upgraded to Tropical Storm Lorenzo. 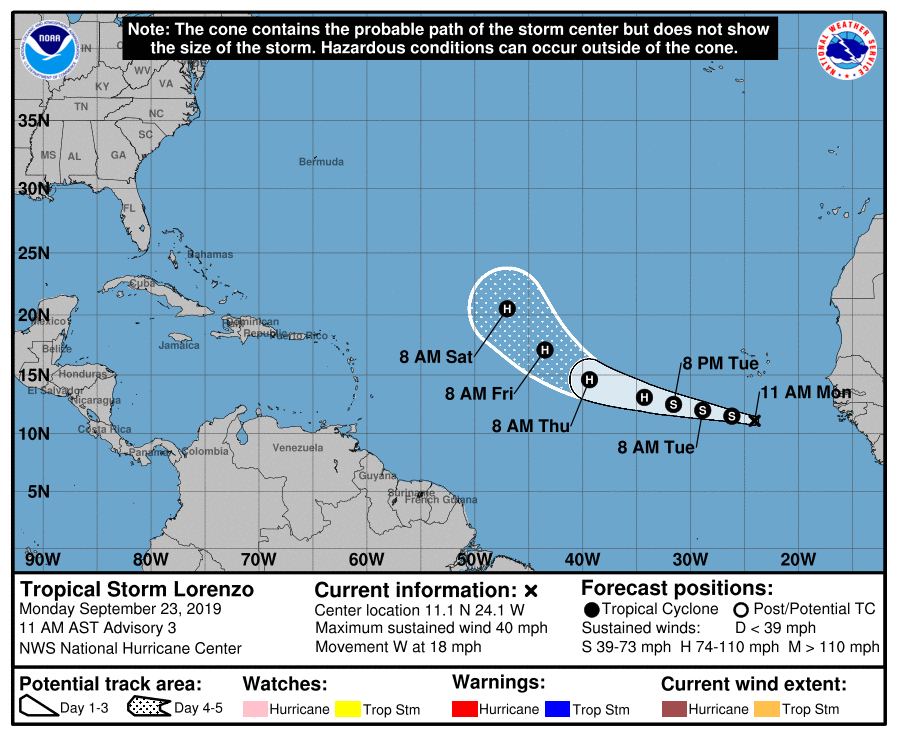 There are no coastal watches or warnings in effect. Interests in the Cabo Verde Islands should monitor the progress of this system.

The NHC said as of 11.00 am Monday the storm was centred over the far eastern Atlantic Ocean about 255 miles (410 km) south of the southernmost Cabo Verde Islands. 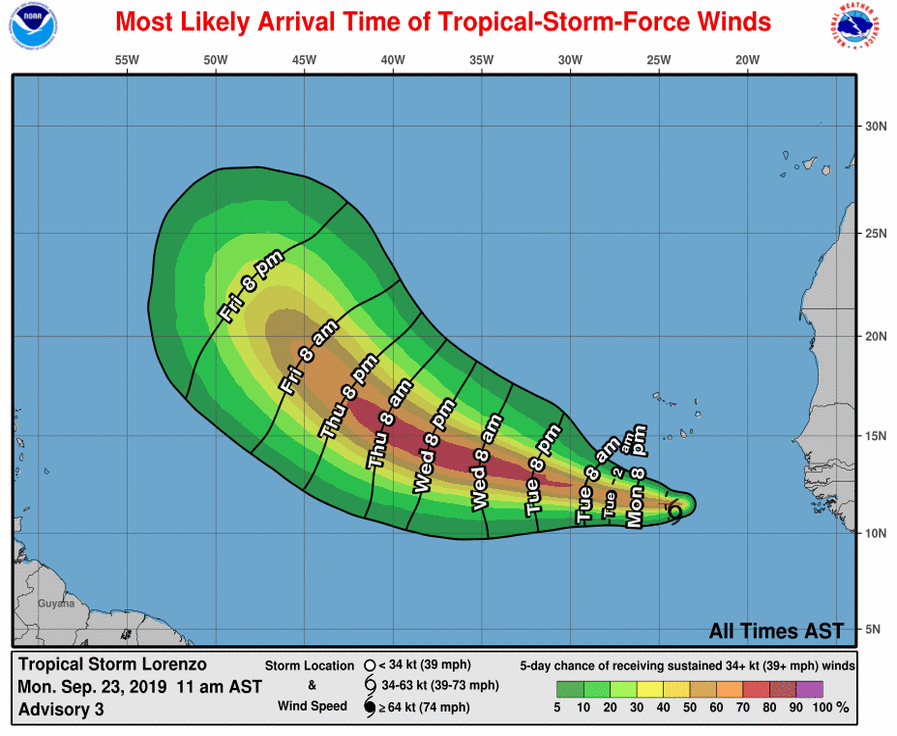 A motion toward the west-northwest is expected starting tonight, and this is forecast to continue through the middle of the week. On the forecast track, the centre of the depression should pass well to the south of the Cabo Verde Islands into Monday night.

Maximum sustained winds have increased to near 40 mph (65 km/h) with higher gusts. Tropical-storm-force winds extend outward up to 25 miles (35 km) from the center.

The NHC said additional strengthening is forecast, and Lorenzo is expected to become a hurricane by Wednesday.

There are no coastal watches or warnings in effect. Interests in the Cabo Verde Islands should monitor the progress of this system.

The next advisory will be issued by NHC at 5 p.m. AST/EDT - www.hurricanes.gov