Celebrities with Trini roots and ties have been quietly donating to the flood victims of Trinidad and Tobago.

Nicki Minaj, Busta Rhymes, "Dynasty" star, Rob Riley and "Love and Hip Hop"’s Karlie Redd have contributed funds to assist those who need it most following the devastating flooding that occurred nearly two weeks ago.

This, according to Fay-Ann Lyons-Alvarez. Speaking with Loop, the soca artist indicated that they have all been communicating and coordinating relief efforts through her and her husband, Bunji Garlin.

Nicki Minaj, who tweeted on Thursday that she’d be sending some money, made good on her promise as NGO Is There Not A Cause (ITNAC) confirmed on Friday that they had, in fact, received funding from the Queens rapper. 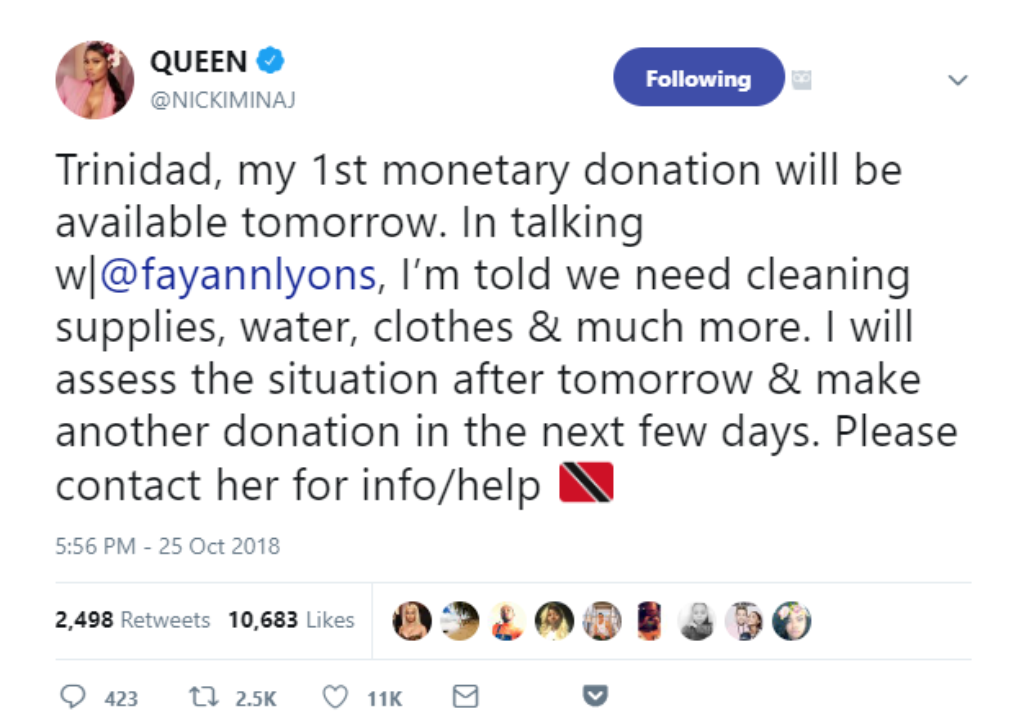 “I know that everyone is centred on Nicki but she’s not the only one trying to help," said Lyons-Alvarez. "But everyone is gravitating toward her because of the drama that’s happening."

The "Raze" singer was referring to the recent backlash surrounding Nicki Minaj’s social media posts where she indicated that she would be donating. Several users criticised her statements, questioning “where the money was” and why she wasn’t in Trinidad to physically help with relief efforts. 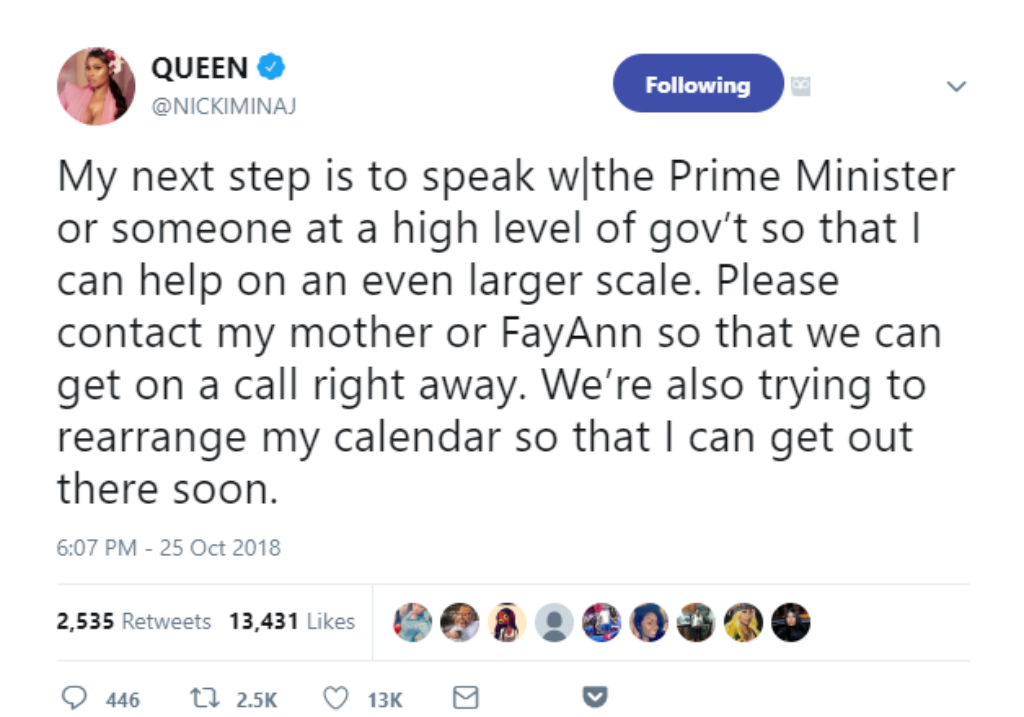 Lyons-Alvarez stated that just because Minaj hasn’t explicitly laid out of her plans to contribute onlune, doesn’t mean that she has not been working behind the scenes. She indicated that unfortunately during a time like now with everyone trying to donate, there is always the risk of fake organisations trying to use Minaj’s name to entice people to donate.

“This is why she put the post out saying that she’s not in the country and unless it’s an organisation that myself or Bunji are dealing with she can’t confirm that anyone can use her name in anything. The whole thing is bacchanal and it’s distracting and taking away from the fact that at the end of the day people need help.”

When asked if Nicki would be visiting Trinidad soon, Fay-Ann said while it did come up in conversation, she couldn't confirm, stating that the rapper had several contractual obligations to fulfill.

"We did discuss her interest in visiting but keeping contractual arrangements in mind, she can’t just pick up and leave, that’s something people need to remember about being in a position like hers. In the absence of not physically being here, she reaches out to people on the ground in Trinidad to further advise her as to how exactly to help."

There has been no confirmation to date on whether Minaj has reached out to Prime Minister Keith Rowley or anyone in his Cabinet.