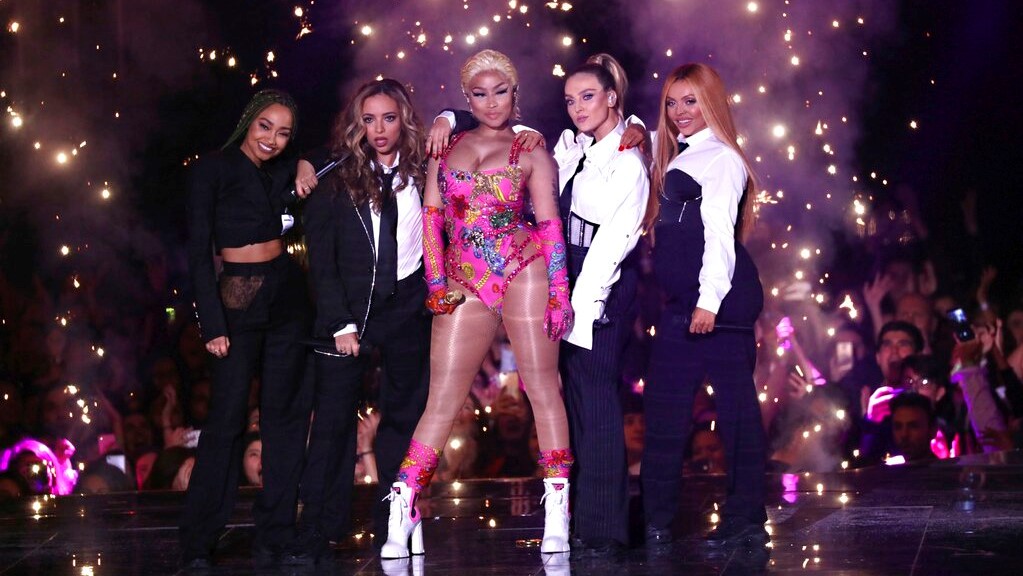 Saudi Arabia said Wednesday that hip-hop star Nicki Minaj will perform in the ultraconservative kingdom as it sheds decades of restrictions on entertainment.

The female rapper is known for her outlandish, provocative style and hits like "Anaconda," where she raps about her "big fat" backside. Her lyrics are often laced with profanities and her skin-bearing music videos often include twerking. Christian groups criticized her 2012 Grammy Awards performance, which included dancing priests and an exorcism.

Saudi organisers announced she would be the headline act at the Jeddah World Fest on July 18. The concert, which in line with Saudi laws is alcohol and drug-free, is open to people 16 and older and will take place at the King Abdullah Sports Stadium in the Red Sea city.

Reactions on social media ranged from shock and joy to criticism and disappointment. In a profanity-laced video posted on Twitter and viewed more than 37,000 times, a Saudi woman wearing a loose headscarf accuses the Saudi government of hypocrisy for inviting Minaj to perform but requiring women who attend the concert to wear the modest full-length robe known as the abaya. Most Saudi women also veil their hair and faces.

"She's going to go and shake her ass and all her songs are indecent and about sex and shaking ass and then you tell me to wear the abaya," the Saudi woman says. "What the hell?"

Saudi organisers said the concert will be broadcast globally and covered by MTV. Other performers include British artist Liam Payne and American DJ Steve Aoki. The kingdom is also promising quick electronic visas for international visitors who want to attend.

Over the past several months, the kingdom has seen performances by Mariah Carey, Enrique Iglesias, the Black Eyed Peas, rapper Sean Paul, and DJs David Guetta and Tiesto. That's despite the widespread international backlash since October over the killing of Saudi critic and writer Jamal Khashoggi by Saudi agents close to the crown prince in the kingdom's consulate in Turkey.

Such concerts are a stark change from when Saudi morality police would raid establishments that played loud music.

Gender segregation between single men and women is still enforced in many restaurants, coffee shops, public schools and universities, but other rules have loosened with women now allowed to drive and attend events in sports stadiums.