Nicole Dyer-Griffith on motherhood, public life and balancing it all 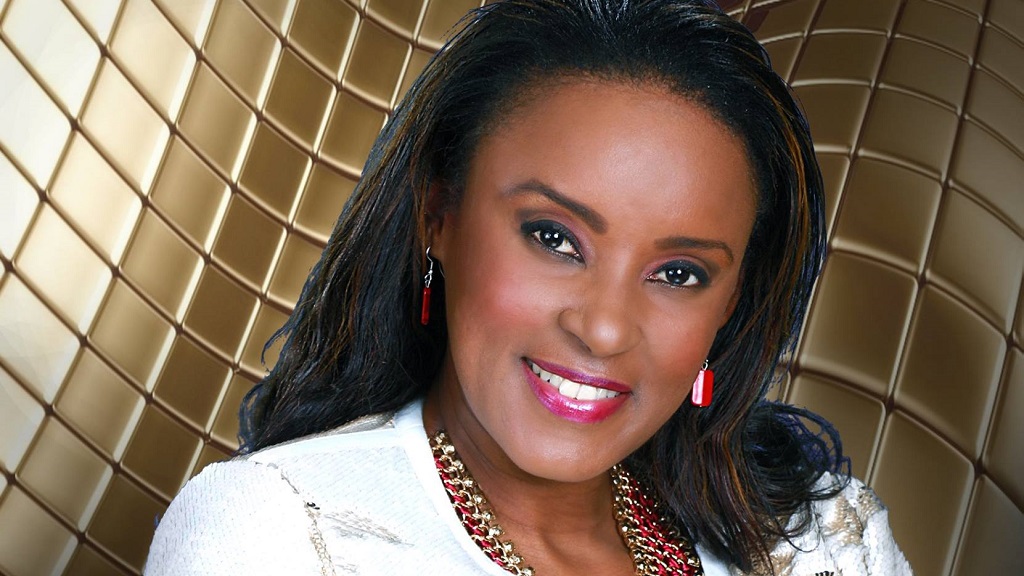 Businesswoman, activist, former beauty queen, and former parliamentarian are just some of the roles Nicole Dyer-Griffith has taken on – however, motherhood will always be her first priority.

After her achievement as Miss Universe candidate for Trinidad and Tobago in 1999, Dyer-Griffith has gone on to fulfil several influential roles, including Parliamentary Secretary in the Ministry of Foreign Affairs and Communication in 2011, and also as leader of political party the Alliance of Independents (AOI).

Dyer-Griffith is also CEO and founder of the Oxygen with Nicole (O2N) Foundation, a platform created to express creativity, empowerment, and entrepreneurship with women and youth.

Speaking to LoopTT, Dyer-Griffith said the challenge to balance motherhood with the other parts of her life has never been easy but it’s something she has learned to manage with time.

“It is never easy. I recall when I served as a Senator some years ago, and we were deep in the midst of a National Budget Debate at 4:00 a.m. one morning, I distinctly remember, almost bursting into tears, because at that moment, when I thought I was doing what was required to make life better for the kid (her son, Gary Griffith III), I was absent.

“It was really difficult at that moment as I was caught in between questioning my role as a parent, as well as my role in service.”

“These thoughts never leave my mind, as my continued work in human development over the years, has seen me physically away many times. That’s where the parental partnership [father] and the village steps in.

“It does not get easier with time; you simply find more impactful ways to cope. That being said, I would not hesitate for a second to drop everything again and again should the need arise as that is my priority,” she said.

Dyer-Griffith is known for her activism and has championed the call for the use of non-lethal weapons for citizens - the measure was suggested as a way for women to be able to defend themselves against attackers.

Her husband, Police Commissioner Gary Griffith, is now in the process of equipping police officers with non-lethal weapons such as tasers for use throughout the police service, although the use of these items by civilians is still illegal. 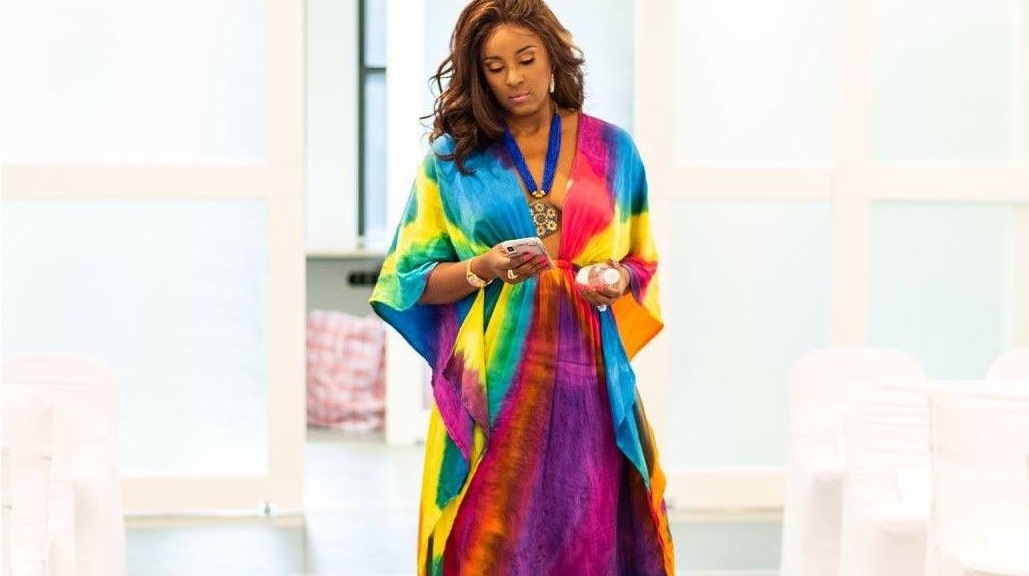 The Oxygen with Nicole (O2N) Foundation

Dyer-Griffith acknowledges that balancing her family and corporate projects, such as her work with the O2N Foundation, would not have been possible without the support of her family.

O2N will be hosting Style Me Caribbean, a series of events from May 20-26 on Caribbean style and fashion – just one of many projects she is working on.

“The upcoming O2N STYLE 2 event is one of many initiatives I’ve been busy with, however, I am supported by a superb ‘home squad’ in Gary & Gary III, a visionary creative director in Richard Young, an amazing planning  team, which includes my own mother (Suzanne, Michele, Anya, Annie, Audrey, Gerard, Jennifer, Lorraine, Jamilia, Joy, KCD, Stephen, Safeeya, Minar, Tenille,  Vindra & Gillian), all of whom are totally committed. This coupled with thoughtful Corporate Partners makes the dream a reality,” she said.

She said however that a major key to managing these initiatives successfully lies in having a supportive team.

“I firmly believe the mark of a good leader is being able to turn your back and trust that your team can manage in your absence. And my team has demonstrated this time and again. So, even though I am a ‘workaholic micro-manager extraordinaire’, when I have more than six projects on the front burner, I know when I need support.”

On motherhood and self-care

Some mothers often talk about the intense pressure of ‘doing it all’: managing motherhood, careers, wifely duties as well as their community obligations.

However, Dyer-Griffith said instead of ‘doing it all’, perhaps mothers should consider simply ‘doing the most’.

“There is that perception (of needing to do it all). However, you can only apply pressure to yourself if you choose to. Being a parent means a great number of things, including that of sacrifice.”

“I saw my mother sacrifice for us, and we do the same for the kid. I really cannot qualify what ‘doing it all’ means or what it should look like, so I would encourage to ‘do the most’ – what’s in the best interest of your child, family and yourself.”

She also impressed on the need for self-care, a factor sometimes overlooked by mothers.

“There is an analogy that is often used for self-care, when you enter the plane, one of the instructions is to put on your oxygen mask first then attend to those in your care – as much as this may be challenging for us to accept, it is true, we can only be the best providers at doing the most if we give ourselves the time and space for self-care."

"So with whatever pressures that may exist, ensuring we also care for ourselves gives us that little cushion to keep moving ahead,” she said. 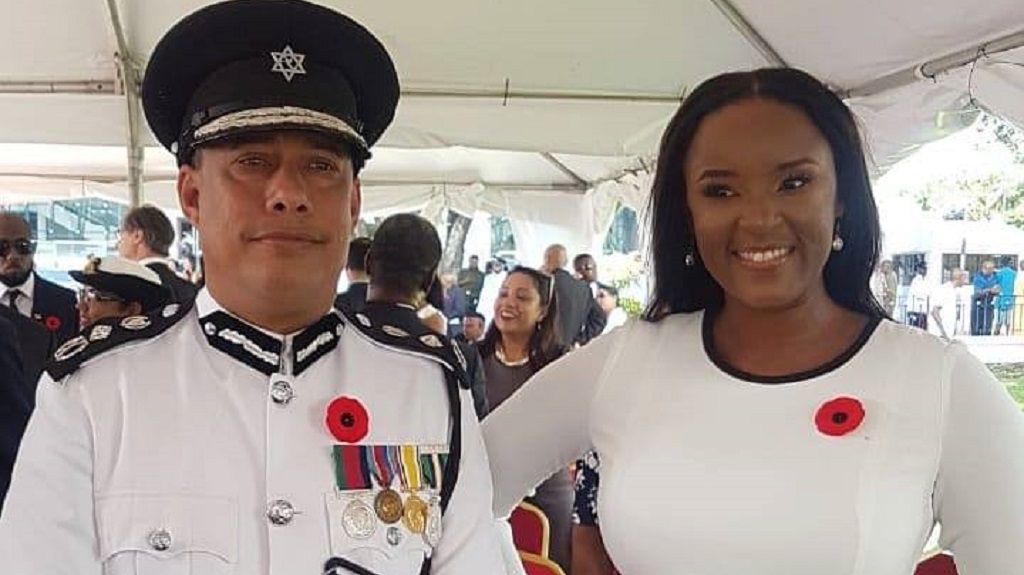 Motherhood in the public eye

Since her husband’s Gary Griffith’s appointment as Police Commissioner, Dyer-Griffith said the protective element of motherhood has come to the forefront.

“My role in that position is simply to protect all parties. When it comes to that aspect of the public glare etc., particularly as it pertains to the kid, it is pure protection. That means I can go from the very diplomatic and personable human to a completely different version of me in less than one second if I believe any boundaries have been crossed with my son.”

“Gary and I chose this path. He [the kid] didn’t – hence, I have to respect and protect his rights to whatever semblance of a private, normal life that we can provide for him.”

“Of course, this is easier said than done, and the challenges come at you on an almost hourly basis, but, I think so far so good,” she said.

Dyer-Griffith, who is also a Patron of the Police Wives Association, added that the strong support provided by their network of friends and family has also helped to stabilise them while in the public eye.

“It helps immensely that the kid and his father have an unbreakable bond, and that he is also surrounded by a village of fierce, prayerful, Aunties and Uncles, who have looked out for all of us from day 1. So, I don’t ever do it alone. I thank God for that,” she said.

For more information on the O2N Foundation's initiatives, visit them on Facebook: https://www.facebook.com/oxygenwithnicole/

Buju calls for improved relations as Commissioner joins him on stage