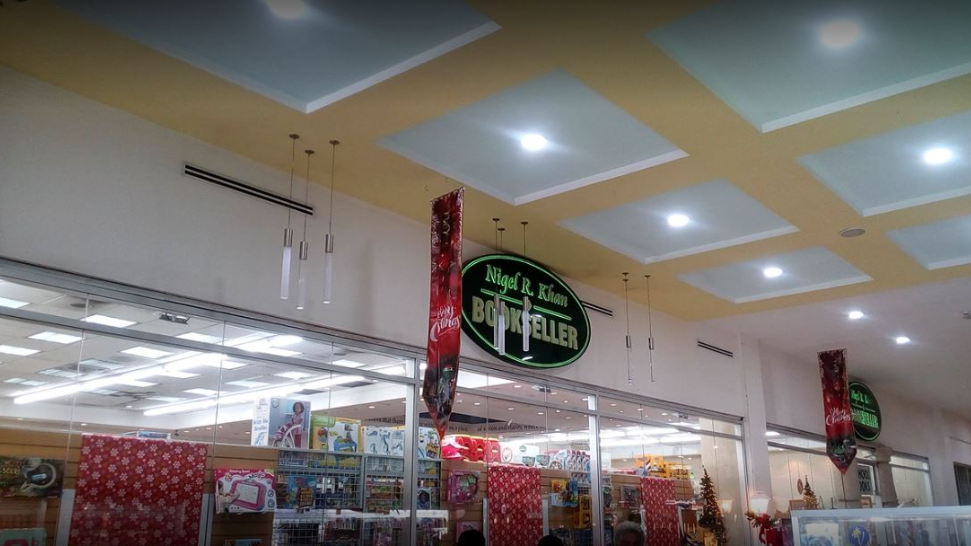 Bookstore owner Nigel Khan said he has been forced to close his Tobago branch due to difficulties resulting from the air and sea bridge.

Speaking to LoopTT, Khan said that the delays with the timeliness of the air and sea bridge affected both the shipment of goods as well as staffing issues.

As a result, Khan said he has been forced to close his branch at Gulf City Mall in Lowlands, Tobago.

"It was impossible to get supplies, our back-to-school drive was late, it arrived in the middle of September. Our Christmas items also took very long to arrive, plus our management and training...all the business structures we set in place collapsed, and this is not just for our business."

He said that the required weekly shipments were never on time resulting in late supplies of school books and other items. 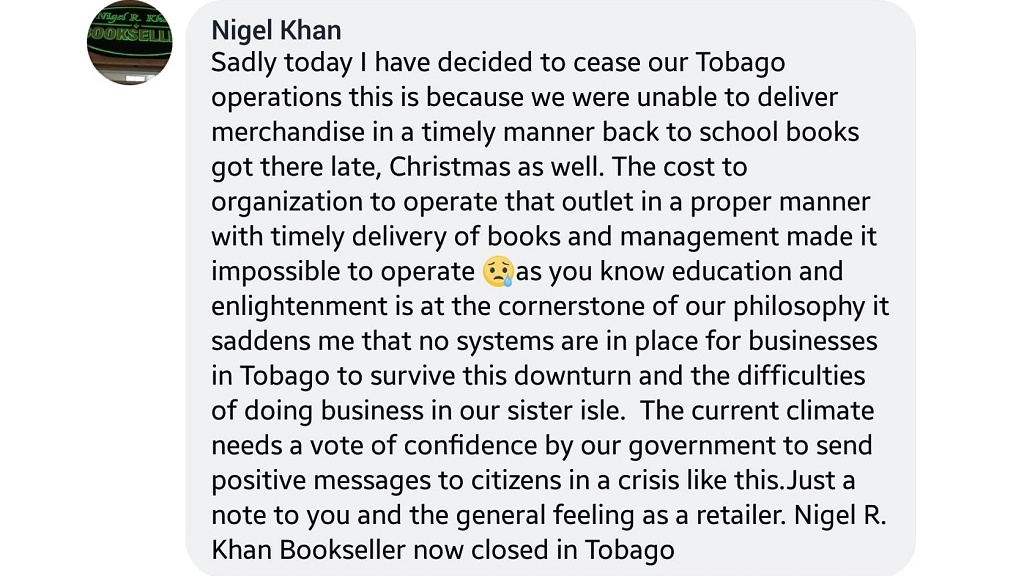 Khan said as a citizen, he is dismayed by the lack of management regarding the air and sea bridge and hopes that it can be resolved soon.

"It says something about management. If we cannot, after 40 years, get an air bridge and sea bridge running properly then those people in charge need to understand that we need to put proper managers, people who are competent and know what they are doing."

"You're telling me that in the peak Carnival season we are without a vessel? I am almost certain there are no contingency plans in place for the increase in volumes over this period," he said.

Khan says although Government has recently purchased a new vessel which is due to arrive within weeks, there are additional issues with the hub at Port of Spain, one of which is heavy traffic.

"Part of the problem is the traffic situation, there are people who parked along Wrightson Road to catch the ferry, and if you're thinking about sending your vehicles or vans, think about the costs and the delays affecting your staff. For example, a driver has to arrive early in the morning, line up and hope he gets on (a vessel), or come back down...there's a booking system in place but that's also a nightmare."

"Then, they are obviously not on time so we have to put them up at a guesthouse. Then wait until he gets a ferry back because it's not regular. Same with managers, it costs so much more to operate," Khan said.

He added that some foreign workers seem to have a stricter work ethic which might assist in elevating the working standard, adding that foreign competition might improve service.

He said he is saddened by the move but sees no other alternative at the moment.

"This relates to our values as people, where we reinforce poor values. It's a sad state of affairs," he said.