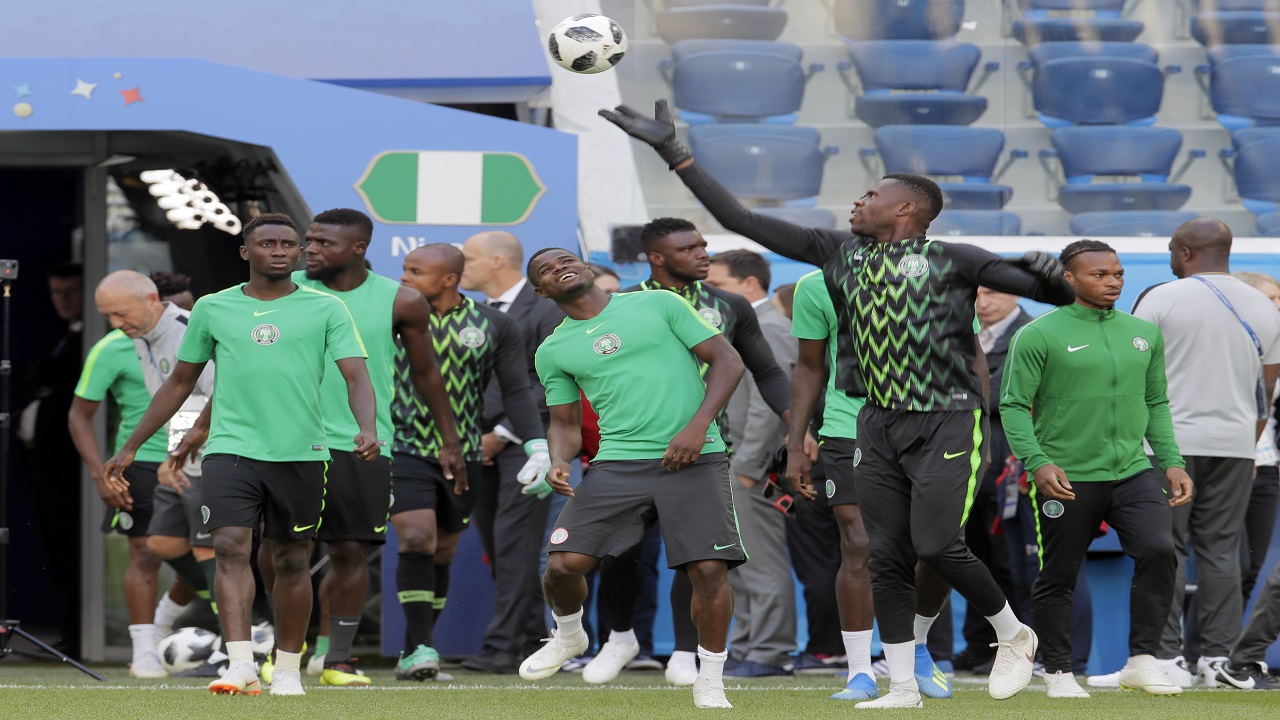 Nigeria's players attend official training in St.Petersburg, Monday, June 25, 2018 on the eve of the group D match between Nigeria and Argentina at the 2018 soccer World Cup in the Saint Petersburg Arena. (AP Photo)

f Lionel Messi needed extra motivation for Argentina's crucial World Cup game against Nigeria, then an opposing player may have just given him some.

Argentina will be eliminated unless it beats the African team in St. Petersburg on Tuesday, with speculation that the 31-year-old Messi could retire from the national team if his side loses.

Nigeria defender Bryan Idowu is looking forward to perhaps swapping jerseys with Messi, but he especially wants to send him out of the competition.

"That will be our main goal, to make it Messi's last World Cup game," Idowu said Monday at a news conference. "As much as we enjoy watching Messi play, it's against us. There's only one option for us, (which) is that he plays his last game in St. Petersburg."

Messi has 552 goals for Barcelona and 64 for Argentina, but has yet to score in Russia. He missed a penalty in Argentina's 1-1 draw with Iceland and then had a frustrating game in the 3-0 loss to Croatia. 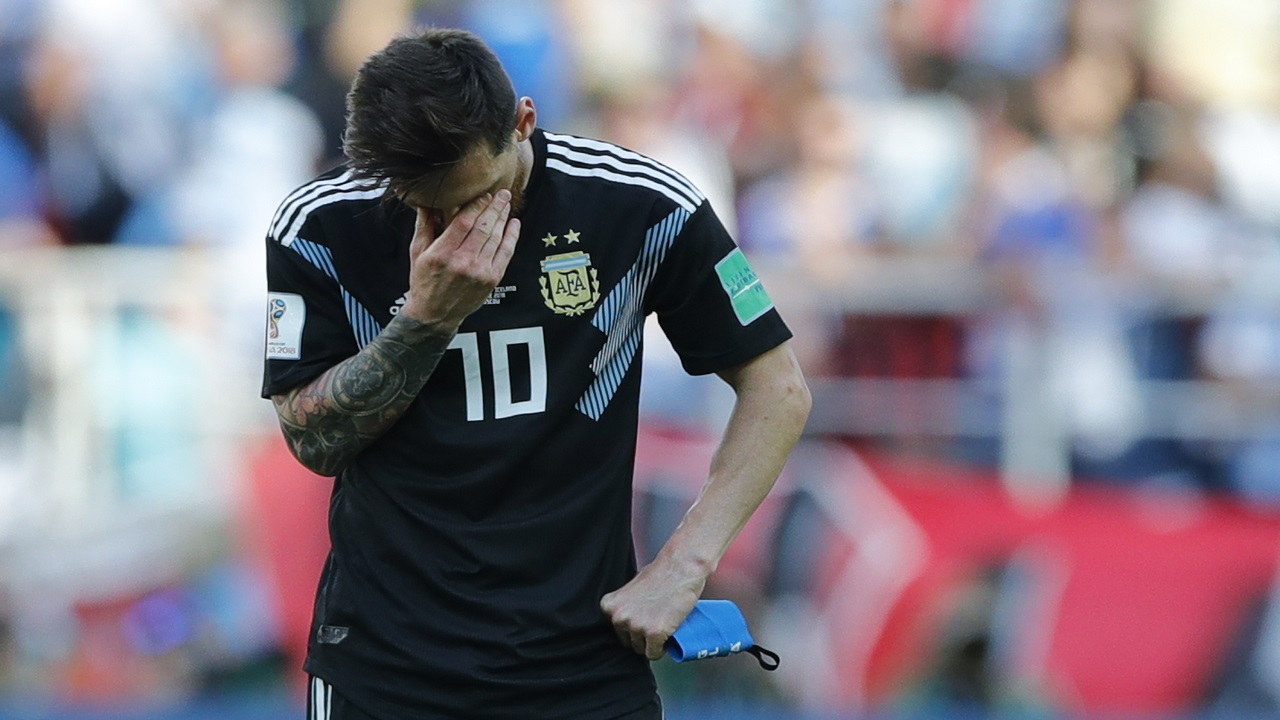 Idowu, who was born in St. Petersburg, is tipped to start Tuesday's game at left back. He scored when Nigeria beat Argentina 4-2 in a friendly in the Russian city of Krasnodar last November. Argentina led 2-0 after 36 minutes, and then its defense capitulated.

"But they had no Messi in that game," said Idowu, issuing a timely reminder. "Now the stakes are higher."

It will be the fifth meeting between the sides at the World Cup, with Argentina winning the previous four by a one-goal margin. Messi scored twice when Argentina beat Nigeria 3-2 in the group stage four years ago.

Nigeria coach Gernot Rohr is determined Messi doesn't star again, even though unashamedly a fan of the five-time world player of the year.

"Everybody loves him ... (But) in football there is no mercy, there is no pity," said the 64-year-old Rohr, an uncompromising defender who played most of his career with French side Bordeaux. "Everyone wants to win and no one can make any gifts, even if we like him so much."

Nigeria's attack is set to be led by Ahmed Musa, who scored twicein Nigeria's 2-0 win against Iceland last Friday. Musa also netted both of Nigeria's goals in that 3-2 World Cup defeat four years ago, and he set up Nigeria's fourth goal in last November's friendly win.

Rohr is convinced the 25-year-old forward is hitting peak form, after a trying season where he proved his commitment to the Super Eagles.

"Musa scored his goals (against Iceland) with his wonderful technique, and I hope he will do it again. He worked very hard when he was in Leicester and he did not play," Rohr said. "We had a very difficult situation. I asked him to play (for another club) so he would have the rhythm of the matches."

Given that Musa was overlooked by Leicester coach Claude Puel in Premier League games last season, he went on loan to CSKA Moscow in a bid to prove to Rohr that he was worthy of holding down a place on Nigeria's World Cup squad.

Musa netted six goals in 10 matches for CSKA, but that's not what really impressed Rohr.

"It was the beginning of March. I saw him in training, it was minus 20 (Celsius, or -4 F), a lot of snow and he was fighting to come back in the rhythm, working very hard," Rohr said, proudly. "So he deserved to come back in the national team like a starting player. Now I hope the confidence he has will help the team have a good result against Argentina."