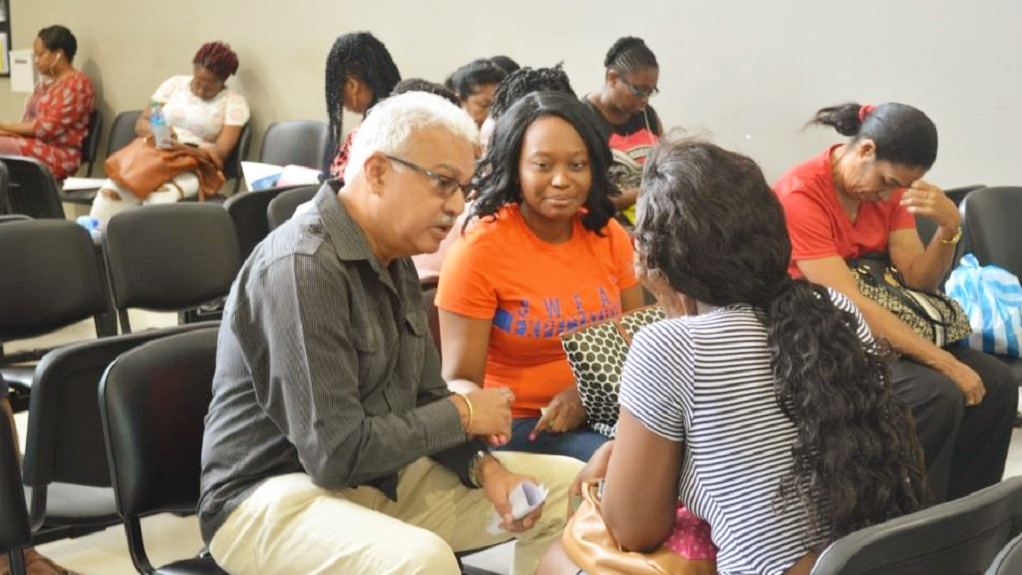 Nine women’s lives have been saved after public health officials detected the early signs of cancer during a recent screening.

In a statement issued Wednesday, the North Central Regional Health Authority (NCRHA) said the women were screened during their Great Pap Smear Campaign which took place in June.

The nine women are now undergoing treatment at the Mount Hope Women’s Hospital and the NCRHA said the cases have been marked as treatable given the early stage of the disease.

“The patients have also expressed relief that the screening was able to catch this silent disease long before it impacted more significantly on their lives,” the NCRHA said.

During the NCRHA’s GREAT Pap Smear Campaign, more than 375 women were screened by medical professionals at the Mt. Hope Women’s Centre on Saturday, June 16th 2018.

The initiative was the first act in the Authority’s comprehensive strategy to address the upsurge in cancers of the reproductive organs in women in Trinidad.

The NCRHA said another initiative is being scheduled for September 29 at the same venue, as the Authority steps up its fight against cancer.

On July 1, volleyball player Ayanna Dyette died from cervical cancer. Before she passed away, she implored young women to get more pap smears done. The Pan-American Health Organisation (PAHO) noted that mortality rates from cervical cancer are three times higher in Latin America and the Caribbean than in North America.

Health Minister Terrence Deyalsingh said he noted an alarming trend as more young women are being diagnosed with cervical cancer.

“Statistics have shown that more of our younger women are being diagnosed with cervical cancer which increases their risk of morbidity.”

“Someone’s mother, someone’s wife, someone’s sister or aunt was saved today through this initiative, and we will continue our fight against cancer and other NCDs affecting our women, just as we have reduced maternal deaths to zero across the healthcare system,” he said at the opening.

He described the project as ‘life-saving,’ highlighting the potential of improving women’s health, and the prospects for reduced healthcare costs as the system deals with fewer late stage cancers.

Chief Executive Officer, Davlin Thomas said the results were “another progressive step in the Authority’s thrust to push back on NCDs.”

“As seen with our other outreach programmes, such as Walk The Talk, In Touch, Ready For The Road and Brother’s Keeper, early detection and treatment allows us the opportunity to not only identify high risk cases that may have gone unnoticed, but also to engage and treat persons who may be predisposed to cancers and other life threating diseases,” he added.

He said “the Authority’s focus on primary care has resulted in more than 15,000 persons being screened through our outreach programs and we were able to deliver early care to patients who would have needed emergency care. With early treatment, the nine women diagnosed in the Pap Smear Initiative can now look forward to a full life ahead, while the Authority now has more resources available for our more urgent cases.”

“This is great news for our patients and well as for us at the Authority! The next scheduled date for The Great Pap Smear Initiative is September 29, and I want to encourage all women in our society to access our services and get screened early."

He noted that although normal cervical cancer screenings are available on weekdays at the Women’s Centre, this initiative was important to capture women who are unable to get time off from work or family duties during the week, to take care of their health on Saturday.

NCRHA Chairman Steve De Las, paid tribute to the nurses, doctors and support staff for offering their weekend for the Initiative.

He said when the results of their sacrifice is as tangible as saving lives – the effort becomes more than worthwhile. He said it was important to recognize the team because their work has resulted in a major victory in the country’s battle against cancer.

The NCRHA will host cervical cancer screenings every quarter and the next instalment of the Great Pap Smear Initiative is scheduled for September 29. The Authority is inviting all women to come out and be screened.