Nissan ex-chair Ghosn steps out in Tokyo, trailed by media 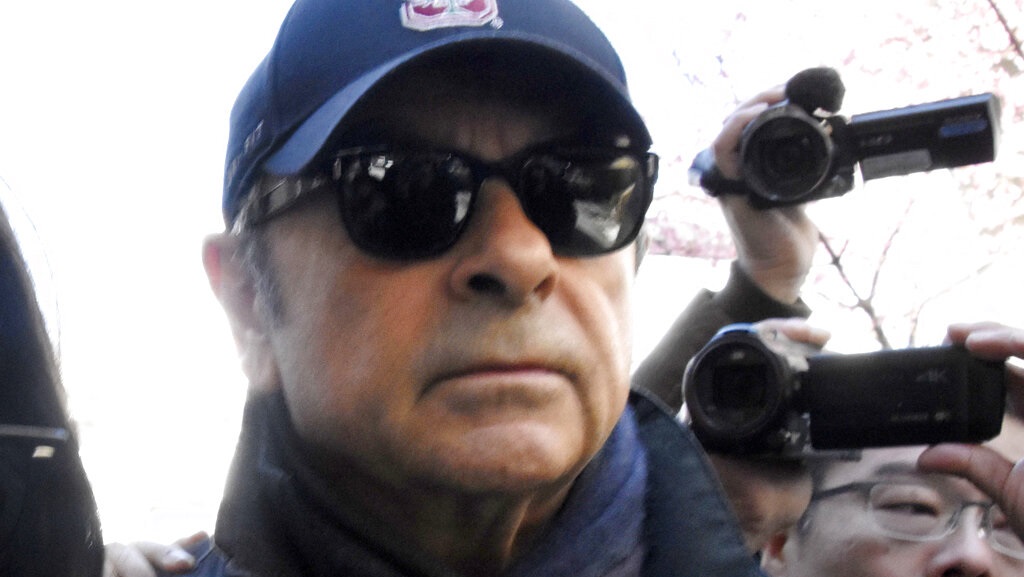 Former Nissan chairman Carlos Ghosn was seen walking in a Tokyo park on Friday, two days after his release from a Japanese detention centre.

Ghosn, in a cap and sunglasses, was spotted outdoors twice on Friday, strolling outside in the crisp March air. He and several others, believed to be his wife and daughters, visited a downtown Tokyo garden as members of the media trailed them and watched.

The intense media attention was what led Ghosn's lawyers to suggest he leave the Tokyo Detention Center after his release on bail Wednesday in a labourer's outfit of cap, surgical mask and high-visibility vest, attorney Takashi Takano said.

Many were baffled by the somewhat transparent disguise, which has riveted Japanese tabloid media. One TV show re-enacted his departure.

Takano said in a blog post that he took full responsibility for what he called the "theater of disguise." He apologized for its failure.

The outfit was confusing but didn't deter media from tracking the small van he travelled in after his release, in a spectacle broadcast live on television.

"My immature plan, as a result, has tarnished the reputation that he has devoted his whole life to build," Takano said of his client.

Takano asked the media to respect Ghosn's privacy. That plea appeared to go unheeded as cameramen closely followed the celebrity executive as those walking with him stared straight ahead in apparent annoyance.

Ghosn, who headed the Renault-Nissan-Mitsubishi Motors alliance, has been charged with falsifying financial reports, under-reporting his income and breach of trust in having Nissan Motor Co. shoulder personal investment losses and make payments to a Saudi businessman.

He says he is innocent and that the income allegedly under-reported was never paid or decided, that Nissan never suffered the investment losses and the payments were for legitimate services.

In Japan, suspects are routinely kept in detention until preparations for their trials are ready, meaning they are often detained for months. The court rejected two earlier requests by Ghosn for bail.

Ghosn led Nissan for two decades, saving the Yokohama-based automaker from near bankruptcy. He was arrested on Nov. 19.

To win his release on 1 billion yen ($8.9 million) bail, his defence team offered special conditions such installing a surveillance camera at the entrance to a specified residence — his lawyers earlier said Nissan has cancelled the lease on his luxury apartment — and promising that he would not use the internet.

Any violation of those restrictions could land Ghosn back in detention.

Takano said he suggested the disguise for Ghosn hoping to throw media off his trail. While it didn't entirely work, Takano said, "by some miracle" Ghosn managed to have a private reunion with his family in his new residence.

Ex-Nissan chairman Ghosn asks for bail, promises not to flee