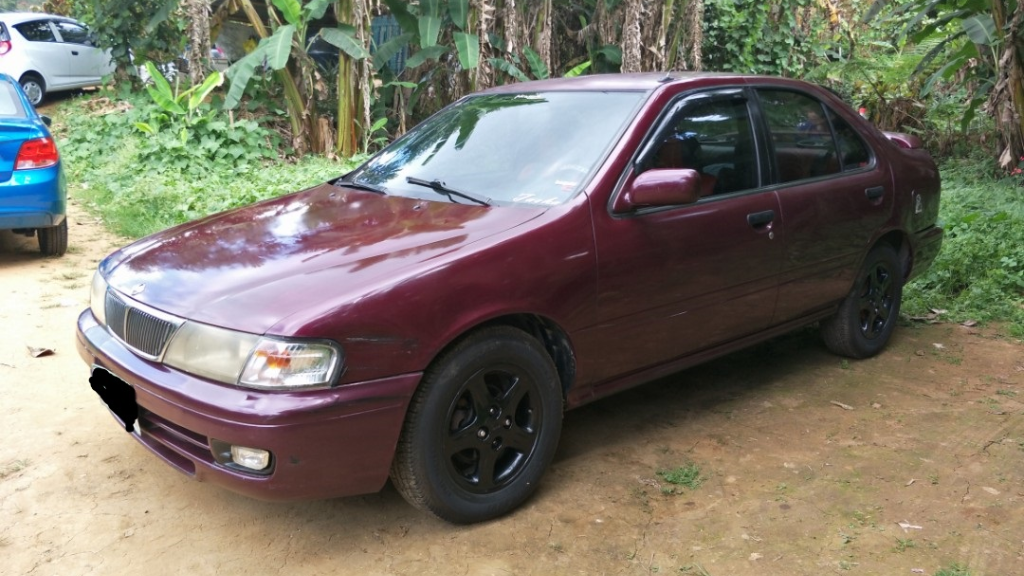 The Nissan B14 is the most commonly stolen car model for the year to date, according to the Trinidad and Tobago Police Service (TTPS), which noted a staggering 70 percent increase in car robberies compared to last year.

Speaking at Wednesday’s media briefing, Sergeant Christopher Swamber of the Stolen Vehicles Squad said that a whopping 435 vehicles have been stolen for the year to date.

Of the total 435 vehicles reported stolen, 221 were Nissan vehicles – 51 percent of the total figure.

Swamber said 46 Kia vehicles were stolen for this period which represented 10.5 percent of the total with 20 K2700 pick-ups, 13 Kia Ceratos and six Kia Sportage vehicles being stolen.

However, overall there has been a 22 percent decrease in the total number of larceny and robbery crimes with 561 reports last year as compared to 435 for the same period this year.

The TTPS said most of the robberies took place on the streets and at the victims’ homes.

In terms of crime-solving, police said 20 cases were solved with a total of 24 people being arrested and charged.

The TTPS said money lost from stolen vehicles from January 1 to March 10, 2017 amounted to over $41 million. However the TTPS said the sum has dropped to $39 million in 2018.

“There seems to be a trend of victims being robbed on their arrival at home or whilst at home with the perpetrators entering through open doors.”

“In light of the increase in the number of vehicles stolen through the method of robbery, the TTPS wishes to remind motorist of precautionary measures which should be adopted. These are as follows:

1. Citizens should always be aware of their surroundings and always ensure that their vehicle is properly secured. Parking in isolated areas on the street or in dimly lit parking lots should be avoided. Vehicles should be parked as far as practicable in well-lit areas or if possible, in areas where there are functioning CCTV cameras.

2. When purchasing vehicles, citizens are to conduct the necessary checks to ensure it is not a stolen vehicle. Citizens must also ensure that the vehicle is transferred to the new owner within the prescribe time which is 7 days and ensure that it is purchased from a reputable company or a person known. If members of the public require assistance, they can contact the Stolen Vehicles Squad of the TTPS to have the vehicle verified before purchase.

3. Owners of vehicles which utilize coded electronic keys should be mindful that these types of vehicles are targeted to be stolen via robbery as it is very difficult to steal these vehicles by way of larceny. This is so as these keys can only be duplicated by the manufacturer.

The vehicles which carry these keys are as follows: The New model Mazda 3, The Mazda BT50, Ford Ranger, The Nissan Navarra, Toyota Prado, the new model Nissan X- Trail, the Hyundai Tucson and the Hyundai Elantra.

There have been numerous reports from owners of these vehicles that attempts were made to steal these vehicles when left parked and secured, but all such attempts have been unsuccessful, as the thieves did not have the key.

As such, these vehicles are instead stolen by way of a robbery, usually at gun point. It should also be noted that these vehicles when stolen have resurfaced as re-registered vehicles bearing a different chassis numbers and a different engine numbers.

4. It is further recommended that vehicle owners place unique identification marks in a hidden locations within their vehicle to assist in identifying the vehicle in case of same being stolen and recovered. One such way can be engraving personal marks in hidden locations. (These unique marks can be in the form of their initials, date of birth, special marks etc.)

5. Citizens are also encouraged to invest in anti-theft devices where possible. Although it may come at a cost, these devices serve as very effective deterrents. Anti-theft devices include GPS systems, Club Locks (a small device that is fitted to the brake pedal), Gas Locks, Transmission Locks, Alarm Systems, Kill switches, and Stealth Configuration.

It is also recommended that these devices should be installed by reputable companies. As citizens, it is your right to request any information from these businesses. If the company fails or hesitates to provide information, this behaviour is a cause for concern and should raise a red flag.

6. With respect to robbery of Motor vehicles, the TTPS would like to highlight the main methods used by criminals to commit these robberies. These are,

- Confronting the victim in their driveway/front gate and stealing their vehicle (usually at gun point).

- Posing as passengers and relieving the driver of the vehicle which was for hire.

- Forcefully stopping victims while driving on the roadways and taking away their vehicles.

In light of these methods, it is advised that citizens be extra cautious when exiting vehicles in their drive way or by their front gate. Robberies which occurred at the victim’s drive way/front gate were predominantly committed in the night time, in particular during the time frame of 8:00pm to 12 midnight.

The TTPS said persons who also ply their vehicle for hire should exercise the necessary caution when picking up passengers. Taxi drivers throughout the country have been targeted, in particular, those who ply their vehicle along the Eastern Main Road from San Juan to Port of Spain.

The TTPS also warned the public to be vigilant when carrying out errands:

3) Furthermore, persons leaving banks and other financial institutions with large amounts of cash should remain alert and be aware of their surroundings, particularly when returning to their vehicles. Citizens should also be mindful of the possibility of being followed when leaving these institutions.

4) The TTPS will continue to encourage citizens to report any suspicious vehicles seen parked in their neighbourhood or community. These vehicles may be involved in criminal activities and can be used to commit a number of different offences. Citizens can contact the police via 999, 555, 800-tips or inform the nearest police station if this situation exists.

5) Beware of persons posing as potential buyers and asking to test drive your vehicle; never exit or leave your vehicle in the possession of such individuals.

“The stolen vehicle squad is willing to assist anyone who wishes to verify the status of a vehicle before purchase,” Swamber said.

“The TTPS encourages persons to give serious consideration to the advice given with a view of making their environs safer and assisting in the reduction of Larceny/Robbery of motor vehicles. Crime is everyone’s business and we commit to a continued partnership with you, members of the public as we strive towards our vision of making every place in our beloved nation, safe. This can be achieved where every individual takes a proactive approach in assisting the TTPS in the fight against crime,” Swamber ended.