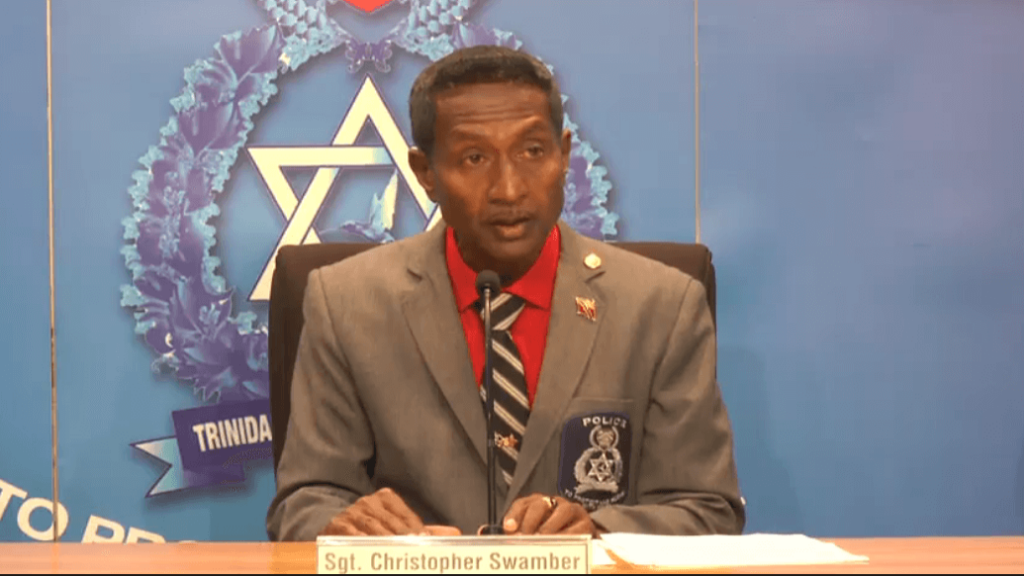 Pictured: Sgt Christopher Swamber revealed that Nissan vehicles were the top choice when it came to robberies.

Vehicles manufactured by automobile maker Nissan were the most stolen vehicles for 2019.

While a decrease in car thefts was recorded for the period January 1 – December 31, 2019, police noted that Nissan vehicles represented 60 percent of vehicle thefts.

Speaking at the weekly police media briefing on Wednesday, Sgt Christopher Swamber of the Stolen Vehicles Squad revealed that Nissan vehicles were the top choice when it came to robberies.

Hyundai H100, Kia K2700 pickups, the Toyota Corolla and Nissan X-Trail SUVs were the other vehicles of choice.

Meanwhile, larceny of the Nissan B13 and B12 has significantly decreased due to the fact that these vehicles are no longer being imported.

The majority of vehicle robberies, with the exception of Northern Division, occurred on the streets.

Sgt Swamber noted that this accounted for 70 percent of the robberies reported, while for larceny motor vehicles 57 percent (324) occurred on the streets.

Of concern was that the majority of the total reported cases of robberies for this period took place at people’s homes, accounting for 89 reports.

“We would prefer that there is no robbery and theft of motor vehicles, however, when these crimes occur we hope the recent detection of these offences of the crime in the Port of Spain Division would serve as a deterrent to offenders and that no crime perpetrated against citizens would not be tolerated,” Sgt Swamber said.

In terms of recoveries, only 20 percent (176) of the vehicles reported stolen were found.

Police find glock in Tiida with five men, all arrested