No bail for man held with automatic rifle 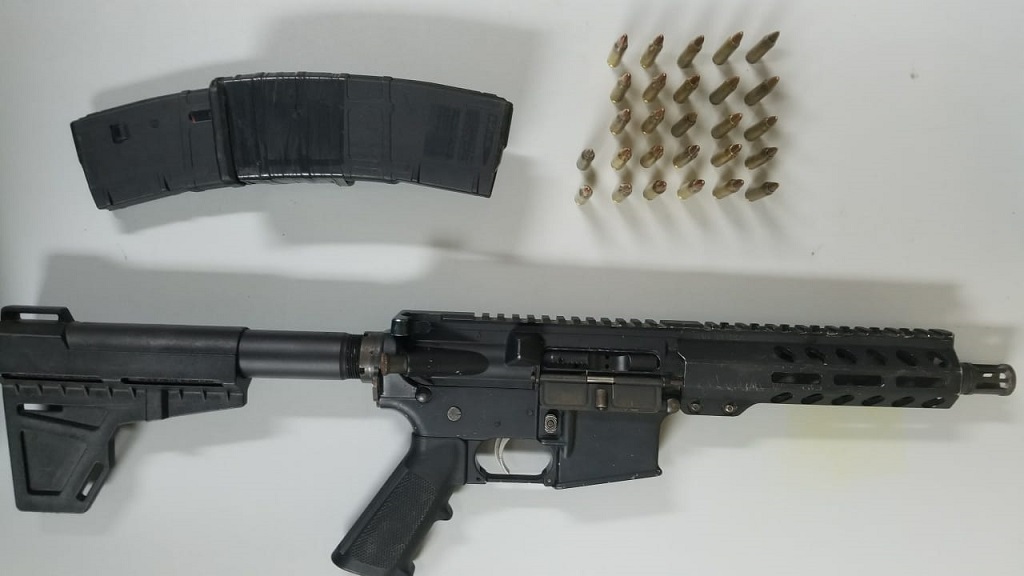 The 25-year-old man who was held with an AM-15 automatic rifle last week has been remanded into custody.

The charges were read against him, following which, a bail application was made and subsequently denied.

The matter was then adjourned to May 4.

The accused was reminded of his rights to apply to a judge in chambers to appeal the decision on his bail.

The accused was held last Thursday during a police exercise in Diego Martin.

At about midnight, officers of the Western Division Task Force, including PC McClean, PC Gilkes, and PC Rogers, were conducting patrols in the Diego Martin area, when upon reaching the vicinity of Ragoo Drive, off Bridge Road, they observed the suspect.

From the distance, the suspect was seen holding a black object.

However, upon seeing the police vehicle he immediately turned away from the officers and attempted to hide the object on a nearby tree.

This drew the suspicion of the officers, and the man was stopped and searched.

The object was soon discovered to be an Anderson Manufacturing AM15 containing 27 rounds of ammunition.

The 25-year-old was immediately arrested as a result and taken into custody.

PC Rogers is continued inquiries and charged the suspect.

WPC and brothers slapped with 14 charges including assaulting police