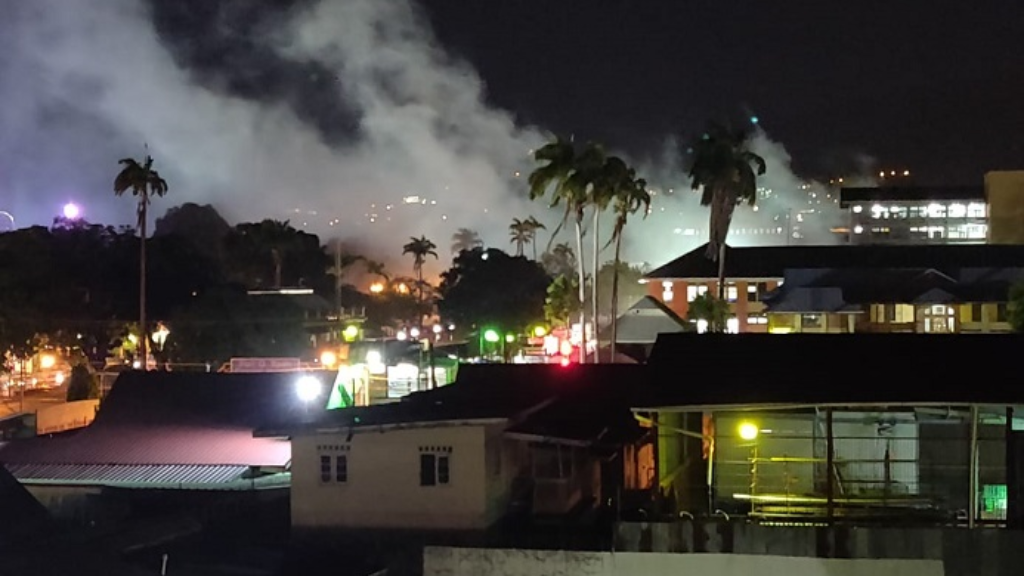 Police are still trying to determine what caused the fire at the Port of Spain General Hospital on Friday night.

The fire was observed in the radiology department of the hospital shortly after 7:00 pm, and resulted in the evacuation of at least 30 persons.

Thankfully, the fire was quickly contained and there were no reports of injuries.

The 30 persons have since been allowed back to the wards they were removed from.

In a release from the North West Regional Health Authority on Saturday, the group thanked all involved, from fire officers, to security guards, to staff, for all they did to ensure that no injury was incurred and that the fire was contained quickly.

“Their prompt actions immediately ensured that our patients were evacuated and subsequently returned to the wards while maintaining a sense of calm and comfort,” the Authority said in a release.

It was also noted that while the radiology department may be temporarily out of commission, X-ray services continues at the accident and emergency department of the hospital, as well as at St James Medical Complex. Arrangements have been made to facilitate emergency computerised tomography (CT) scans at the Eric Williams Medical Sciences Complex, Mt Hope.