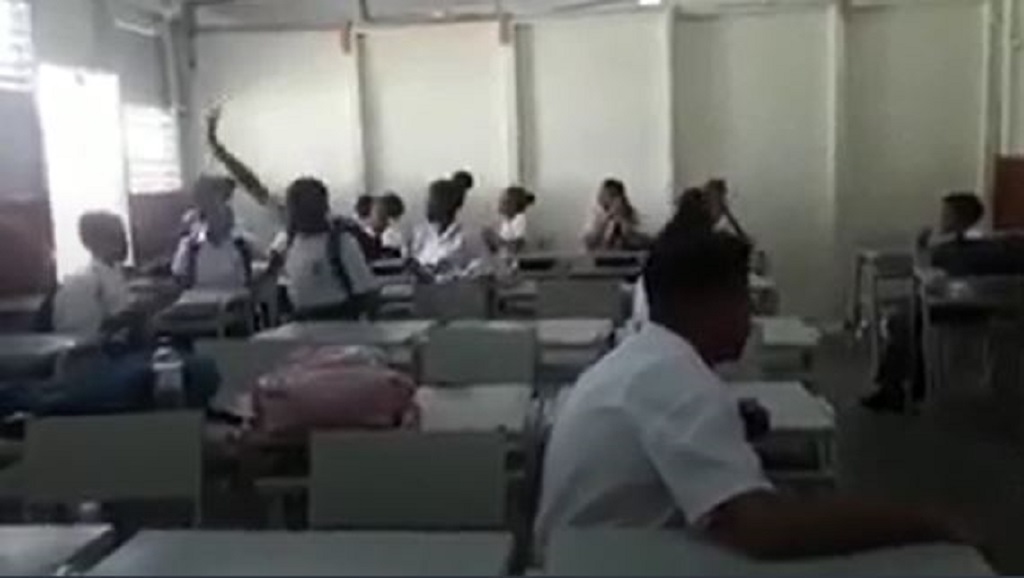 Across the country, videos of students often go viral depicting fights or other frowned-upon activities. However, as the year-end draws near, one bunch has warmed the hearts of many.

Pupils from the Cowen Hamilton Secondary School (CHSS) have become popular after a video of a gospel session was uploaded to the social media site, Facebook.

Around 30 students - both male and female - clapped and danced while singing 'I am under the rock', seemingly without a teacher present. The popular song that is usually taught in Sunday School classes, praises God for being the protector of those 'under the rock'.

Uploaded by Facebook user, Andre Christian Lezama, the video has been viewed just over 10,000 times and has been shared more than 300 times.

"When most of the school videos are violent and aggressive one, this one from Cowen Hamilton Secondary School in Moruga is the total opposite. It's no "shot inna nobody hole". Its a group of young people who still find it cool enough to praise God in their own way. I know Jiselle Gittens is one proud mama seeing her son hyping up the pack," he captioned the post.

One user, Karen Ragbir-Ramdass, who identified herself as a past student, expressed excitement over what she saw.

"Still my School and my Daughter's. Give this kid and the class credit, it's a video worth sharing. Am proud there are still Good Children, Good Parenting and Good Schools. Without supervision, they found something worth the while to do. Upliftment Empowerment. Example. YAY to Cowen Hamilton Secondary School."

Meanwhile, Nadia Ali said all children should behave this way.

"That's how kid's should be singing and dancing and looking out for one another love this."