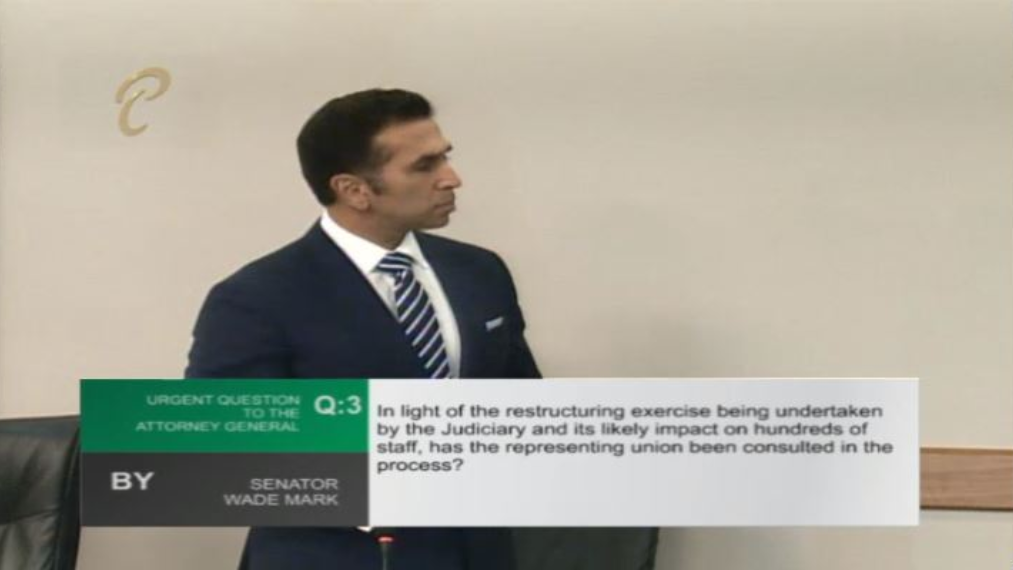 Attorney General Faris Al Rawi on Tuesday assured that no one will be dismissed, in light of reports of a proposed restructuring of the Judiciary of Trinidad and Tobago.

On Monday, hundreds of Judiciary workers heeded a call by Public Services Association President Watson Duke to stay off the job in protest of the planned exercise.

Responding to a question posed to him in the Senate on Tuesday as to how many Judiciary workers will be dismissed given reports of imminent administrative changes at the magistracy, the Attorney General assured that no one will lose their job.

“I can confirm that the information coming from the Judiciary is that no one will be dismissed,” AG Al Rawi stated as he sought to respond to reports on the matter.

He also accused the President of the Public Service Association of creating panic.

“I take this opportunity to condemn in the most straight of terms, the panic that is being put out by a politician who wears the hat of the president of the Public Services Association.”

The Attorney General further explained that the expansion of the Criminal Division of the Judiciary will create employment opportunities in the justice criminal arena.

Al Rawi added that the PSA has been fully engaged in this matter.

“There is an expansion of the criminal division, the creation of a number of posts, employment opportunities and a betterment for the citizens of Trinidad and Tobago in the arena, that is the justice criminal arena. I can tell you consonant with the publication given on Friday by the Judiciary that the representative union has been fully engaged in this matter. There has been proper consultation, copious documents were provided and it is a fact of law that permanent workers, which is whom the Public Services Association represents cannot be dismissed. That is a fact of law, that they must be put elsewhere into the public service, if that were to be the case. Again, I am pleased to repeat in answer to a sitting politician, wearing the hat of PSA head, there are no dismissals,” he stated.