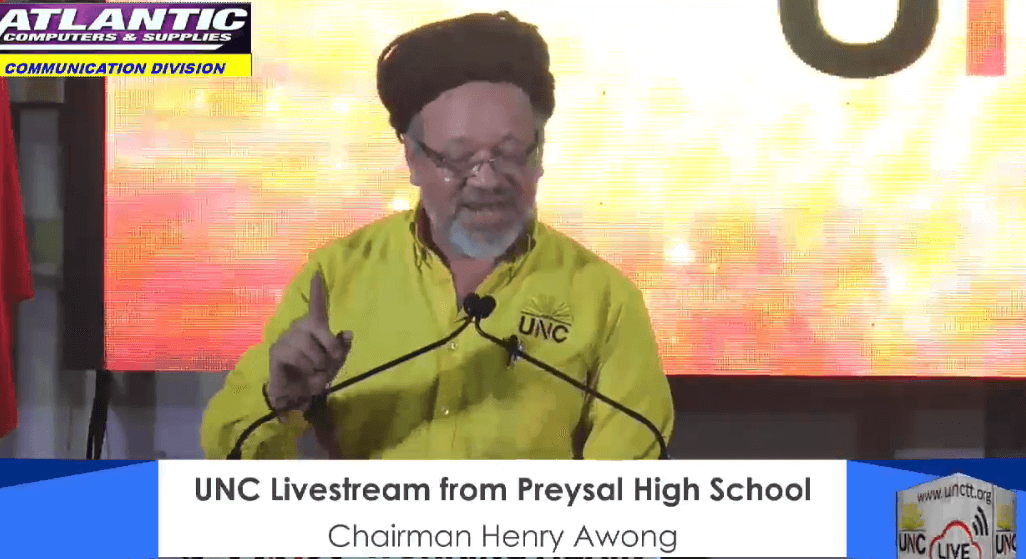 Councillors at municipal corporations controlled by the United National Congress (UNC) are facing eviction from their landlords as they have not paid rent for the offices they occupy for several months.

This, as funding for the current financial year has reportedly not been disbursed by Central Government.

Chairman of the Couva/Tabaquite/Talparo Regional Corporation (CTTRC) Henry Awong told supporters present at the UNC’s Monday Night Forum at Preysal High School, Couva last night that UNC corporations are being denied much-needed funded as of the $2.6 million allocated for the purchase of material for the development of roads and bridges to the CTTRC for the 2018/2019 financial year, only $144,000 has been received.

He said this lack of funding has also affected the corporations’ abilities to properly serve its burgesses.

“Funding for us to maintain our roads, drains, bridges, pavilions and recreation grounds has not been forthcoming,” Awong lamented.

“As we speak, all councilors at the Couva/Tabaquite/Talparo Regional Corporation, and I am sure the other councilors in the other UNC-controlled corporations can be evicted in the morning as the Government has not released funds for us to pay our respective rents for the past five months, which is a breach of the contract by the Corporation.”

He said he has also received written correspondence from the Citizens Facilitation Unit at the Office of the Prime Minister regarding complaints from burgesses about the condition of roads.

“They are writing me and copying the complainants despite the fact that they should know that we are not getting the funds to address the fixing of anything – roads, drains, bridges, recreation grounds – anything.”

Awong said his corporation is unable to purchase new tyres for its lone water truck, which he said has tyres so smooth, you can see the air in them.

He said there is just one month left in the current financial year and there has been no word from Government on when the necessary releases would be disbursed.

This is not the first time the Corporation Chairman has highlighted the lack of funding, as in April this year he noted that the dire financial situation left councilors unable to pay rent to landlords for up to nine months, in some cases.

Awong then pleaded with the Finance Ministry to make the releases available 'in a timely manner’ after a Corporation meeting had to be cut short when it was discovered that there were insufficient funds to even purchase toilet paper for their offices.

At the political meeting on Monday night, he called for the $2500 monthly rent to be paid to the respective landlords as he said they were “small people” in need of that money.

“We cannot afford to rent from the AG, that is big money. Only small money we have,” he quipped.