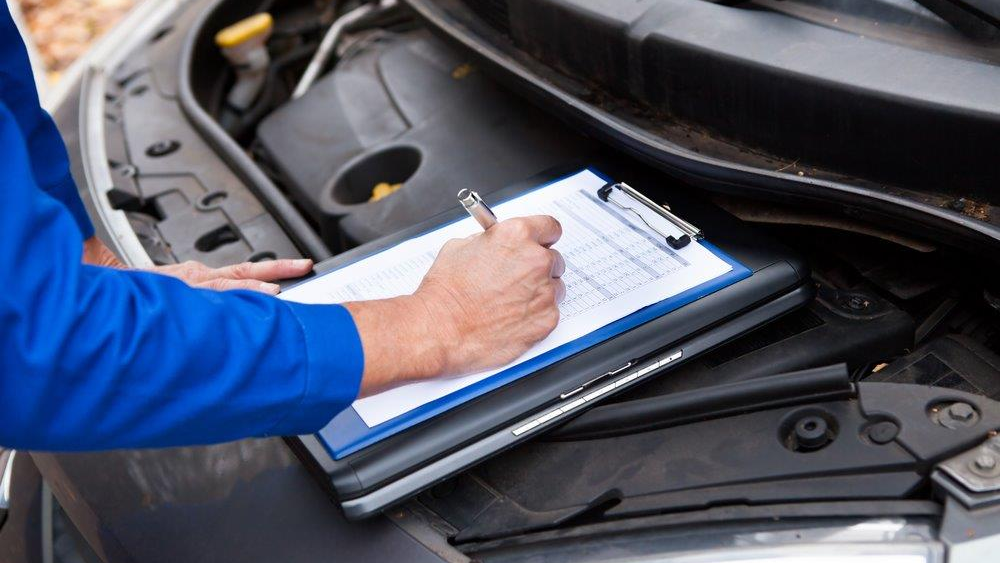 Amid reports of several inspection garages closing early on Friday due to a shortage of stickers and inspection forms, Acting Transport Commissioner Basdeo Gosine has assured that inspection stickers are available.

The last-minute rush of hundreds of drivers to have their vehicles inspected following the end of a moratorium on the inspection of vehicles on December 31, 2018 has left many inspection stations unable to keep up with the demand.

He indicated that inspection garages purchase books and stickers from Licensing Offices based on their expected demand.

He indicated that in the case of inspection stations that would have run out of stickers and forms and tried to get additional stocks from Licensing Offices, they would have encountered some level of difficulty due to the long lines at the cashier.

He noted that in some cases, the cashier would have already closed before the representatives from the various inspection stations were able to acquire new stickers and books.

Related article :Ministry: No fine for absence of sticker once inspection passed

Responding to claims that drivers waiting in line outside of Licensing Offices in Caroni and San Fernando to have their vehicles inspected were ticketed, Gosine said this was fake news.

He assured that once drivers are in the lines waiting their turn to have their vehicles inspected, they will not be ticketed for being in breach of road traffic laws.

However, he said if the line is spilling out onto the roadway and they commit a separate offence, for example, not wearing a seatbelt or using their mobile phones, they will be ticketed.

Teelucksingh Rampaul of Ramps Limited in Tunapuna said they were forced to close on Friday due to a shortage of inspection books and stickers.

“We have no books no stickers, nothing, we had to close for part of the day today. We went Monday, Wednesday, Thursday for books (inspection forms) and right now we are at the Licensing Office trying to get some more.

“It’s stressful, and the customers want their stickers, so we really hope we can get today.”

Rampaul said the inspection process went smoothly during the five-month moratorium, until the past few days.

“We started off good but it became a rush and it got disorganised. Usually if we buy the books we get the stickers, but we didn’t get any last time. If we can get books and stickers we will be open tomorrow,” he said.

Another business owner who runs an inspection garage in north Trinidad and chose to remain anonymous, said he was very dissatisfied with the performance at the Licensing Office.

“After waiting for three days we only got enough documents for about 200 (people) and the guys are still up at the Licensing Office to get the certificates.

“It’s ridiculous and unprofessional and it’s very frustrating, so much so I wanted to close the place,” he said.

“People coming from one in the morning, people parking at night and sleeping in their cars. I know that’s their fault but it’s still inefficient not to have the stickers.”

“We’re very dissatisfied with the Licensing Office on this. We are very professional with how we run our business, we have been doing this for over 20 years. We do things by the book and some people may not like that but that’s how we do it here,” he said.

The source added that his garage ordered 400 stickers but only got 100, and has requested another 400 in the hopes that they may get another 200 stickers. They are open for business on Friday and Saturday.

A representative from an inspection station in Point Fortin said they were also closed for the day as there were no stickers or books available. The representative said they would hopefully have more by next week.

Meanwhile, a representative from an inspection station in Diego Martin said although they were short on stickers they did have the inspection forms available, which could be used in the interim. Drivers would need to return for the stickers once they become available.

The representative said although there was a large number of drivers at the station things moved smoothly.

He urged drivers to have their documents (certified copy, driver’s license, insurance) ready when going to get their vehicles inspected.

Drivers will be fined $5,000 if caught driving without proof of passing the vehicle inspection.

With reporting by Alina Doodnath

Sinanan fires back: Don’t blame me for inspection crowds