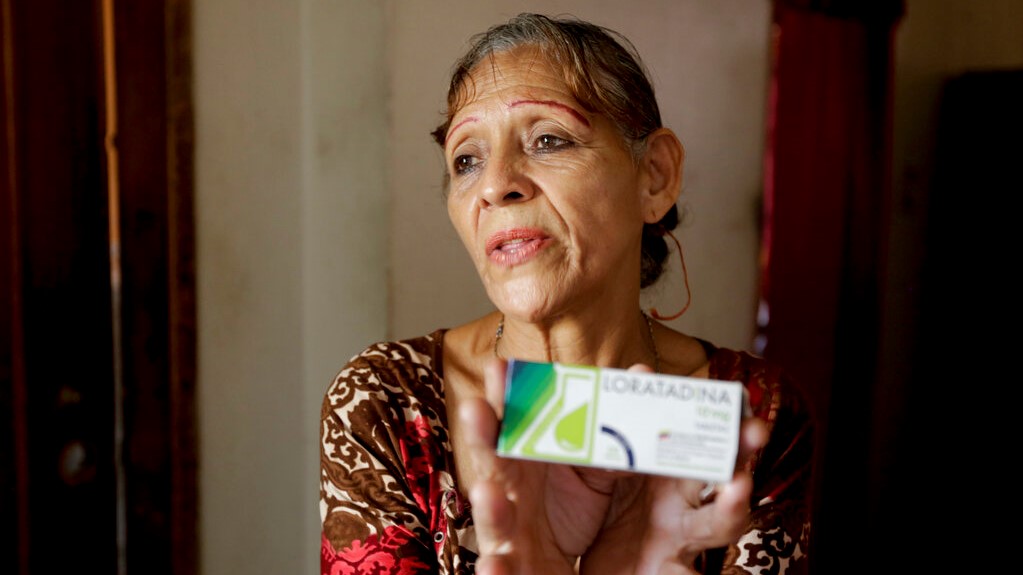 Andreina Cordero started the year skipping meals so her three kids could eat. Her husband, a construction worker, was out of a job. And the family's savings had been devastated by the nation's hyperinflation, limiting Cordero's children to a diet of rice, beans, pasta and fried corn patties.

But the family got a break from their daily struggle to feed themselves this spring when a social worker enrolled them in a programme run by a Silicon Valley startup that is donating cryptocurrency to hundreds of Venezuelan families.

Every week from February to April, Cordero received a deposit of EOS tokens through a cellphone app. She then traded the digital money for local currency through online transfers and used the funds to shop in market stalls.

"We finally got to eat chicken," Cordero said. "And there were also vegetables for the kids."

The three-month trial in crypto transfers is now over, and the family is back to skipping meals and eating mostly beans and rice. But Cordero is thankful for the time that digital currency saved her kids from malnutrition.

"I'm very grateful for what they did for us," Cordero said. "It would be a blessing if something like that were set up again."

Over the past decade, cryptocurrencies like EOS and bitcoin have become popular among investors looking to make large profits from a new and anonymous form of storing wealth.

But a handful of charities are also now using digital currencies to send relief directly to those in need, circumventing banks and companies that handle remittances. They've found the ideal testing ground in Venezuela, where the annual inflation rate by some estimates has soared to a staggering 67,000%, forcing millions to scavenge daily to feed themselves.

"Crypto has the highest likelihood of being helpful to people in places where money is broken," said Joe Waltman, executive director of GiveCrypto, the charity that provided direct transfers to Cordero and more than 100 Venezuelan families in Barquisimeto. "And there's probably no better example of broken money right now than Venezuela."

GiveCrypto's program provided temporary help to vulnerable families by providing them with a weekly deposit worth around $7 — or about the same as Venezuela's monthly minimum wage. The organisation is also aiming to make people familiar with crypto apps so they can transfer their own earnings into digital currency and use it to buy goods, long after they have stopped receiving free deposits.

"We want to show that people who are not techies or investors can also benefit from this technology," said Efrain Pineda, the project's manager. "Anyone can use crypto to protect themselves from inflation and make their daily life easier."

While many middle-class Venezuelans already try to protect their savings from hyperinflation by purchasing U.S. dollars and even gold nuggets, saving in crypto offers a solution to store wealth that may be physically safer than holding on to cash or precious metals in a crime-infested country. Online platforms that allow Venezuelans to buy and hold U.S. dollars provide a similar service.

Storing cryptocurrency presents greater financial risks than holding U.S. dollars, though, due to the wild swings in the value of some crypto assets, including bitcoin. But in Venezuela, where the local bolivar currency has lost two-thirds of its value this year, some merchants are willing to give this technology a shot.

In Barquisimeto, Leticia Luque, an informal merchant, said she began to accept crypto payments two months ago at the request of a social worker collaborating with GiveCrypto's direct transfer scheme. She said the technology has helped her gain time to barter for better prices with suppliers and plan what she will buy next.

"We used to be in a rush to purchase goods before our bolivars lost their value," said Luque, whose husband travels every week to Colombia to stock up on packaged foods and basic goods that the couple re-sells out of their home. "Now we can take our time and we know that our earnings are in a safe place."

Waltman said the Barquisimeto experiment was the first stage of a larger effort to promote the use of cryptocurrency in Venezuela, using "stable" currencies whose values have less fluctuation than bitcoin.

A similar initiative, known as an "airdrop," is being developed by AirTM, a currency exchange platform based in Mexico City that plans to donate small amounts of cryptocurrency to 100,000 people in Venezuela this summer. So far, it has raised $300,000 from donations toward its $1 million goal.

The one-time payment of no more than $10 a person will provide only momentary relief. But the goal is also to encourage Venezuelans to engage with the AirTM platform.

"We want to show Venezuelans how to hold money outside their local currency," said Joshua Kliot, the organisation's co-founder. "The biggest impact this could have is to crypto-ize the country."

And it's not just in Venezuela where nonprofits are attempting to help vulnerable people by introducing them to digital currency platforms. In Europe, Bitnation, a humanitarian agency, has enabled hundreds of refugees without bank accounts to receive direct donations through bitcoin accounts. In Jordan the World Food Programme delivers aid to 100,000 Syrian refugees by creating digital currency accounts for each recipient, using blockchain technology but official currencies. To pay for goods, refugees only need to have their iris scanned in participating stores.

Paul Lamb, a nonprofit management consultant based in California, says the idea of distributing funding directly to people in need is becoming increasingly popular among humanitarian groups, because in some contexts it is cheaper than organising the logistics required to physically hand out food or medicine. Usually, these money transfers are made through debit cards in the local currency. But humanitarian groups are also starting to look at cryptocurrency.

"It's harder for someone to steal cryptocurrency," said Hugh Aprile, the Colombia country director for Mercy Corps, a nonprofit that has handed out debit cards to 7,000 Venezuelan refugees. "And in situations where you have high inflation, it can ensure the stability of the funds being transferred."

In Venezuela, power cuts, like the one that recently left much of the country in the dark for days, knock out the internet connection needed to use cryptocurrency. And connections for many are iffy even when there is power. A tightly controlled currency system that punishes financial crimes with jail time has also discouraged some merchants from accepting cryptocurrency.

"Merchants who accept crypto and are public about it risk being inspected by the government," said Randy Brito, the founder of Bitcoin Venezuela, a cryptocurrency education group.

Poverty is another barrier. Ariany Jaimes, a social worker who recruited participants for GiveCrypto's project in Barquisimeto, said she had to keep some of the neediest people out of the program because they didn't own smartphones with modern operating systems.

"We realize that this technology is not going to become widespread overnight," Jaimes said. "But I do hope that these programmes continue because they make our life a little easier."

CARICOM meets with EU to work toward helping Venezuela