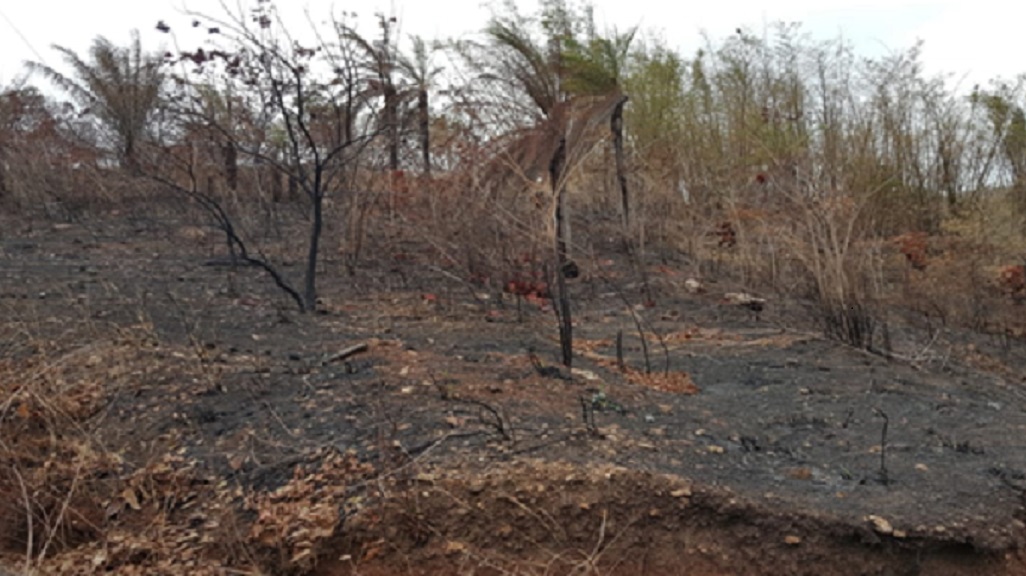 Over 60 forest fires in just five months have left parts of the Northern Range reduced to ashes, possibly leading to more extreme flooding and landslides during the rainy season.

Senior Meteorologist at the Trinidad and Tobago Meteorological Service, Carol Subrath-Ali, said the Forestry Division at the Ministry of Agriculture, Lands and Fisheries recorded over 60 bush fires between January and May 2019 during 2019's intense Dry Season.

The Met Office says large swathes of the Northern Range have been reduced to ashes, and many of these fires were man-made. 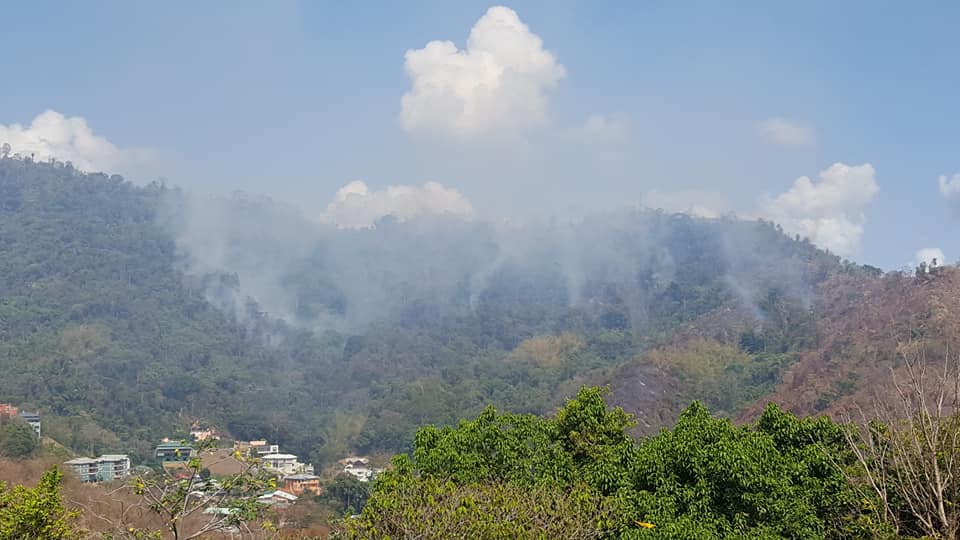 “While some of these patches have emerged due to the lack of precipitation, some of these parts have been cleared for farming, yet, others have been a direct result of fires. The dryness is very evident from even a cursory glance at the mountains.

“The fires that have ravaged the hillsides have, in some cases, exacerbated the exposure of bare soil along the mountains. Where the lack of rainfall may have rendered the vegetative undergrowth minimal, bush fires have in some cases, reduced the undergrowth to ashes.” 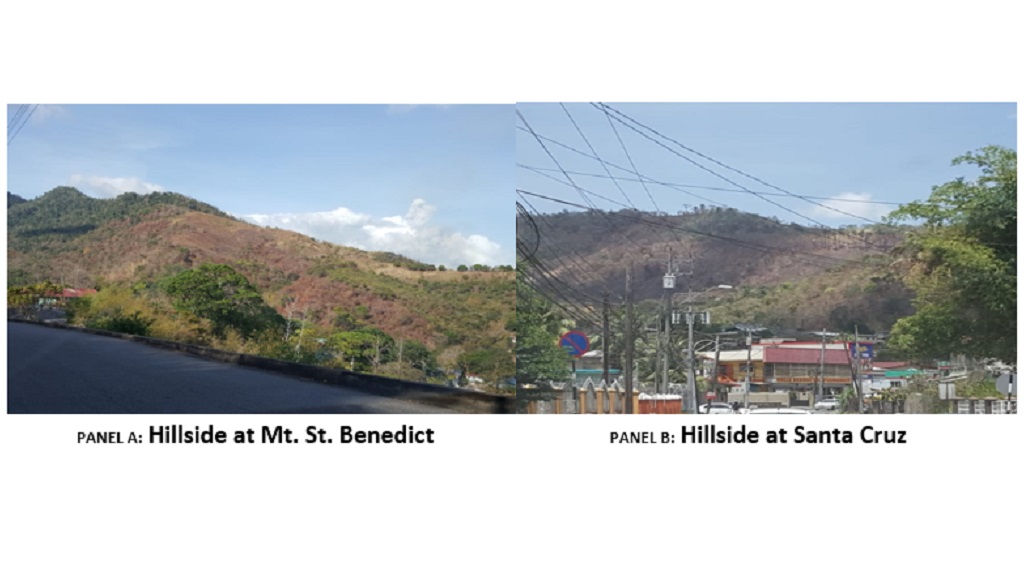 The fires have left large parts of North, Central and South Trinidad exposed, which the Met Office says can result in a higher chance of flooding and landslips.

“In other parts of Trinidad, the situation over the 2019 dry season has been similar. A raging bush fire in Mahica, Point Fortin which lasted over a week left smouldering tree stumps which continued burning long after the major fire was contained.

Bush fires have also been reported in Princes Town, Santa Cruz, Laventille, Cedros and several locations along the northern Range, not listed here. One particularly significant case was a fire on Mt. Tabor on the hills of Mt. St. Benedict which raged on for near a week.

Regardless of the initiation process of these bush fires, the results are expected to have a common impact – an increased likelihood of street and flash flooding when heavy rainfall returns during the rainy season.”

Citizens are warned of possible traffic issues with the onset of landslips due to these factors.

“The other significant danger is the likelihood of landslips and landslides. When the land becomes very dry, large cracks can form and penetrate some distance below the surface layer.”

“With the return of rains, the upper runoff can easily pool into these cracks and infiltrate deeper towards the subsurface layer.”

“The top part of the land now rests on a localized network of water channels which provides a slipping mechanism. With the rainfall, the land soaks and becomes heavy; when the weight of the land above can no longer be supported under the force of gravity, the landmass above slides along the water-infiltrated layer and a landslide can occur.”

The Met Office added that the current landslip along the North Coast Road is ‘barely’ being held back by a small barrier. 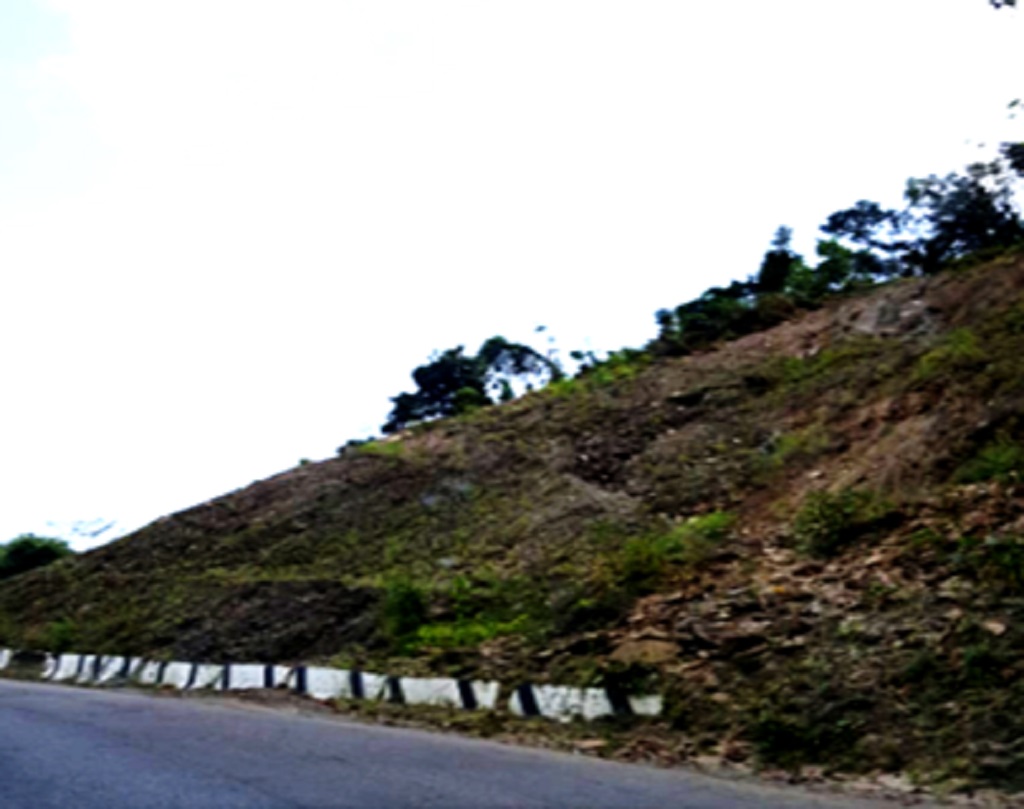 “On the north-coast road, there remains evidence of a landslide event. The minimal barrier which holds the comparably massive hill at the base is barely doing so. There is not enough vegetative or other noticeable restraint to bind the soil beyond the surficial layer,” the Met Office said.

The Met Office is warning of the likelihood of flash flooding as a result.

“Street and flash flood events along the east-west corridor, along with landslips and landslides along the northern range are then quite probable. Further, these events may become very impactful with heavy rains during the 2019 rainy season.”

According to the Office of Disaster Preparedness and Management, many forest fires are set deliberately or inadvertently by humans, whether due to ‘slash and burn’ methods or irresponsible hunting methods, or even by tossing cigarettes out of car windows.

In 2019 the fine for setting outdoor fires without the relevant permit was increased to $20,000.

In 2016, forest ranger Keith Campbell died of burn injuries after fighting to put out a forest fire which was started illegally on Lady Chancellor Hill.