Not an ordinary cruise: UberSoca Cruise to host ultimate pump to Haiti

Imagine a soca-fuelled five-day cruise to a beautiful private island with your crew and some of your favourite artists and DJ’s in tow.

UberSoca Cruise is inviting you to do just that from November 1 to 5 aboard the Royal Caribbean’s Mariner of the Seas, set for Labadee, Haiti. Dubbed as the largest soca festival on the seas, UberSoca Cruise is changing the way we think of cruises giving its passengers a uniquely large yet intimate experience that gives them access to unlimited parties and activities with their friends, meet people from the world, all of which will culminate in visiting a new destination. 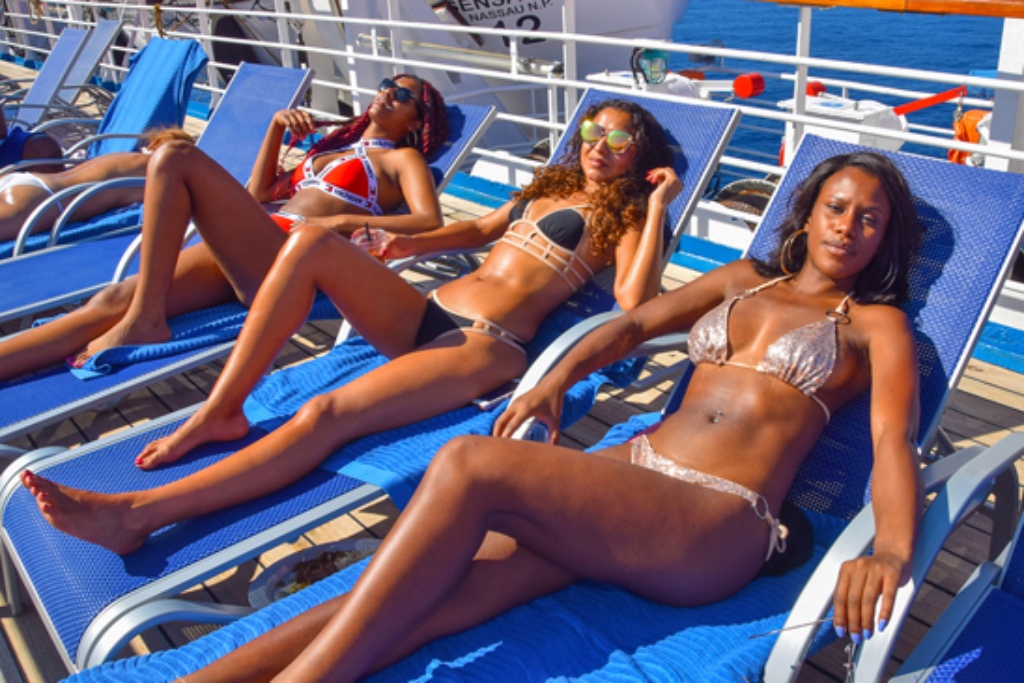 The all-inclusive soca cruise is the first of its kind, offering its passengers a plethora of events and activities to take part in including over 40 back-to-back fetes, live performances from some of the biggest soca artistes in the game, themed parties and other activities.

Given the magnitude of the cruise experience offered, the UberSoca team has rather humble beginnings. The executive team consists of Nathaniel Turner, Daniel Reece, and Jodi Covington, Public Relations and Marketing Manager.

Jodi spoke with Loop on how the idea was born.

Nathaniel, founder of USC, came up with the concept years ago when he went on a cruise and noticed a significant lack of Caribbean passengers. He started thinking about how much more fun it would be if there was more Caribbean representation, with more Caribbean music and food. He held on to the idea for many years but decided in 2015 that now was the time.

“They came to my office and I was immediately was on board and asked about the rest of the team and they told me that this was it,” Jodi said with a laugh.

“Nathaniel said that this boat was gonna leave the dock, even if it was just the three of us on it! That’s how it all got started...we partnered with a lot of amazing people from around the world to really let people know that this thing was real.”

In three short years, UberSoca Cruise has solidified its place as one of the most highly sought-after cruises, with cabins booking up at record speeds. In its inaugural year in 2016, UberSoca Cruise went to Jamaica, followed by Cozumel, Mexico in 2017.

The small team’s commitment to hosting the new concept cruise was evident from the start. Their strategic partnerships with reputable brands also did wonders to boost their legitimacy.

"When people saw what we were doing with over 40 artists and DJs and not just that it was a partial charter...we literally chartered an entire cruise vessel which was really unheard of at the time… it was done before with Jamrock Cruise, but in the soca world it was really the first time that this was being done." 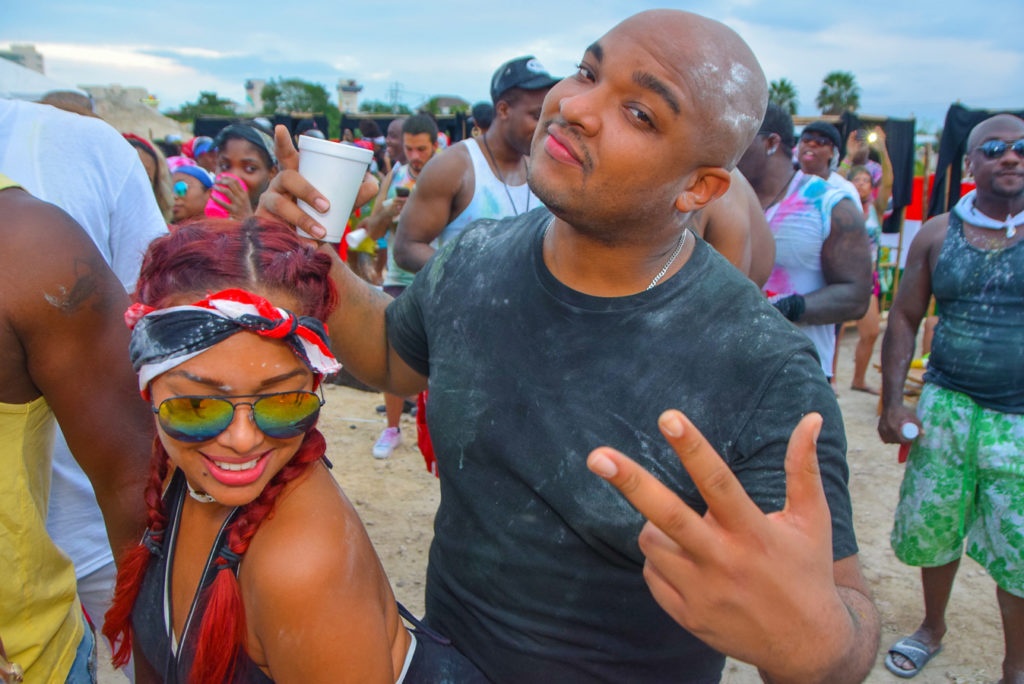 USC is the ultimate melting pot of the Caribbean and the diaspora, with almost every island in the region representing on one ship.

“It's a taste of home and an international experience at the same time,” said Jodi. "Those who live in the US and who have not been home in years can get a little taste of home...every island is represented on the ship."

Its appeal has even grown beyond the region. "We've had people come all the way from Israel and Iraq jumping up and having a blast with their flags [proudly representing]." 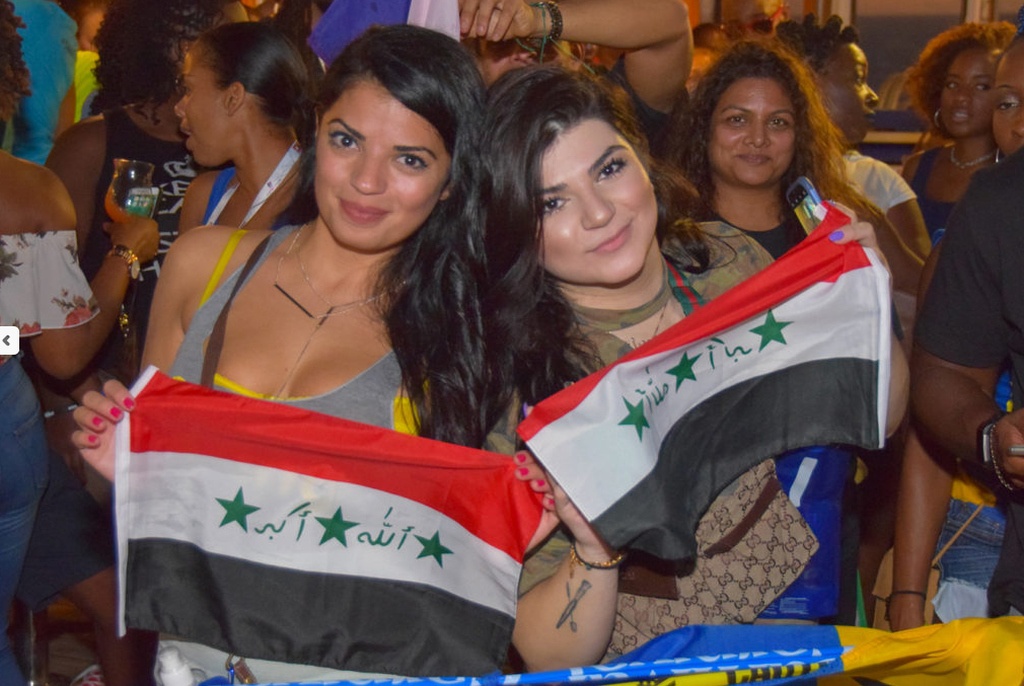 For the 2018 journey to Haiti, passengers can look forward to non-stop pump from the moment they arrive in Miami, with a pre-cruise party on October 31. The pre-pump will feature the USC Artists and DJs, and will allow passengers to become familiar with each other before they sail.

When the ship docks, the action continues on the private island of Labadee with a j’ouvert beach party, also dubbed 'The Labadee Experience'.

“One of the main goals is to spread our Caribbean culture worldwide, but we ended up achieving some additional unforeseen goals as well, such as creating a platform for artists, DJs, and promoters around the world. We’ve seen new music literally being recorded on USC and music videos created and directed onboard.

The USC Team works extremely hard to curate a unique experience from the moment our passengers arrive at the cruise ship terminal.  There are literally cultural dancers from Bermuda, a Trinidadian steel pan group and one of our world-renowned DJ’s entertaining our guest from the time they check in until they board the ship.”

Cabin reservations are currently open for passengers who RSVP a spot and will open for waitlist members before general sales become available. Sign up for their newsletter to keep up-to-date on reservations and visit UberSocaCruise.com for cabin options, pricing, full lineup and what else you can expect from the USC experience.