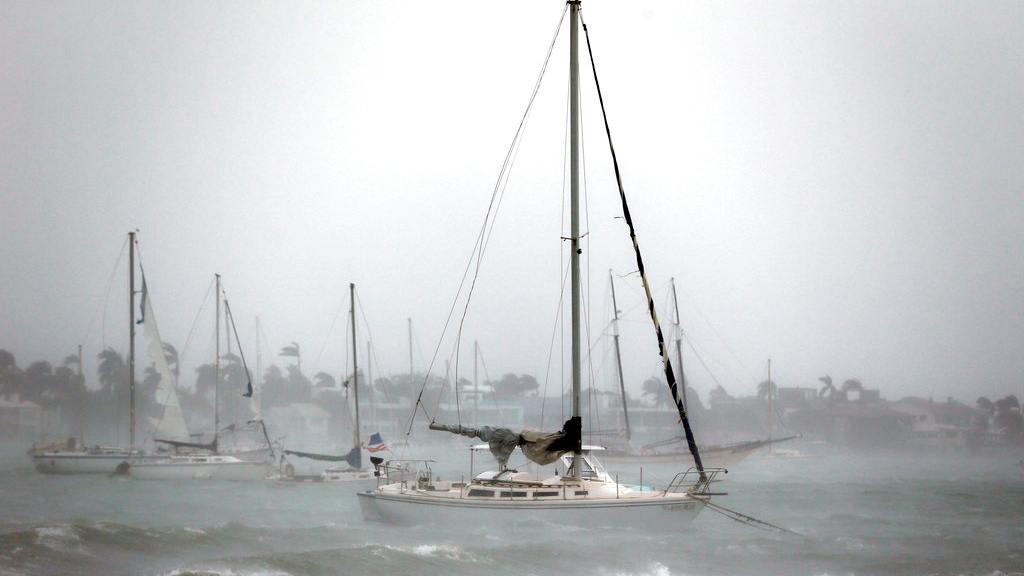 A weakened but still dangerous Irma pushed inland Monday as it hammered Florida with winds and floodwaters that created hazards even for rescuers trying to help beleaguered residents.

Irma was downgraded to a tropical storm over Florida, but it still had winds near hurricane force. Its outer bands were also blowing into Georgia, where the storm's center was expected to arrive later in the day. With rough conditions persisting across Florida, many communities in Irma's wake feared what destruction would be revealed when daylight came. 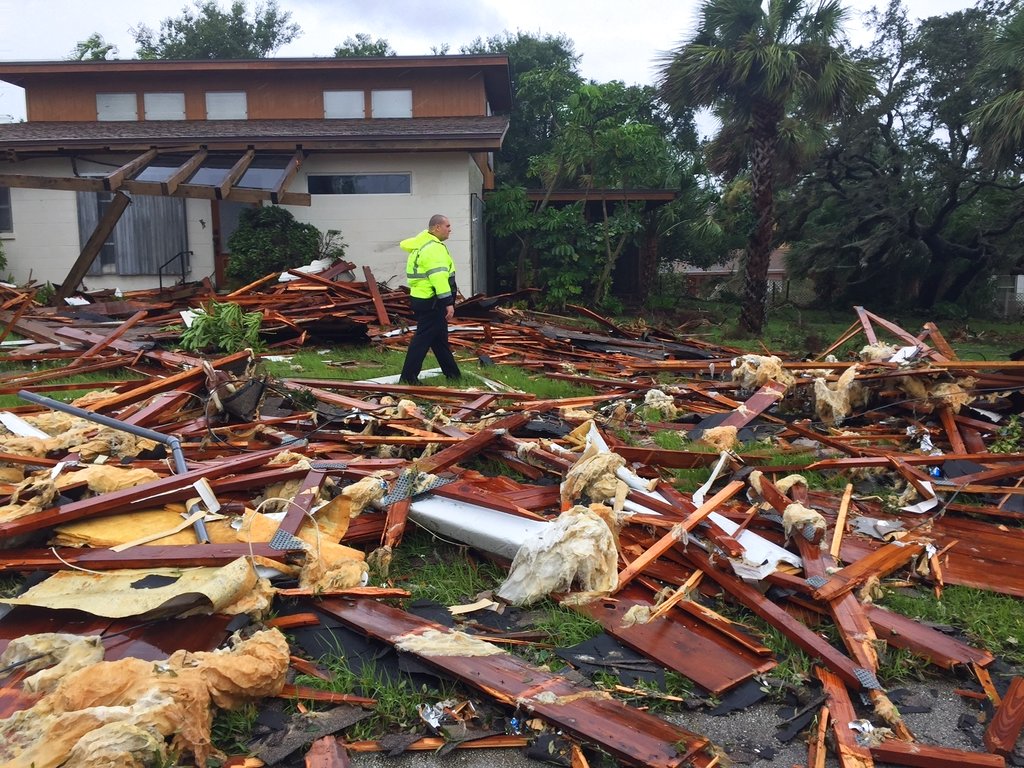 Winds knocked a utility pole and power lines onto a sheriff's cruiser late Sunday in Polk County east of Tampa, illustrating the dangerous conditions for emergency personnel. A deputy and a paramedic, who had just escorted an elderly patient to safety, were trapped for two hours until a crew could free them. Both were unhurt.

And more than 120 homes were being evacuated early Monday in Orange County, just outside the city of Orlando, as floodwaters started to pour in. Firefighters and the National Guard were going door-to-door and using boats to ferry families to safety. A few miles away, 30 others had to be evacuated when a 60-foot sinkhole opened up under an apartment building. No injuries were reported in either case. 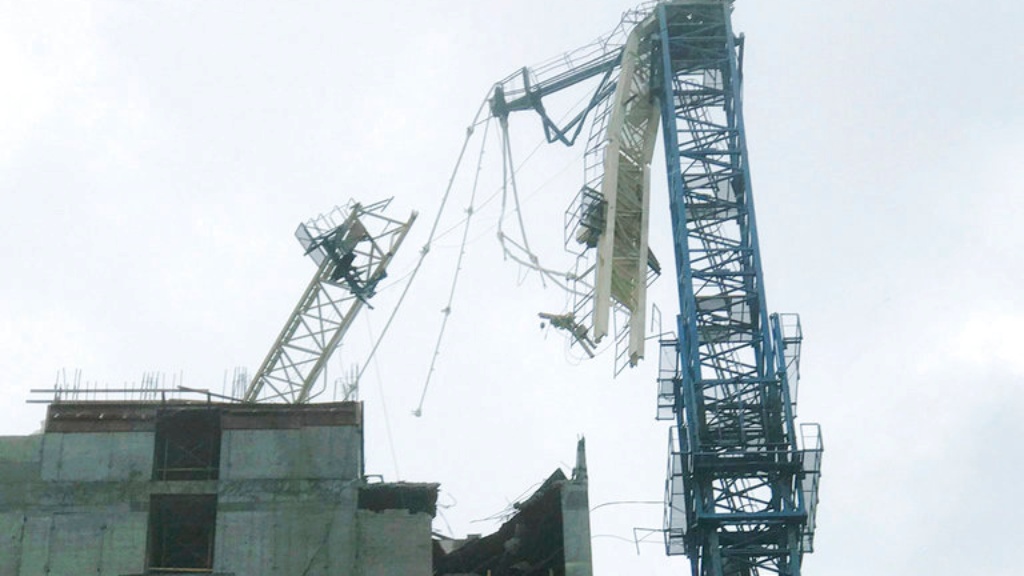 (A crane atop a high-rise under construction in downtown Miami collapsed Sunday, Sept. 10, 2017, amid strong winds from Hurricane Irma. The crane collapsed in a bayfront area filled with hotels and high-rise condo and office buildings, near AmericanAirlines Arena, according to a tweet from the City of Miami. (Gideon J. Ape via AP))

In Redington Shores west of Tampa, attorney Carl Roberts spent a sleepless night riding out Irma in his 17th floor beachfront condo. After losing power late Sunday, he made it through the worst of the storm shaken but unhurt.

"The hurricane winds lashed the shutters violently, throughout the night," he wrote in a text message, "making sleep impossible."

As morning broke, he couldn't open the electric shutters to see outside.

Nearly 4.5 million homes and businesses across Florida lost power, and utility officials said it will take weeks to restore electricity to everyone. More than 100,000 were in the dark in Georgia.

Irma's center was about 105 miles (170 km) north of Tampa when forecasters announced it had weakened to a tropical storm. However, they warned its maximum sustained winds were 70 mph (110 kph), and the storm was still producing higher gusts. 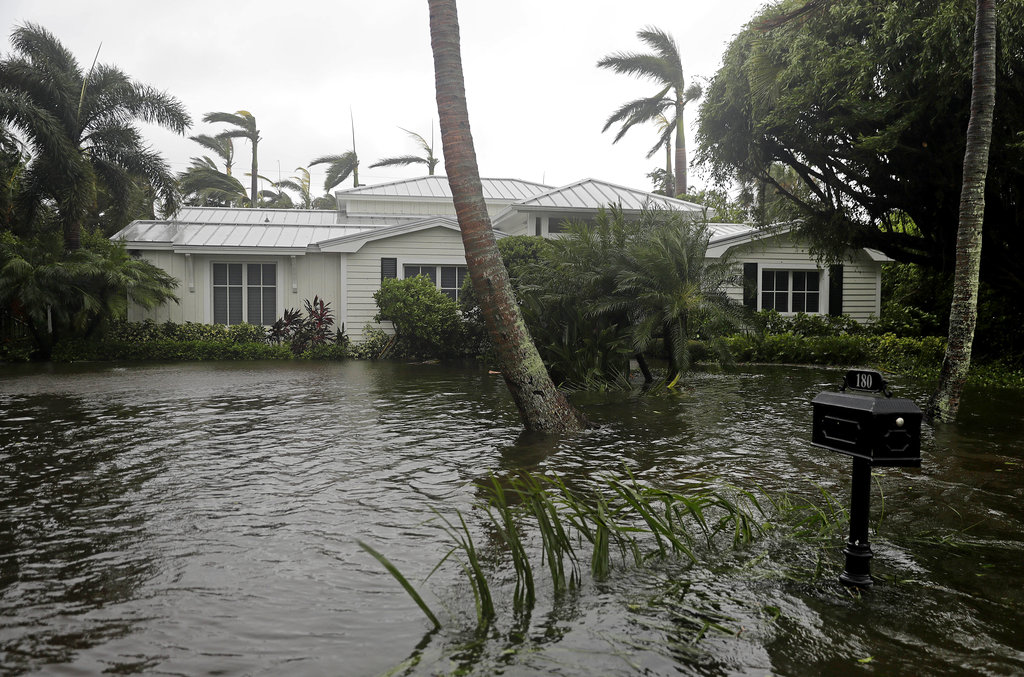 The monster storm, which arrived in Florida as a Category 4 hurricane, has toppled at least three constructions cranes — two over downtown Miami and one in Fort Lauderdale.

People in the heavily populated Tampa-St. Petersburg area had feared a first direct hit from a major hurricane since 1921, but the storm weakened to a Category 2 as it approached that area.

Tampa Mayor Bob Buckhorn said the situation was not as bad as it could have been, but warned residents that dangerous storm surge continued. He also described downed power lines and other debris.

"What we feared the most was the surge," he said in an interview on MSNBC. "The surge is yet to be finished."

Meanwhile, rescue efforts ramped up in the evacuated neighborhood near Orlando as Guardsmen in helmets and fatigues rolled through standing water in a high-clearance vehicle. Firefighters rescued a puppy from one of the homes there and leashed the anxious dog to the front of one of their trucks to give it water and snacks. 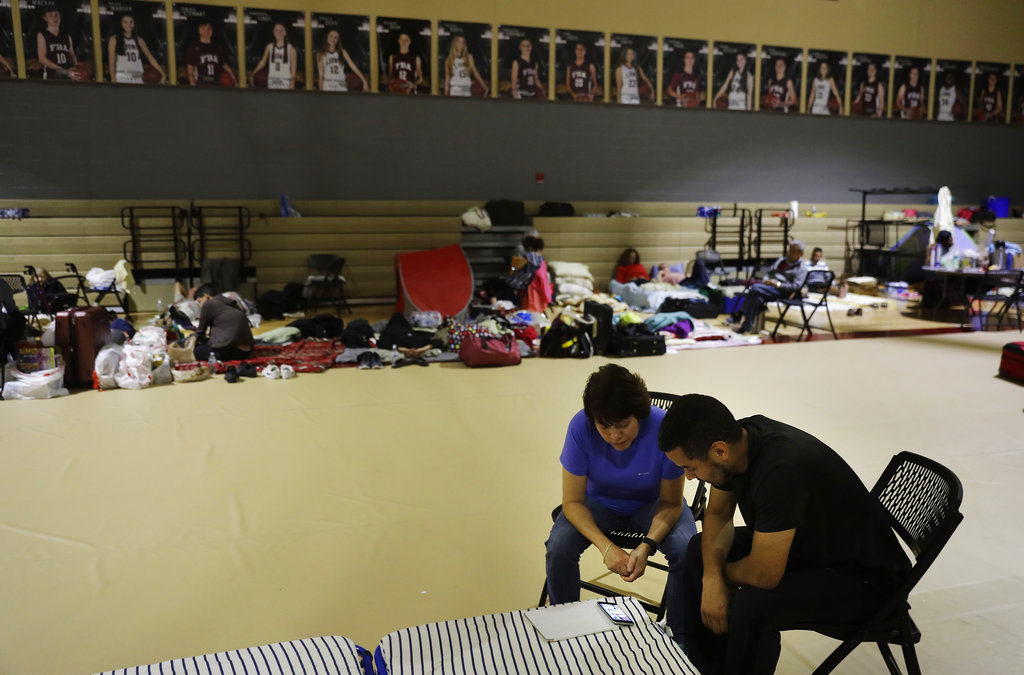 As the sun rose in Orlando, many tried to survey the damage, but authorities warned that conditions remain dangerous and asked people not to venture outside because of a curfew.

No deaths in Florida were immediately linked to the storm. In the Caribbean, at least 24 were people were killed during Irma's destructive trek across exclusive islands known as the vacation playground for the rich.

In one of the largest U.S. evacuations, nearly 7 million people in the Southeast were warned to seek shelter, including 6.4 million in Florida alone. More than 200,000 people waited in shelters across Florida.

Next, Irma is expected to push into Georgia, Alabama, Mississippi, Tennessee and beyond. A tropical storm warning was issued for the first time ever in Atlanta, where many schools canceled classes.

"I've not heard of catastrophic damage. It doesn't mean it doesn't exist. It means it hasn't gotten to us yet," Koon said.

In the low-lying Keys, appliances and furniture were seen floating away, and Monroe County spokeswoman Cammy Clark said the ocean waters were filled with navigation hazards, including sunken boats.

About 30,000 people heeded orders to leave the Keys as the storm closed in, but an untold number refused, in part because, to many storm-hardened residents, staying behind in the face of danger is a point of pride.

John Huston, who stayed in his Key Largo home, watched his yard flood even before the arrival of high tide.

"Small boats floating down the street next to furniture and refrigerators. Very noisy," he said by text message. "Shingles are coming off."

Irma once was the most powerful hurricane ever recorded in the open Atlantic, a Category 5 with a peak wind speed of 185 mph (300 kph). For days, forecasters had warned Irma was taking dead aim at Florida. Irma made landfall as a Category 4 hurricane Sunday morning at Cudjoe Key, not far from Key West. It then rounded Florida's southwestern corner and hugged the coast closely as it pushed north.

9 arrested in Florida for looting sneakers during Irma