Nun involved in lawsuit with Katy Perry over convent dies 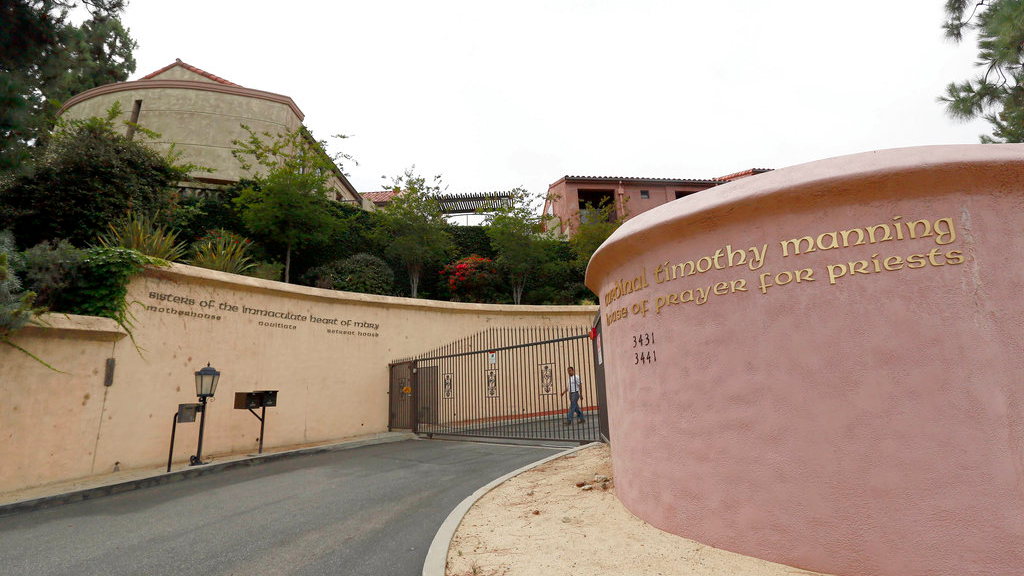 FILE - This June 29, 2015 file photo shows the Sisters of the Immaculate Heart of Mary property in the Los Feliz area of Los Angeles.(AP Photo/Nick Ut, File)

A nun who was involved in a lawsuit with pop star Katy Perry over the sale of a convent in Los Angeles died Friday after collapsing during a court appearance.

Sister Catherine Rose Holzman, 89, had served the church "with dedication and love for many years," Archbishop Jose Gomez said in a statement.

Holzman was a member of an order of elderly nuns involved in a dispute over the sale of their convent in the city's Los Feliz neighborhood.

Hours before her death, Holzman spoke to KTTV , decrying a judge's ruling that cleared the way for the Archdiocese of Los Angeles to sell the convent to Perry.

"To Katy Perry, please stop," Holzman said. "It's not doing anyone any good except hurting a lot of people."

The singer sought to buy the 8-acre property and its Roman-villa style buildings for $14.5 million. The "Roar" singer's efforts to buy the aging hilltop home were stymied when the nuns tried to sell the convent to a local entrepreneur to turn into a boutique hotel, but a judge ruled in 2016 that the sale was invalid.

The Sisters of the Most Holy and Immaculate Heart of the Blessed Virgin Mary have owned the property for more than 40 years, but they have not lived in the convent for several years.

"I was sad to hear the news of her passing and I have offered a Mass for the repose of her soul," Gomez said in a statement. "We extend our prayers today to the Immaculate Heart of Mary community and to all her friends and loved ones."