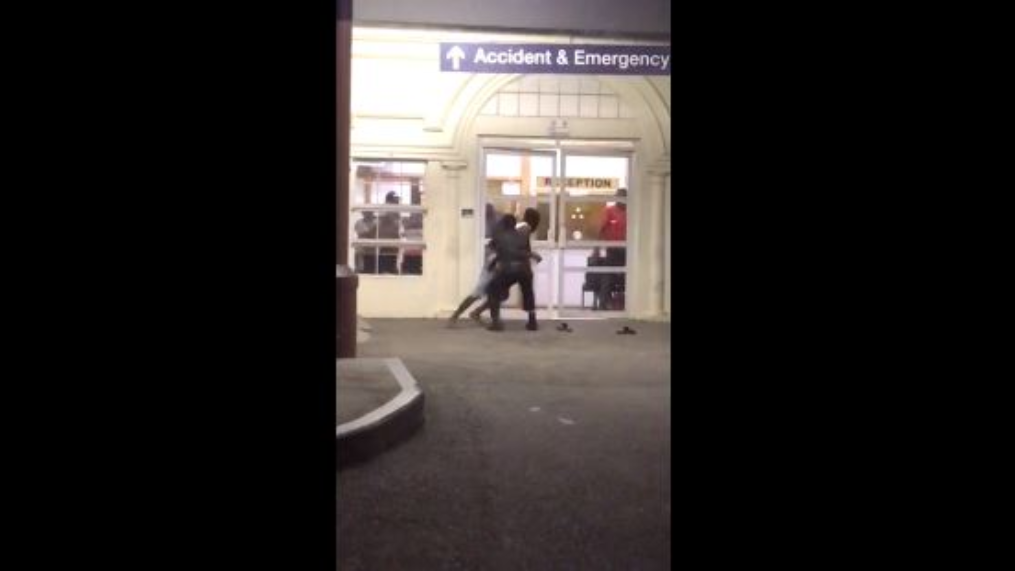 The North West Regional Health Authority has condemned the unlawful behaviour of those who participated in the brawl which took place at the Accident and Emergency (A&E) Department of the St James Medical Complex on Tuesday.

The incident occurred between 7:45 pm and 8 pm and was caught on camera by persons situated outside the health facility.

According to a statement by the NWRHA, an official report indicates that the altercation involved two patients brought in by police officers as well as their relatives.


The release said no staff or other patients were injured as security officials intervened to quell the disturbance. Police officers also arrived at the scene shortly after they were contacted by security personnel.

Following the fracas, the NWRHA said steps have been taken to prosecute persons to the full extent of the law, with respect to the damage caused to the property of the Authority.

The NWRHA is also working alongside the TTPS to establish protocols to deal with injured persons brought in by police to any of its facilities who may have been involved in the commission of a criminal offence either as a perpetrator or a victim.

Members of the public are assured that 24-hour operations continue at the A&E department of the complex.

The NWRHA says it remains committed to providing a safe and secure environment for all employees, patients and people visiting the SJMC and all institutions under its purview.