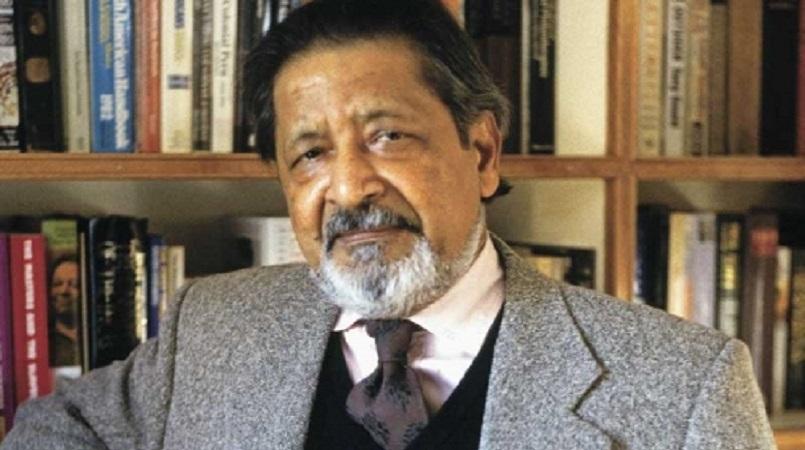 President Obama credited Trinidadian writer VS Naipaul as one of the writers that influence his own writing and perspectives.

In a New York Times interview published on January 16, Obama says although he does not agree with his political views, Naipaul’s perspective impels him to try to refute them.

“I think that there are writers who I don’t necessarily agree with in terms of their politics, but whose writings are sort of a baseline for how to think about certain things — V. S. Naipaul, for example. His “A Bend in the River,” which starts with the line, “The world is what it is; men who are nothing, who allow themselves to become nothing, have no place in it.”

“I always think about that line, and I think about his novels when I’m thinking about the hardness of the world sometimes, particularly in foreign policy, and I resist and fight against sometimes that very cynical, more realistic view of the world.”

“And yet, there are times where it feels as if that may be true.”

“So in that sense, I’m using writing like that as a foil or something to debate against.”

Obama was speaking on major writers and books that influenced him , adding that he used writing as a way to rebuild himself, after feeling like an outsider as a child.

“I loved reading when I was a kid, partly because I was traveling so much, and there were times where I’d be displaced, I’d be the outsider.”

“I think rediscovered writing and reading and thinking in my first or second year of college and used that as a way to rebuild myself, a process I write about in “Dreams From My Father”,” he said.

Sir Vidiadhar Surajprasad Naipaul won the Nobel Prize in Literature in 2001 and is known for his comic early novels set in Trinidad and Tobago, his bleaker later novels of the wider world, and his autobiographical chronicles of life and travels.

He has published more than 30 books, both of fiction and nonfiction, over some 50 years.

Naipaul was made a knight in the 1990 New Year Honours.