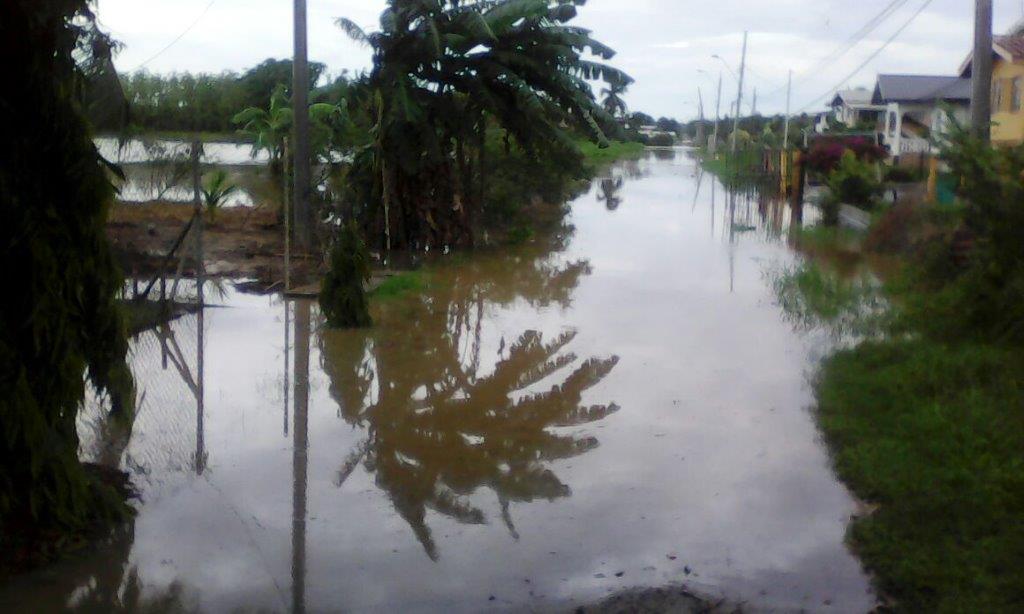 The Office of Disaster and Preparedness Management (ODPM) said it has received confirmed reports that some routes in St Helena and environs are impassable due to high flood waters.

In a statement posted Wednesday at 3:00 pm, the ODPM said Madras Road in Cunupia, St Helena heading to Las Lomas is impassable.

Additionally, the access road to St. Helena known as Boy Cato Road is also impassable and commuters should avoid these routes.

San Raphael, Talparo and Brazil continue to be marooned up to Wednesday afternoon.

Video footage showed some vehicles submerged in flood waters, while many homes remained trapped by flood water which continued to cover roadways and some homes up to Wednesday afternoon.

The ODPM said however that although the Caroni River burst its banks on Tuesday, water levels are currently receding and highway routes are not impacted.

The ODPM said affected persons can place reports directly to their Regional Corporation’s Disaster Management Unit and Utility agencies such as WASA and T&TEC regarding the lack of services to get assistance.

These agencies are ready to assist affected persons.

“The ODPM thanks persons who have been inboxing messages with images, video footage of impacted areas and sending messages for assistance. All reports are being communicated to the Ministry Of Rural Development and Local Government’s representative at the National Emergency Operations Center to ensure these reports are transmitted to the Regional Corporations on the field at this time,” the agency said.

On Wednesday, Prime Minister Dr Keith Rowley along with Minister of Rural Development and Local Government, Kazim Hosein, other public officials and members of the media, visited flood-ridden areas in Central Trinidad to assess the extent of the damage.

The Ministry of Social Services and Family Development has issued a list of public grants which can provide aid for affected citizens.