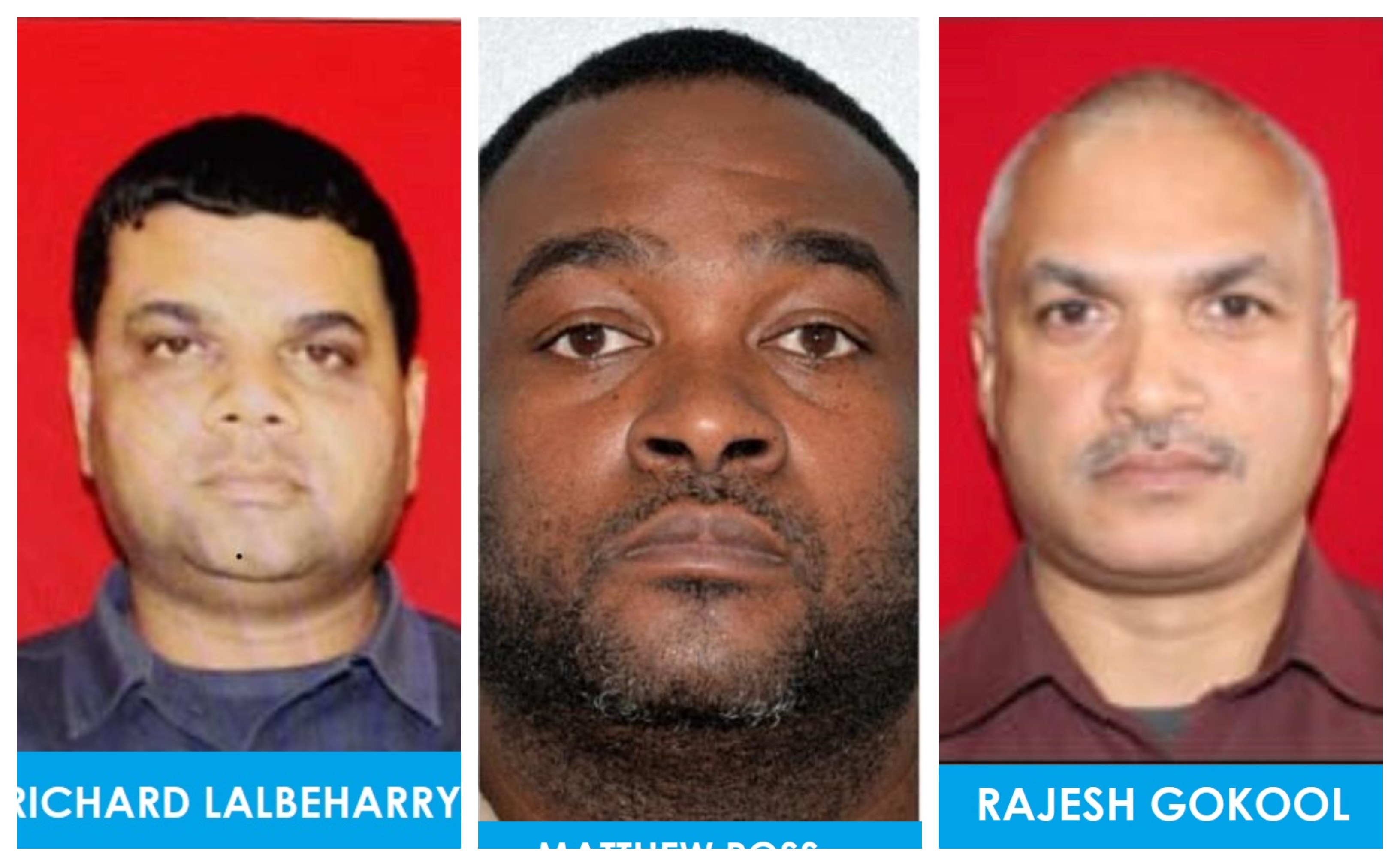 A police inspector and a police sergeant, along with a bar manager, have all appeared before a Chaguanas Magistrate on allegations of trafficking a child for the purpose of exploitation.

They were jointly charged along with bar manager, Matthew Ross, 39.

They were also charged with the offences of misbehavior in public office, supporting a gang related activity, and receiving a benefit knowing that it resulted from the offence of trafficking a child.

Gokool also faces an additional charge of assaulting the child.

The charges against the three men were laid indictably and they were not called upon to enter a plea.

After submissions to the court, bail was granted.

Each accused was also given a cash alternative.

After further submissions the matter was adjourned to March 25.