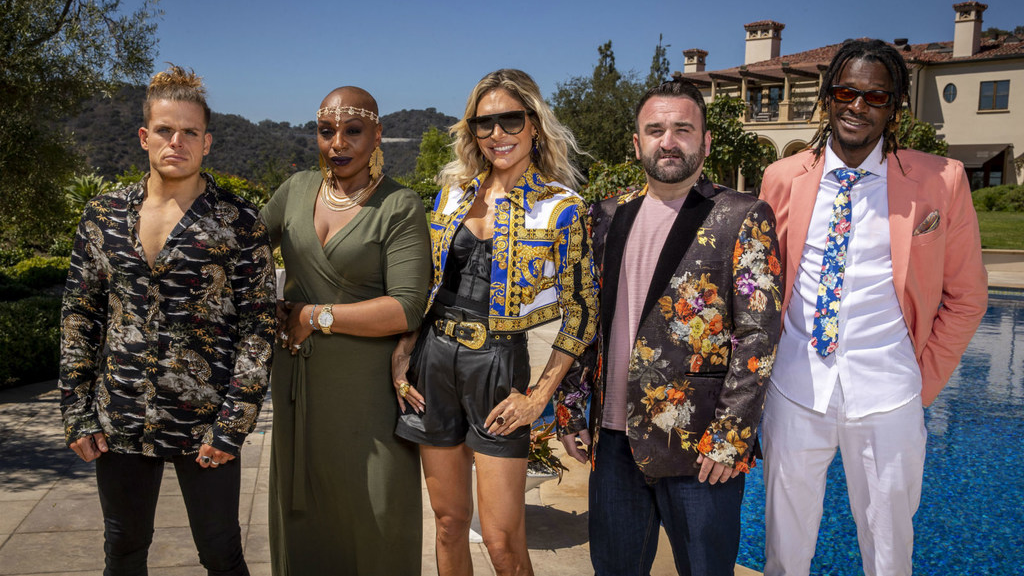 The final four from The Overs with judge Ayda Field. Photo courtesy ITV

Olatunji Yearwood has vowed to make his family, his country and his judge Ayda Field proud as he received the news that he made it to the final 16 of the X Factor.

Ola booked the coveted spot after performing his 2015 hit ‘Ola’ at Field’s home in Los Angeles on Sunday night.

He was among four from The Overs to make it to the finals.

In making her announcement to Ola, Field said that she loves that he brings a completely new style of music to the competition.

“This is such a strong category this year and I am looking for someone who can really stand out in the live shows,’ she said.

After singing Mambo No 5 in the Six Chair Challenge, Ola returned to his soca roots with ‘Ola’.

Sporting an Ecliff Elie jacket which Fields described as the best jacket of the day, Ola gave the judges an energetic performance.

Following the episode, Ola wrote on Instagram: “My sweet twin island Republic we’ve kept going for YOU through all of the obstacles, tight budgets etc. We are doing this for ourselves and MOSTLY to bring some smiles and Joy to you back home🇹🇹🇹🇹. From my team we hope you’re even prouder today than September 2nd 2018.”

It is not quite clear what the format for the live shows will be.

ITV said: Each of the final 16 contestants will sing their hearts out live on stage with judges Simon Cowell, Louis Tomlinson, Robbie Williams and Ayda Williams taking their seats behind the judges’ desk to battle it out with their contestants in the hope of impressing the audience at home.

"This year Simon has the Girls, Louis has the Boys, Robbie has the Groups and Ayda has the Overs. They’ll be joined by resident host, Dermot O’Leary, who’ll be leading the proceedings and keeping the judges in check along the way.

"Throughout the live shows, an outstanding line-up of guest stars perform."

X Factor final is due to air on Saturday, December 1.

The Lounge: Olatunji looks forward to next round of X Factor