Omavi fights cancer: ‘Do nothing and die, or live’ 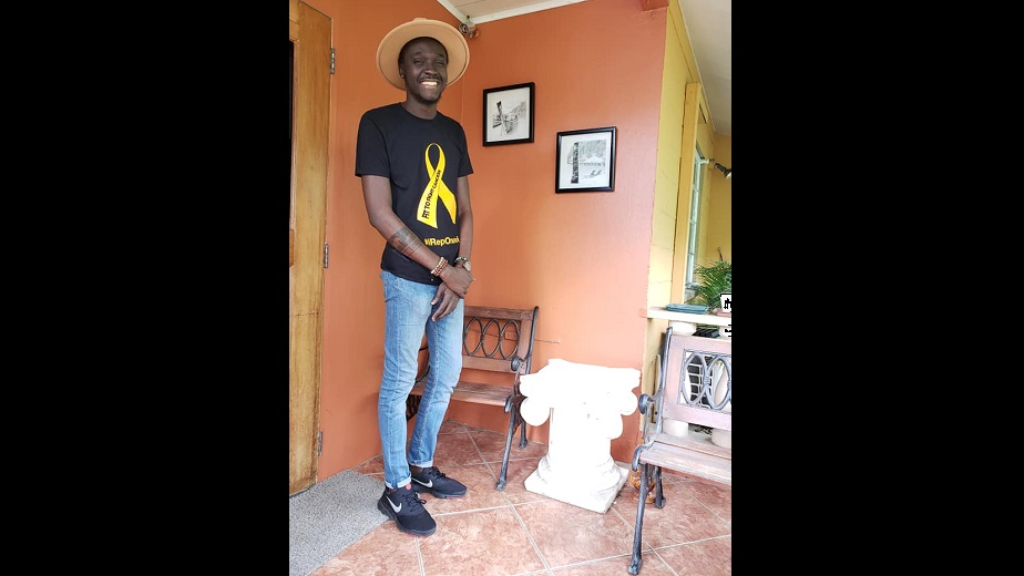 A vegetarian, an activist, a writer, poet, volunteer and tutor. There is absolutely no room for cancer.

If you live in Trinidad and Tobago, then you ought to be familiar with 31-year-old Point Fortin resident, Omavi Langevine. If you don’t, here’s where you’ll learn.

Omavi has gone viral on social media after sharing his journey since being diagnosed with Myelofibrosis secondary to Acute Myeloid Leukemia (AML).

It all started last November when, on his way to tutor a class in San Fernando, the Point Fortin man began feeling extremely light-headed. He automatically assumed that this was because he hadn’t eaten. One week later, Omavi felt dizzy again and as time passed, noticed a rash on his upper body.

Labelling himself ‘extremely health-conscious’ he searched the web for information on autoimmune diseases. He then went to a pharmacy and got medication which saw the ‘rash’ cured within four days. Still concerned though, the Point Fortin man changed his diet. Despite making these measures, Omavi says he continued to feel fatigued which prompted him to take blood tests in November and December. The results were returned in January and everything seemed within the normal range. He told the doctor he still felt unbelievably tired and was advised that it might have been a Vitamin B deficiency.

Stocking up on vitamins and ‘bush medicine’, he thought he was on his way to recovery. But, he was wrong. That same month, Omavi returned to the hospital. His complete blood count (CBC) showed a drop from 15 to 9. The normal range for men is 14 to 17.5 grams per deciliter. As a result, he was sent for another test at the San Fernando General Hospital but they lost the results.

“It is a fatigue that is difficult to breathe. It is a task to breathe although nothing is wrong with your respiratory system," he explained.

This meant he could not even stand to shower.

Two months later, in March to be precise, Omavi says he was running a high fever and his fatigued state had worsened so he rushed to the hospital again. There, he was told that his blood count had fallen to six.

“Besides that, the other blood products, which were the platelets and the white blood cells, were critically low.”

Doctors advised him to go to the San Fernando General Hospital where he received the news that he might have leukaemia.

Reading online about his symptoms prior to receiving confirmation he says, “I was like, alright, cool, this is a possibility but this is not my possibility.”

According to the National Cancer Institute in the United States, AML is a type of cancer in which the bone marrow makes abnormal myeloblasts (a type of white blood cell), red blood cells, or platelets. There are different subtypes of AML and signs and symptoms of adult AML include fever, feeling tired, and easy bruising or bleeding. Leukaemia cells can build up in the bone marrow and blood so there is less room for healthy white blood cells, red blood cells, and platelets. When this happens, infection, anaemia, or easy bleeding may occur. The leukaemia cells can spread outside the blood to other parts of the body, including the central nervous system, skin, and gums.

After receiving the news, his first response was to laugh. It wasn’t a ‘haha’ laugh but a nervous one. He broke into tears when the doctor left the room.

“Most of the sadness just came from thinking about death. I was like, ‘you’re too young to die’. The whole experience has been frustrating but I’ve only ever been sad for one week tops and that was the first week. After that, I was like ‘ok, what’s the next step?’. There have been moments of anxiety, moments of frustration, few moments of self-pity. Most of those feelings of self-pity and whatnot, I let go of that within that first week”.

The positive spirit Omavi exudes is not limited to social media because he maintained this attitude throughout the conversation. Asked how he managed to remain so optimistic, he says it was his faith in God.

“I remember encountering stories of children who passed away from it and I was like, 'dan well who is you?'”

He also recalled reading about the Boeing 737 aeroplane crash in which 157 people including crew members were killed.

“Give God thanks for life. Look you alive to read this story with a plane full of healthy people killed.” 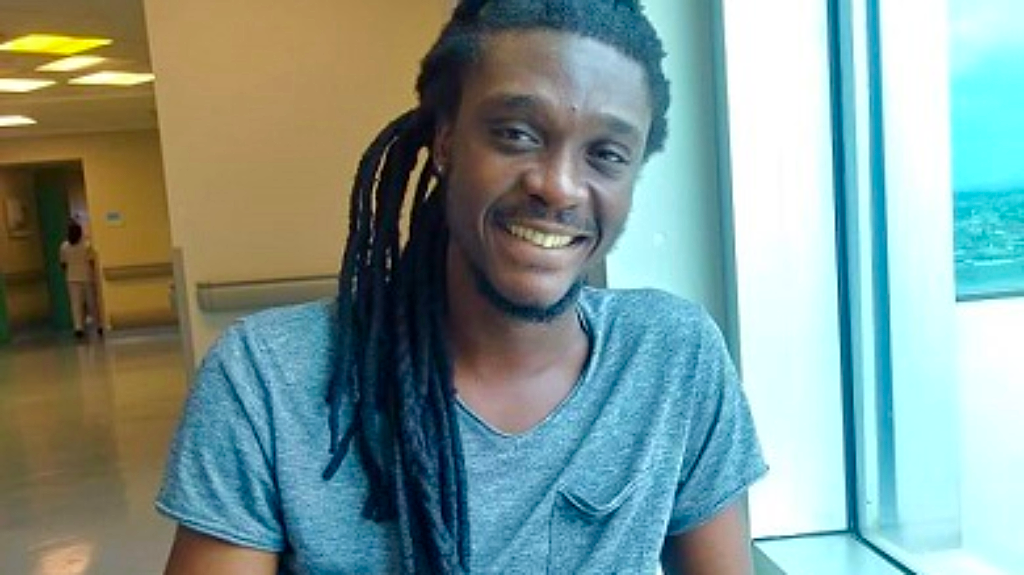 The healthcare system in Trinidad and Tobago could have cost Omavi his life. This is not because of a lack of skill but because of a shortage of blood.

"A pint of blood could cost you as much as $2500. We don’t have that blood drive system in Trinidad and Tobago. We underestimate how powerful that is."

Currently, the blood bank operates on a needs basis. This means that even if a patient gets five pints of blood donated to them, they may not immediately receive it.

Omavi’s doctor, who is Cuban, told him his best chance at survival would be to seek care internationally. While questioning how he could afford it, he says God stepped in.

“That was something from God. When I was 28 or 27, I decided that I didn’t want to enter into meh 30’s without some sort of financial direction or financial stability. So I did an insurance policy but to be honest, I had no idea what I was paying for.”

Lucky for him, his insurance agent signed him up for critical illness and that’s how his medical trip was funded.

“Ironically, she called me to find out something random and I just told her I was in the hospital and I didn’t know when I was coming out. The next day she came and told me anemia was on the list. When I called her to let her know what it was, she was able to put things in place so I could put in my claim.”

At the Cuban hospital, Omavi was placed on chemotherapy for 24 hours a day. 10 days post chemo and his platelets and blood count were not building on its own so doctors performed what would be his third biopsy.

Omavi says the pain was immeasurable. According to him, doctors took a needle the size of an icepick and penetrated his bone. Then, they took another device to shave off piece of that bone before extracting some of his marrow for testing. All of this was done under local anaesthesia so he felt it.

In that procedure, doctors found a second cancer called myelofibrosis which was not revealed in the two prior biopsies.

The Mayo Clinic says myelofibrosis is an uncommon type of bone marrow cancer that disrupts your body's normal production of blood cells. Myelofibrosis causes extensive scarring in your bone marrow, leading to severe anaemia that can cause weakness and fatigue. It can also cause a low number of blood-clotting cells called platelets, which increases the risk of bleeding.

His ill state meant he was susceptible to infections and virus. As a result, he managed to contract E-Coli and was terribly sick. Doctors rushed to emergency surgery to remove his appendix.

In the end, having spent three months in Cuba with unexpected medical procedures, his bill climbed to US$90,000 which amounts to TT$612,000.

The effects of chemotherapy... 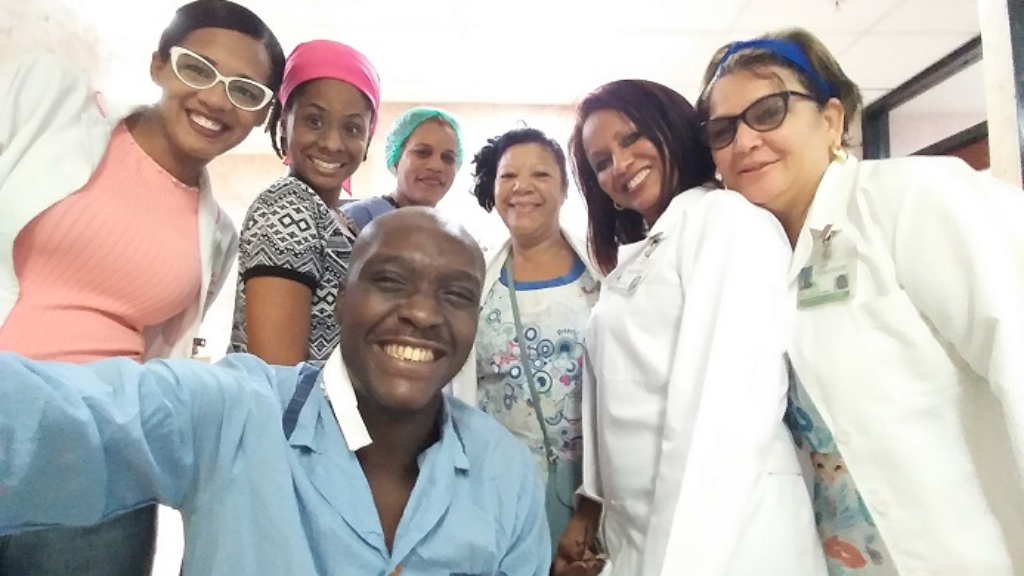 Apart from hair loss, another side effect Omavi experienced as a result of chemotherapy was peripheral neuropathy which means his nerves in his feet were damaged. He was ultimately unable to walk. He experienced hypersensitivity to the point where his feet could bleed if his blanket touched his toes. This meant the 31-year-old could not even wear shoes.

Refusing to lose the ability to walk, he started training for a 5K by popping pain killers before putting on shoes and walking. That exercise reduced his pain dramatically “from 1500 to 7”. 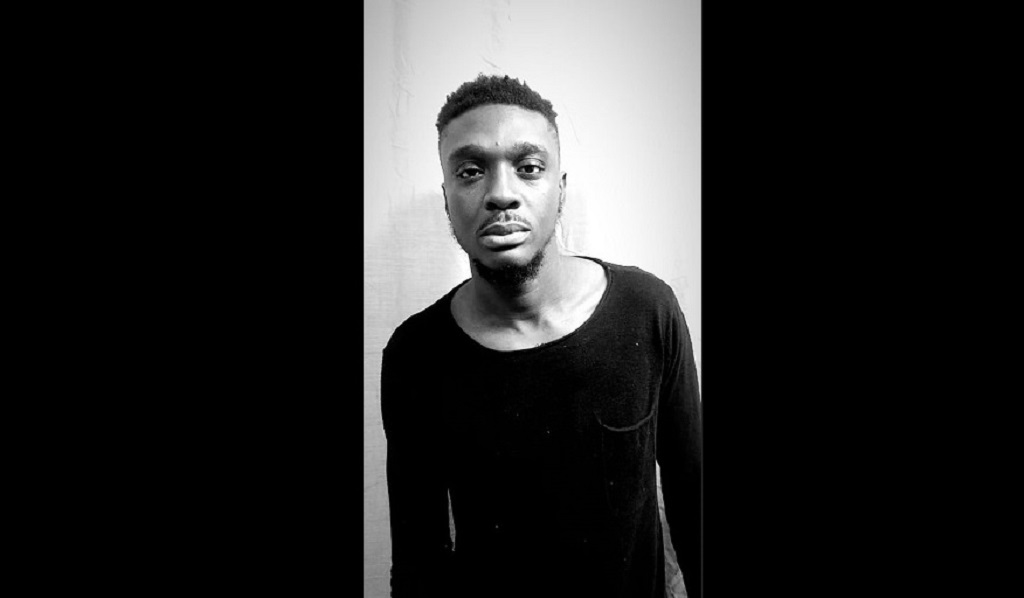 The Point Fortin man was allowed to leave Cuba although he was in a critical, yet stable condition. Now, back in Trinidad, Omavi will do a biopsy in January to find out if his cancer is in remission. For now, he remains stable.

Sending thanks to the public, he expressed gratitude to those who contributed to his medical bills.

“The public, from since people found out, assisted me like, beyond measure to the point where it was overwhelming. There is a kind of goodness that exists in the hearts of Trinbagonians. I wish it was displayed more.”

“Cubans are the humblest, the service is top notch, they don’t make anything an issue. The nurse would pick up a mop and clean a spill instead of waiting for a cleaner. They have the best attitude in the world.”

Omavi has a book called Letters to honest Folk that can be found on Amazon, Kindle, Barnes and Noble and iTunes.

He says the book heavily features one of his personal mantras, "Linque Legatum", which means leave a legacy.

“Yes, death is a frightening thought. A lot of people I admire, they were remembered because of the legacy they created. When you do things, that’s how you become available. Post-diagnosis, it became even more important for me to be remembered as the person who never gave up so I tried not to make things an issue."

“Do nothing and die or live.”

Meanwhile, Omavi has urged people to pray throughout any ordeal, as that worked for him.

'I fought breast cancer to survive for my two children'