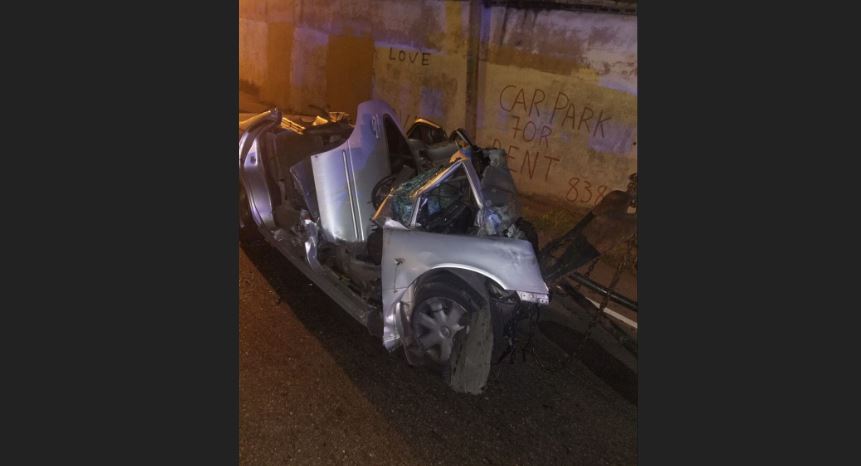 The wreckage of Darren Pemberton's Nissan B14 vehicle.

A 23-year-old man is dead following a motor vehicular accident on Friday night in Laventille.

The deceased has been identified as Darren Pemberton of Chinapoo, Morvant.

According to police reports, around 11:50 pm on Friday, Pemberton was driving a Nissan B14 motor vehicle along the Eastern Main Road, when upon reaching the vicinity of Stanisclaus Street, Laventille, he came into contact with a KIA Sportage motor vehicle.

The Sportage, LoopTT was told, was being driven at the time by Donell Herbert - a firefighter attached to the Piarco Fire Station.

The B14 was mangled as a result of the accident and the ‘Jaws of Life’ were needed to extricate Pemberton from his vehicle.

A passenger in Herbert’s vehicle - identified as Wendell Horsford of La Horquetta – broke his right ankle.

The two wounded men were taken to the Port of Spain General Hospital.