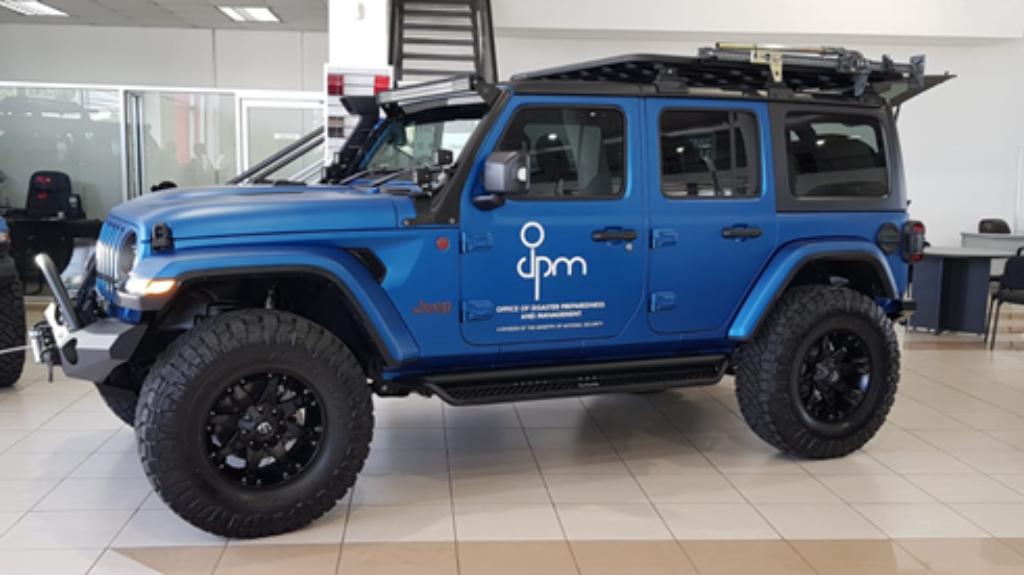 One of the Jeep Wranglers attained for the ODPM.

The Office of Disaster Preparedness and Management (ODPM) is clarifying their acquisition of two Jeep Wranglers after widespread criticism alleged that the government had purchased the vehicles.

In a lengthy statement, the ODPM revealed that the vehicles were actually donated by the United States government.

“The US Government, in its long-term goal to assist Trinidad and Tobago strengthen our disaster resilience at the national and local levels, graciously agreed to procure two Jeep Wrangler all-terrain vehicles for the ODPM among other items.

“This donation by the US Government of Jeep Wranglers and other items of disaster support to Trinidad and Tobago is not the first such donation,” they wrote.

The Office also assured that they went through all the relevant and appropriate measures for acquiring the vehicles.

“This Office complied with all protocols for the acquisition of the vehicles and accessories, and exercised due diligence throughout the rigorous procurement process. To ensure the national economy benefitted from the initiative, it was decided that the four principal local suppliers of these types of vehicles would be approached to obtain quotations.

“The multi-terrain Jeep Wrangler Vehicles met all the criteria, were available locally and the distributor was prepared to undertake the necessary modifications that would enable the vehicles to operate in difficult, multi-hazard environments,” they added.

Noting carefully the comments in the public domain, the Office also advised that the government is set to receive other high-water vehicles to improve the capabilities of the first response agencies and field tablets through the US government.

They also revealed that an official and better-publicised handover ceremony for the vehicles and tablets will be held in due course.

ODPM warns public to prepare for passage of TS Gonzalo