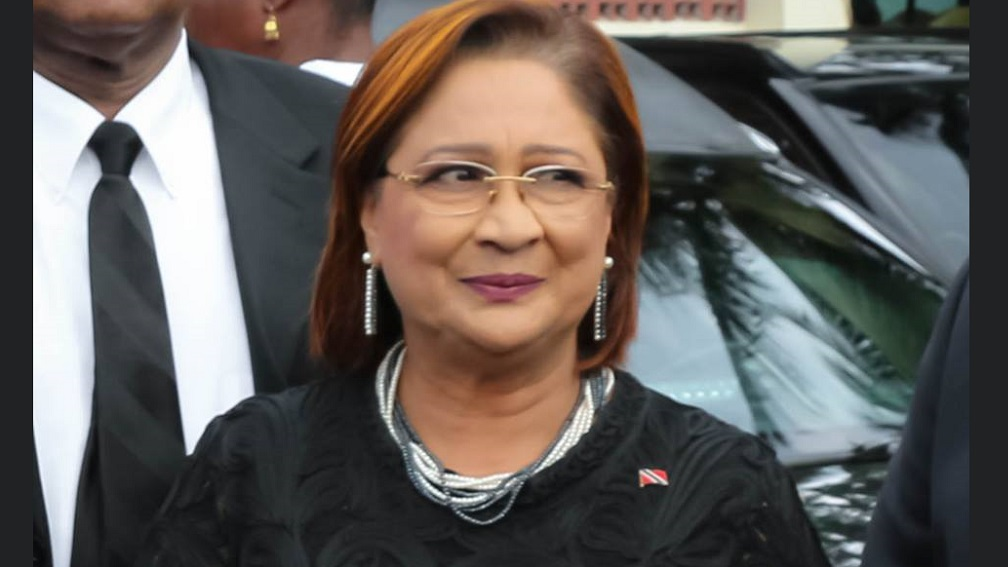 Opposition Leader Kamla Persad-Bissessar is calling for citizens 'join hands' and support a planned day of 'rest and reflection' organised by trade unions on Friday.

In a statement issued Thursday, Persad-Bissessar said citizens should impress upon government the need to protect the nation's resources, adding that the offices of the Opposition Leader, the Siparia MP's office and the UNC's officer would all be closed on that day.

"I am recommending that on Friday September 7th 2018, you and your staff and friends and family take the opportunity to rest and reflect on our current circumstances and plan a way forward. If you do have to go out, wear black."

"In support of this initiative, I hereby advise that the headquarters of the United National Congress and other offices of the party be closed. Further, the Office of the MP for Siparia and the Office of the Leader of the Opposition will also be closed," she said.

Persad-Bissessar said the country is in crisis  as a result of "the incompetence, waste, corruption and mismanagement of the Rowley Government".

"Citizens continue to be robbed, raped and slaughtered by criminal activity with impunity. The health sector continues to be a source of grave concern as citizens are unable to access basic healthcare, medicine and specialist services."

"The Country's education system is failing to adequately prepare our children for the age of technology and the world of work. The nation's infrastructure has been abandoned with flooding becoming a daily experience for many."

"Our social services have been drastically cut down and many in desperate need of support have been abandoned, including children and adults with special needs and the elderly."

"Our economy is collapsing under massive national debt, foreign exchange shortage and the closure of small and medium sized businesses as business confidence crumples, except for the very wealthy"

"In fact in every sphere of Governance, this country has regressed and no amount of public relations gimmickry and spin doctoring can change that," she said.

"At the same time citizens are being taxed to oblivion whilst family, friends and financiers of the government continue to benefit in secret deals worth hundreds of millions of dollars, for which they refuse to account," she said.

"Now is not the time to stand aside. We must join hands together. Given the present state of our beloved Nation, I am of the view that we as citizens need to remind this Rowley Govt that the taxpayers have hired them to govern, to use the national resources for the national good, to safeguard life, limb and property and to account to citizens," she said.

On Friday, trade unions across the country said they will be holding a day of rest and reflection. Unions said they the rest day had been arranged since Labour Day but the movement has since gained momentum following Petrotrin's recent announcement to shut down its refinery.

The shutdown, which would see 1,700 workers on the breadline and affect 800 more, was done as a result of billion-dollar debts as well as an $850 million bond which was due to mature in August 2019.