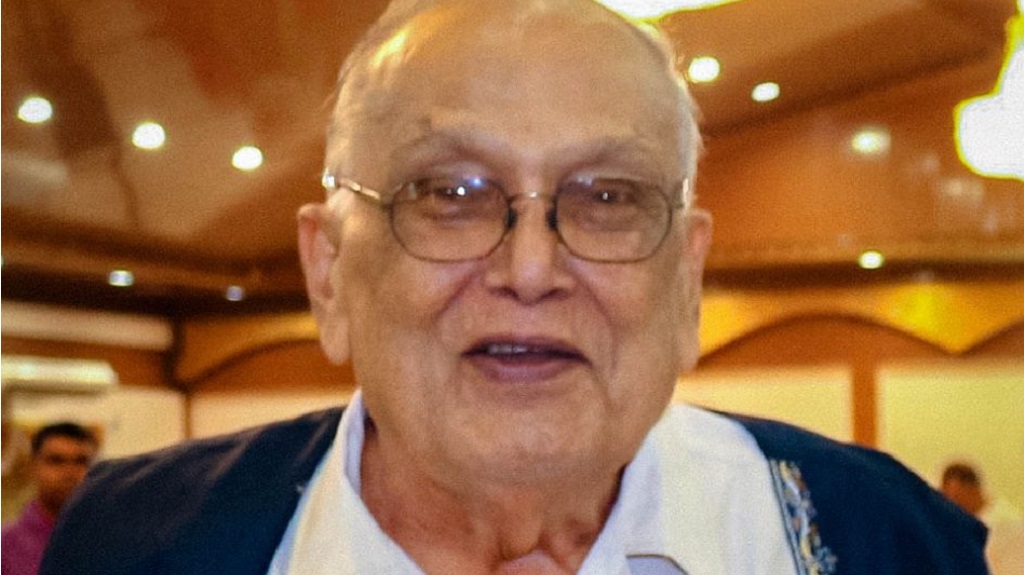 Opposition Leader Kamla Persad-Bissessar said Secretary-General of the Sanatan Dharma Maha Sabha, Satnarayan Maharaj, was a national icon who worked for the development of education and communities.

Maharaj reportedly passed away in his sleep on Saturday morning, after suffering from a stroke about a week ago.

In a statement issued Saturday following news of Maharaj's passing, Persad-Bissessar said Maharaj was a 'great friend and father figure'.

"I join the nation in mourning a giant of a man, who spent his life in service to Trinidad and Tobago. I am deeply saddened by the passing of a national icon, Sri Satnarayan Maharaj."

"Sat worked throughout his life to develop communities and build on his vision for education. His strides in cultural development and education reached to every citizen and directly touched tens of thousands. Almost as a result of his personal initiatives the culture of every ethnic group was incorporated, taught and celebrated in the Sanatan Dharma Maha Sabha (SDMS) schools."

"I consider him a great friend and a father figure. Throughout the time I have known him, I have found him to be wise, kind, generous, and always willing to help others. He gave me my first job at an SDMS school, an experience which helped shape me, and kindled my own passion for education and working to improve our country’s education system. For this, I am grateful."

"Under his tenure as Secretary General of the SDMS, 42 schools were modernized and five sec­ondary schools as well as 12 ear­ly child­hood ed­u­ca­tion cen­tres were built."

"He recognized the importance of incorporating technology in the classroom, and in 2014, in partnership with the Ministry of Education and Samsung, the Maha Sabha’s Lakshmi Girls Hindu College became one of two schools to implement a pilot “smart classroom” project, which was hailed as a success."

"In addition to this, several students of the SDMS schools have received National Scholarships over the years, a testament to the high quality of these institutions."

"Sat dedicated his life to the fight for equality and equity. He challenged the state against discrimination and won, and he championed free speech at great personal cost."

"In one landmark case, the constitutionality of the Trinity Cross, the nation's highest award, was challenged on the grounds that its continued existence and award were in breach of the applicants' fundamental rights as guaranteed by certain Sections of the Constitution. In May 2006, Mr. Justice Jamadar ruled that "the Trinity Cross is strictly a Christian symbol, and as a result, it discriminates in a multi-religious society.” This ruling was a significant step for the people of a multi-religious and multi-ethnic society.

"He was a true giant among men, but sadly, this was one battle he could not overcome. Trinidad and Tobago is poorer for the loss of this great man, who dedicated his entire life to the upliftment and advancement of our people.

"Even as we mourn his loss, let us remind ourselves of his legacy, and seek to emulate his dedication to building our nation," she said.

She said the public should focus on his achievements.

"On my own behalf, and on behalf of the United National Congress, I offer condolences to the family and friends of Sri Satnarayan Maharaj. I pray that his family can find comfort in this difficult time.

"I say to all today who may be mourning, let us try to not dwell on his passing but on his great achievements as in the holy text, the Bhagavad Gita, Lord Krishna says to Arjuna:

"“The Spirit is neither born nor does it die at any time. It does not come into being or cease to exist. It is unborn, eternal, permanent, and primaeval. The Spirit is not destroyed when the body is destroyed.” (2.20)