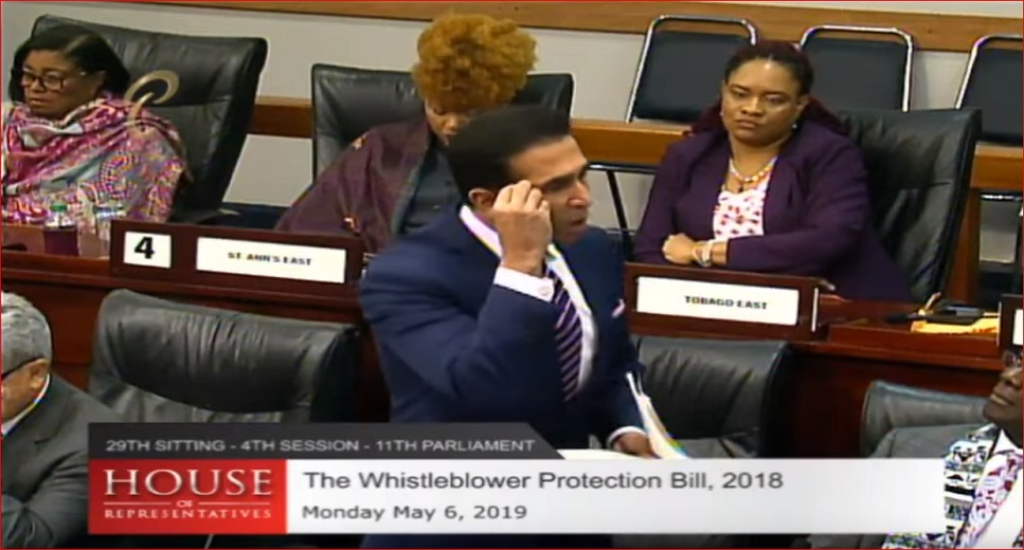 The Whistle­blow­er Pro­tec­tion Bill, 2018 was not passed in the Lower House after all 16 members of the Opposition voted against it on Monday.

The Bill requires a three-fifth majority to be passed.

This means that while all 22 members of the Government voted for the Bill, it could not move forward.

During the debate, the Opposition said it was concerned about witness anonymity, breaches in confidentiality and a clause which could possibly "amend the constitution".

The Opposition further made a request for the Bill to be moved to a Committee of the Whole for consideration clause by clause. The Bill was subsequently moved to the Committee stage, however, a vote was called shortly after which saw all Opposition members say 'no'.

Attorney General Faris Al-Rawi, at the wind up to the debate, expressed disapproval at Opposition Leader Kamla Persad-Bissessar's announcement that her party would not support the legislation. He also questioned the reason for the panic by the Opposition.

He implied that they were worried about the Bill being passed.

"Sometimes Freud was right...the slip happens so innocently from the mouths of certain people that you only need to look a little bit harder at the situation to understand what is causing panic and fear amongst certain members of the society echoed here," he said.

The House of Representatives has adjourned to May 10.