This Orange Is the New Black star just got engaged 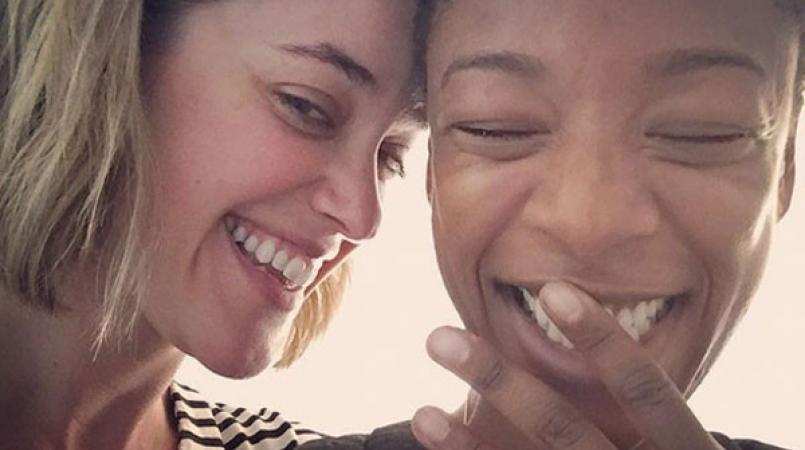 Samira Wiley has had a pretty whirlwind year.

The Orange Is The New Black star announced her engagement to girlfriend, Lauren Morelli, who is a writer and producer on the series.

Wiley, who portrayed Poussey Washington on the Netflix hit series, made the announcement via her Instagram on Tuesday with a selfie of herself and Morelli showing off a diamond ring. The photo was captioned with a simple, “Yes”.

She made an exit from the series after her character died tragically in the penultimate episode of the last season, devastating OITNB fans everywhere.

The pair started dating in 2014 after Morelli’s divorce from her husband, Steve Basilone. Morelli came out as gay later that year, penning an essay in Identities.Mic. "I realized I was gay in fall 2012," she wrote, "one of my first days on the [OITNB] set."

"It wasn't so much one thing, but the sum of many small details: how uncomfortable I felt around groups of lesbians or how I considered myself (shrug) a 'not very sexual person,'" she explained.

"When considered alone, these seemed like little quirks that made me me. Wanting to read a book instead of have sex is a perfectly reasonable preference to have, right? But on set, these small moments came into sharp relief, and I found myself answering to an endless stream of cast members who peppered me with questions like a gaggle of kindergarteners curious about their new teacher. 'Are you dating anyone?' 'You're married?' 'To a man?' 'But you used to kiss girls?' 'Do you miss it?' I was finally forced to consider a question that had never, ever occurred to me before: 'Holy s--t, am I gay?'"

When she came to terms with her sexuality, she came out to her family, friends and co-workers. As she wrote in her 2014 Identities.Mic essay, "I went through it all on set: I fell in love with a woman, and I watched my life play out on screen...It feels liberating and appropriate to live my life in front of you."