Osaka powers into US Open semifinals by routing Tsurenko 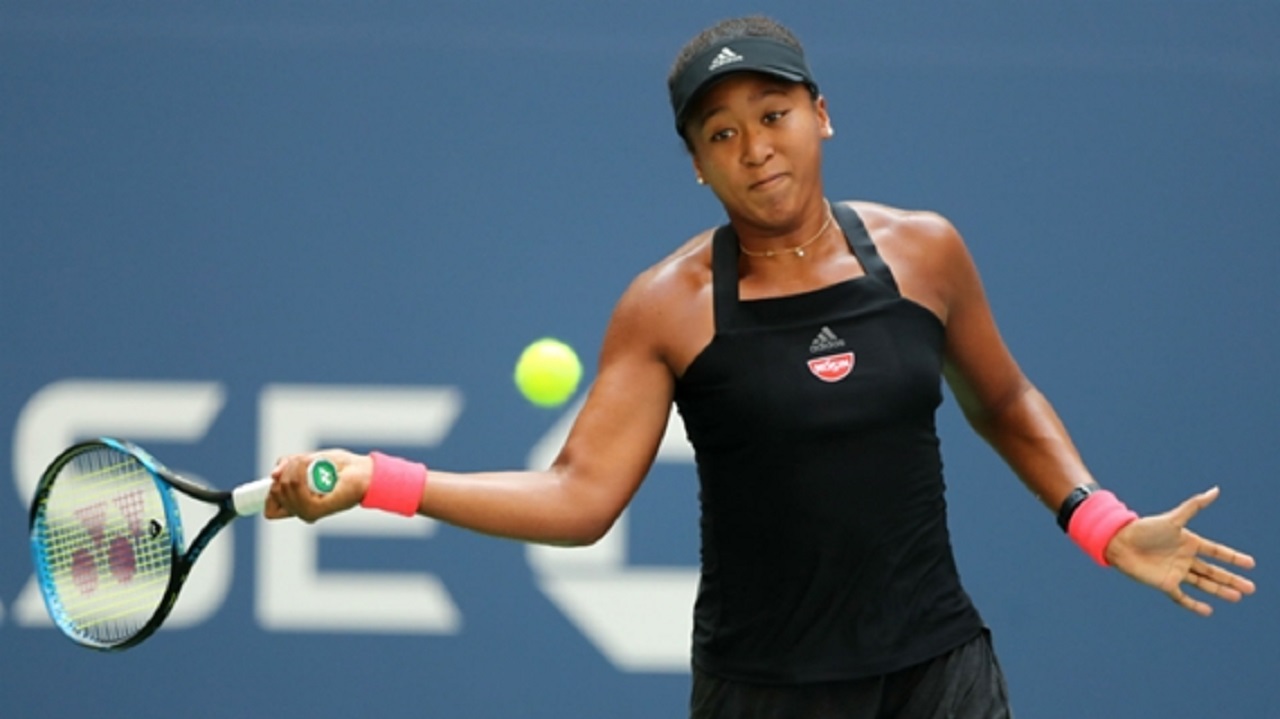 Naomi Osaka in the US Open quarter-finals.

Naomi Osaka charged into the first Grand Slam semifinal by a Japanese woman in 22 years, routing Lesia Tsurenko 6-1, 6-1 on Wednesday in the U.S. Open quarterfinals.

The No. 20 seed continued what's been a largely dominant run through the draw by winning in just 57 minutes, the third time in her five matches she didn't even have to play an hour.

Osaka moved from Japan to New York at age 3, and her deepest major run is coming at the same tournament she first visited as a child.

"Well, it definitely means a lot for me, and I always thought if I were to win a Grand Slam, the first one I'd want to win is the US Open, because I have grown up here and, like, then my grandparents can come and watch," she said. "I think it would be really cool."

She raced to a 3-0 lead in the first set and then 4-0 in the second against the shaky Tsurenko, who finished with more unforced errors than points in her first major quarterfinal.

Osaka will face either 14th-seeded Madison Keys or No. 30 Carla Suarez Navarro in the first major semifinal appearance for a Japanese woman since Kimiko Date reached the final four at Wimbledon in 1996.

Together, Osaka and Nishikori were the first Japanese woman and man to make the quarterfinals of the same Grand Slam since Date and Shuzo Matsuoka at Wimbledon in 1995.

The 20-year-old said she was nervous, claiming to be "freaking out inside" — though it certainly never showed.

"Just like my entire body was shaking, so I'm really glad I was able to play well today," she said.

She won 59 points to just 28 for the unseeded Ukrainian, who knocked off No. 2 seed Caroline Wozniacki in the second round.

But Tsurenko said she was sick Wednesday, waking up with a sore throat and not breathing well.

"Unfortunately during this tournament I had many issues with my health, and today was not my day obviously. I was not feeling well," she said.

Osaka had consecutive 50-minute matches earlier in the tournament, including a 6-0, 6-0 thrashing of Aliaksandra Sasnovich in the third round.

Tsurenko labored in the heat during her fourth-round victory over Marketa Vondrousova, having her temperature and blood checked during a medical timeout in the first set and nearly quitting when she trailed early in the second. She recovered to win in three sets, with her opponent accusing her of acting after the match.

It was another hot afternoon Wednesday, with temperatures in the high-80s (30s Celsius) but feeling some 10 degrees hotter with the humidity.

Tsurenko didn't appear bothered by the conditions, but whether it was her health or just first-time jitters, she was off from the minute she stepped onto Arthur Ashe Stadium.

She pushed some balls a few feet past the baseline, often failing to make Osaka do anything special to win a point and finishing with 31 unforced errors.

"I hate matches like this," Tsurenko said. "I didn't want to show this kind of game in front of this big crowd, but unfortunately I'm just not able to play now."

Nadal outlasts Thiem in US Open classic to reach semis

Federer stunned by 55th-ranked Millman in US Open 4th Round