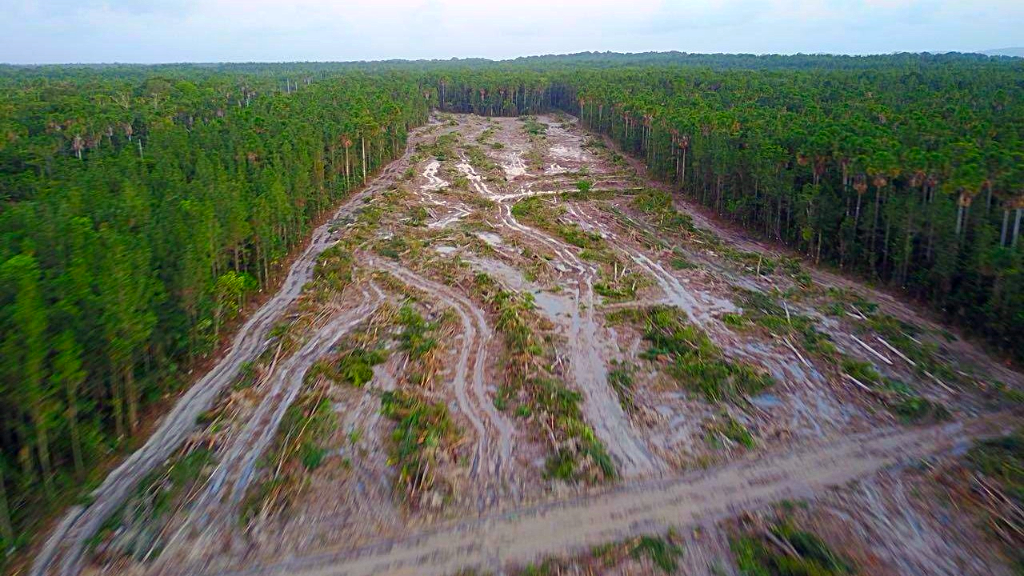 On Monday, conservation group Fishermen and Friends of the Sea showed photos of large swathes of land within the protected Aripo Savannas, which he said had been bulldozed.

Aboud shared video footage taken on January 8, 2017, which showed heavy machinery, including excavators and bulldozers, clearing land at the southern boundary of the Aripo Savannas, in preparation for construction works on a 5,000-metre extension to the Churchill Roosevelt Highway from Cumuto to Sangre Grande.

Aboud said the Environmental Management Authority’s (EMA) provision of a Certificate of Environmental Clearance (CEC) for the extension is now being challenged in court and that the area should not be cleared while the matter is pending.

“FFOS call upon all citizens to reject this move by the MOWT/NIDCO to steal a march against persons seeking to preserve our prized environmental heritage.”

“FFOS respectfully call upon the Government to act responsibly, to do the right thing and to immediately cease and desist from all or any further related works until the Court can fully ventilate the matter commenced in the public interest by FFOS.” 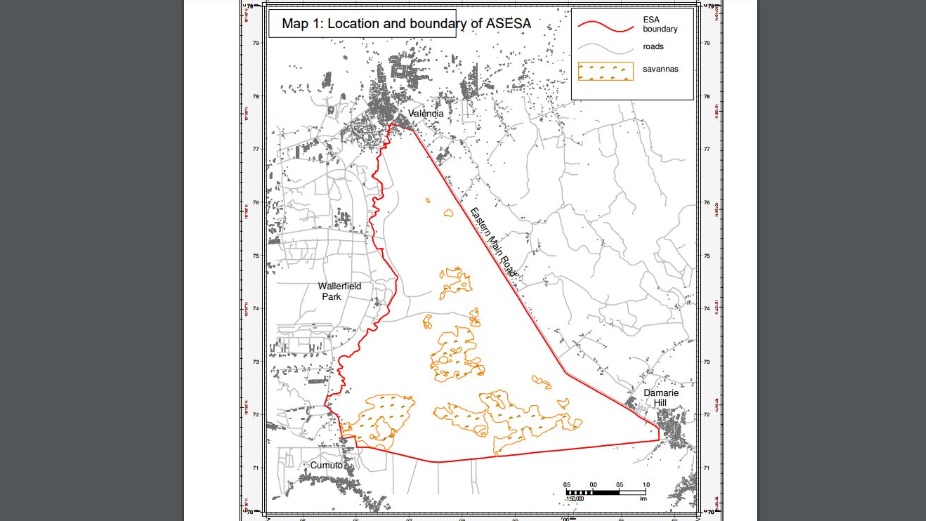 (Photo: Map and boundary of the Aripo Savannas, courtesy the EMA.)

The Aripo Savannas is an Environmentally Sensitive Area and supports a diverse group of organisms, including red brocket deer, armadillo, lappe and porcupine and the ocelot, a designated environmentally sensitive species whose population is threatened.

The FFOS said rare and vulnerable species of birds include the scarlet-shouldered parrotlet, the white-tailed golden-throat hummingbird, the savanna hawk, the sulphury flycatcher and red-bellied macaw which feeds on the seeds of the moriche palms.

In addition, the group said the Aripo Savannas supports endemic species of flora and of rare orchids, clubmoss and several species of bladderwort and the sundew, an insectivorous (consumes insects) plant which are not found anywhere else in Trinidad and Tobago, as well as the most outstanding stands of moriche palms (Mauritia setigera) in the country. 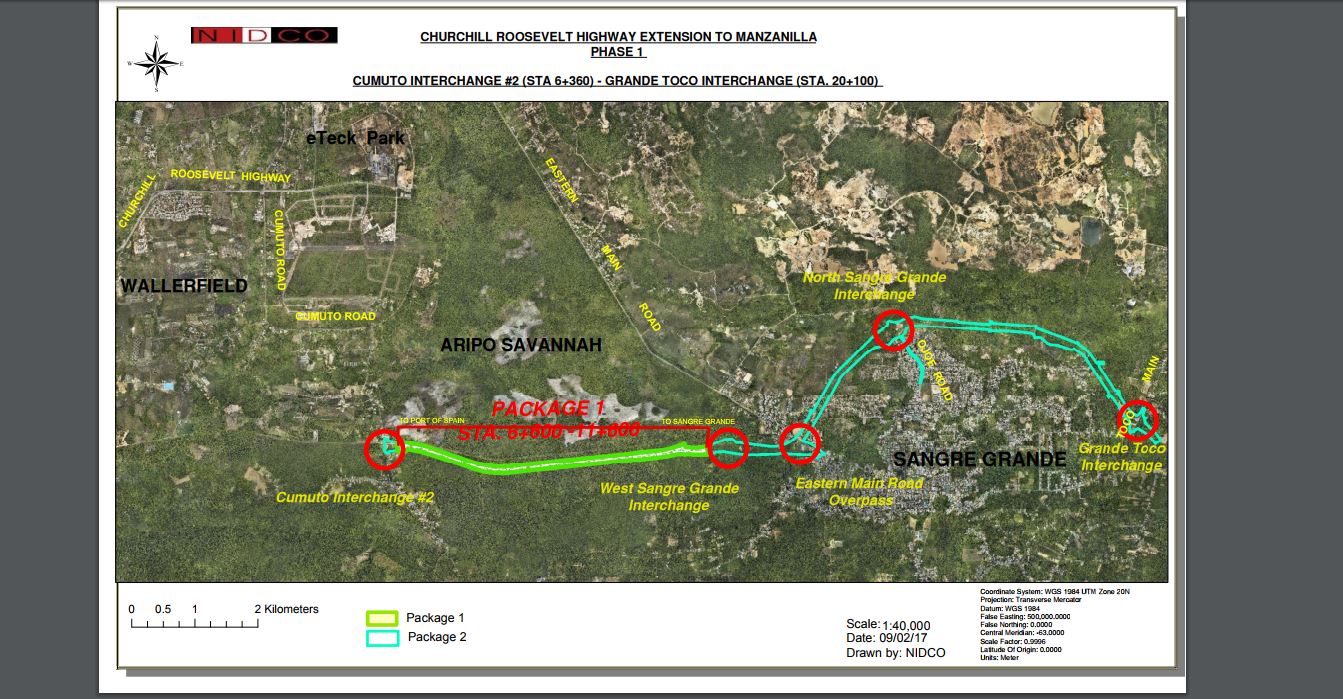 (Photo: Map of the proposed highway extension from Cumuto to Sangre Grande, which was granted a CEC by the EMA).

Minister of Agriculture, Lands and Fisheries, Clarence Rambharat said in a statement that the matter is subject to litigation and that so far, the activities do not involve the Aripo Savannah.

“In response to various posts about NIDCO's activities on the proposed highway from Cumuto to Manzanilla, I have said that (i) so far the activities do not involve the Aripo Savannah, (ii) it is the EMA that is responsible for the environmental aspects of these projects and the grant of approval (iii) the grant of a CEC by the EMA for this particular project is the subject of litigation for several months.”

LoopTT has reached out to Works and Transport Minister Rohan Sinanan for a response.