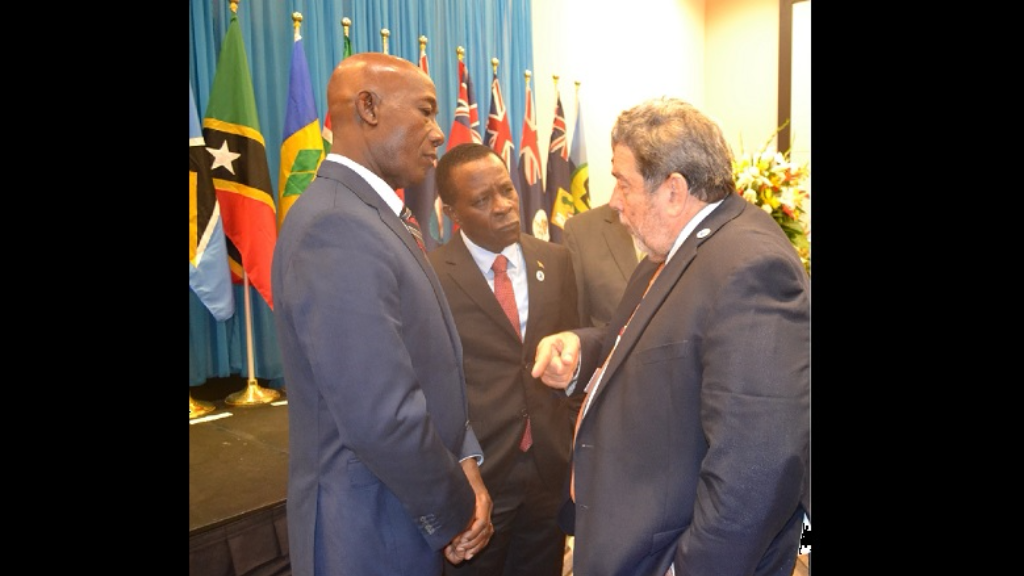 He made the comment during the plenary session of the Twenty-Ninth Inter-Sessional CARICOM Heads of Government Meeting in Port-au-Prince, Haiti on Monday.

During his remarks, Prime Minister Mitchell expressed strong objection to the blacklisting. He also called for the full implementation of the recommendations made by the Prime Ministerial Sub-Committee on Cricket, saying that the “community must take responsibility for what should be a public good.”

In 2017, a total of 17 countries were blacklisted for refusing to co-operate with the EU's crackdown on tax havens.

Meanwhile, incoming CARICOM Chairman and President of the Republic of Haiti, Jovenel Moïse, urged the region to abide by international climate commitments, specifically naming the Paris Climate Agreement during his remarks. He indicated that Haiti feels a certain attachment to the issue of climate change and sustainability and that it was important that the region is prepared for the intensity of extreme and adverse weather events. He also called for a reinforcement of existing mechanisms to respond to the needs of affected countries and victims.

Speaking during the plenary session, Prime Minister of St Lucia, Allen Michael Chastanet, echoed the sentiments of President Moïse as he led the discussion on Disaster Management and Recovery and Climate Change Actions and Financing. He made a passionate plea for CARICOM to act swiftly to strengthen its ability to respond to natural disasters, stressing that climate change knows no discrimination and the wider region must do more to strengthen the Caribbean Disaster Emergency Management Agency (CDEMA).

The presentation by the Prime Minister of St Lucia also included a discussion on the Caribbean Catastrophe Risk Insurance Facility (CCRIF) and its Re-Capitalisation. It was revealed that the unprecedented natural disaster occurrences in 2017 have resulted in a significant draw on the insurance mechanism.

Regional Security also features high on the agenda at the Twenty-Ninth Inter-Sessional Meeting of Heads of Government of the Caribbean Community.

Prime Minister Dr Keith Rowley currently leads the Council for National Security and Law Enforcement (CONSLE). Given the overarching importance of security in the region CONSLE, under Dr Rowley’s chairmanship, mandated the Implementation Agency for Crime and Security (IMPACS) to develop a Counter-Terrorism Strategy for the region.

This process began in November 2016 and saw the Counter-Terrorism Strategy Conference being held in Trinidad and Tobago in June 2017. The conference presented an opportunity for CARICOM Member States to consider and reach consensus on the draft strategy.

Today in Haiti, Dr Rowley was expected to lead the discussions on regional security in caucus with a view to finalizing the draft Counter-Terrorism Strategy.

The caucus meeting was still in session at the time of the media release.