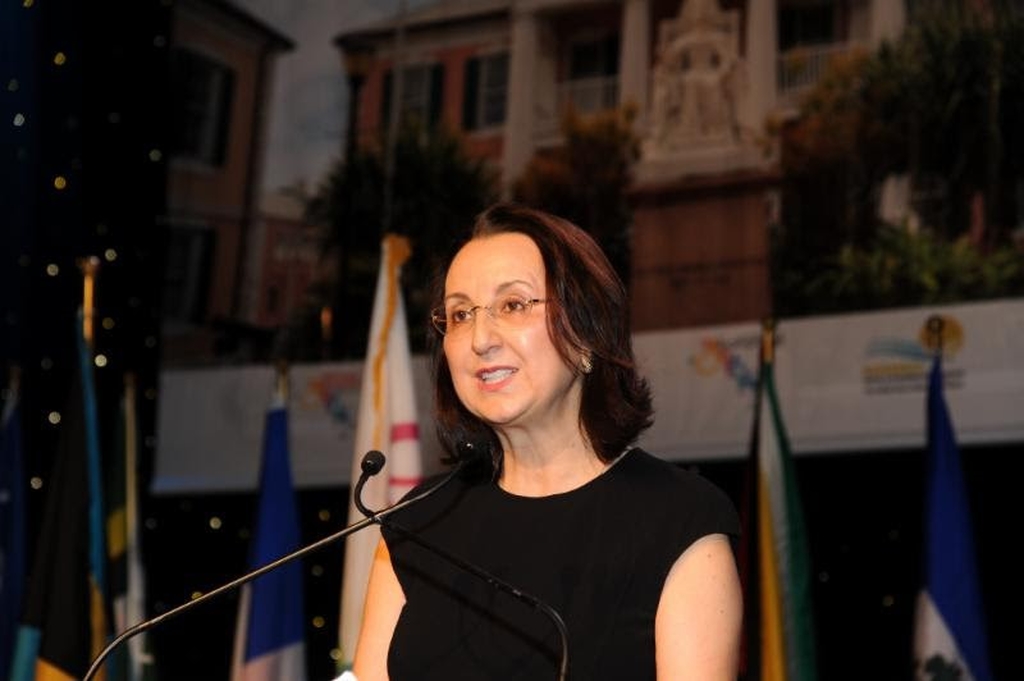 As the fourth Caribbean Hospitality Industry Exchange Forum (CHIEF) gets underway in Miami this weekend, the CEO of the Caribbean's largest private sector organisation is paying tribute to one of its leaders for uniting the region in the aftermath of last September's hurricanes.

Frank Comito, CEO and Director General of the Caribbean Hotel and Tourism Association (CHTA), lauded the leadership of outgoing CHTA President Karolin Troubetzkoy of St. Lucia for her protection and promotion of the Caribbean brand and also for her personal and corporate support of destinations that were severely impacted by last year's twin storms.

Speaking ahead of the official opening of CHIEF at the Hyatt Regency Miami, Comito described Troubetzkoy's presidency as "pervasive and powerful" - from addressing the Zika epidemic, immediately upon taking the reins of the organisation, to helping Caribbean people put their lives back together after Hurricanes Irma and Maria ripped communities apart.

"Looking back at the many successful rehabilitation and recovery initiatives, it is important to remember the selfless and untiring efforts of Karolin Troubetzkoy who has been a bold champion of our brand and our people," Comito said.

Highlighting Troubetzkoy's role in the launch of the "One Caribbean Family" initiative, which united hotels and businesses to do good, he added the initiative also underscored the fact that more than 70 percent of Caribbean destinations were not affected by the storms and were ready to welcome visitors so they, in turn, could help affected neighboring islands and their people.

"Those of us who are open for business are going to benefit from business that was meant for other islands ... so we should try to give back," Troubetzkoy implored last year, encouraging fellow hoteliers to support the Caribbean Tourism Recovery Fund, borne of the "One Caribbean Family" campaign.

The Recovery Fund, administered by the Tourism Cares organisation, a nonprofit supported by the world's leading tourism companies and organisations, was created to propel long-term recovery and strengthen the ability of impacted destinations to rebound as quickly as possible.

CHTA members and tourism partners within and without the region supported the fund, which raised more than a quarter of a million US dollars, Comito reported.

"It is especially humbling to be handed the reins by Karolin Troubetzkoy, an icon of our profession," said Patricia Affonso Dass, incoming CHTA President. "Karolin went way beyond the call of duty - when she graciously agreed to start her tenure several months earlier - a wonderful bonus to have more of her bold approaches and her diplomatic clout enhancing our work. Her leadership and tireless work to support relief and recovery efforts comforted many. She led the charge in telling the world and our travel partners that much of the region was 'open for business' for which many in our region should be eternally grateful."